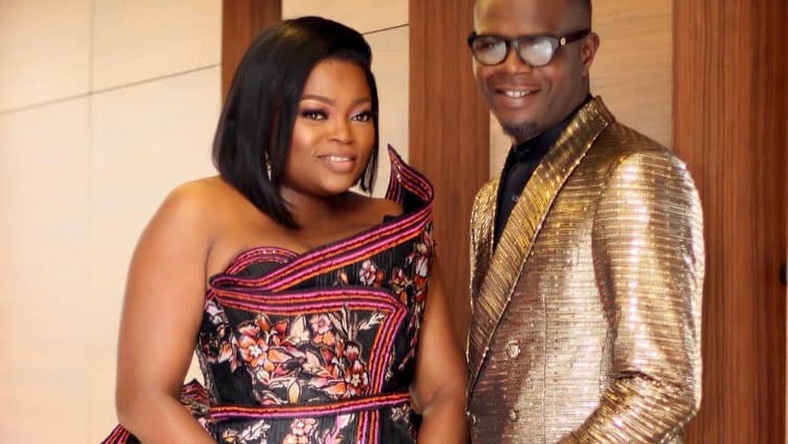 Nollywood Actress Funke Akindele and her husband,Abdulrasheed Bello aka JJC Skillz has been sentenced to 14 days community service also to pay a fine of N100,000 each.

The Magistrate court sitting in Ogba, Lagos state,ordered that they should be placed in self-isolation, added that they must compile the names and phone numbers of everyone who attended Bello’s birthday party and submit same to the court.

The court said, Funke and  JJC Skillz must visit 10 important public places within Lagos State to educate the public on the consequences of non compliance with the restriction order and must submit the names and phone numbers of every person who attended their house party.

Recall that the couple threw a birthday party on Saturday, defying the ban on social distancing by the Lagos State government.

Funke Akindele and her husband JJC Skillz were arrested by operatives of Lagos State Police Command following a viral video showing a large number of persons mainly in the entertainment industry in an Estate, along Ajah, Ibeju-Lekki axis, Lagos celebrating a birthday party organised by actress and her husband.