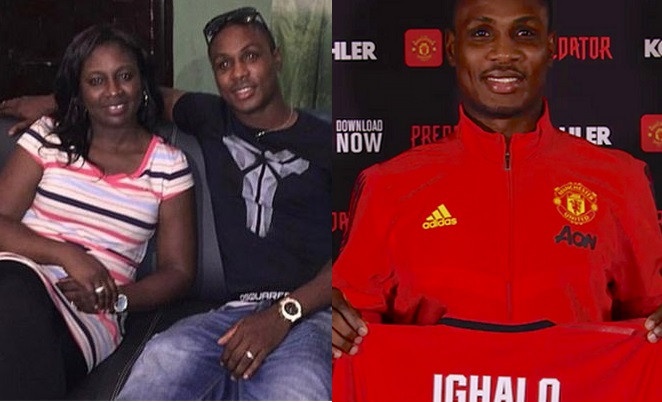 Manchester United loanee Odion Ighalo who sealed  loan move from Chinese club Shanghai  Shenhua  has opened up on the tragedy that left him heartbroken in December.

The former Watford striker revealed that all goals he will scores for Manchester United will be dedicated to God and his big sister who tragically passed away last December.

Admitted he and his family members are struggling to come to terms with the loss.

The striker said: “I feel very emotional because it has not really struck me that my sister is gone forever and I am never going to see her again.

“My twin sister, Akhere, will call me, crying, saying she misses her and, sometimes when I am alone, I cry too. “It is a very painful loss but I am trying to be strong as a man.”

“Every goal I score from now until I finish my career will be dedicated to God and to her,” Ighalo continued.

“I dedicate every goal scores for Manchester United to God and to her.