After almost a week of waiting,the official portraits from Prince Louis’ christening have arrived. The photos were taken in the Morning Room at Clarence House – the official residence of Duke and Duchess of Cornwall Prince Charles and Camilla.

The new portraits, taken by British photographer Matt Holyoak, show the two-month-old son of Prince William and Kate Middleton with his parents, god parents, and other members of the royal family.

The Cambridges were also captured in a perfect family shot, which shows just how grown up Princess Charlotte and Prince George are now.

The second photo includes members of the royal family. 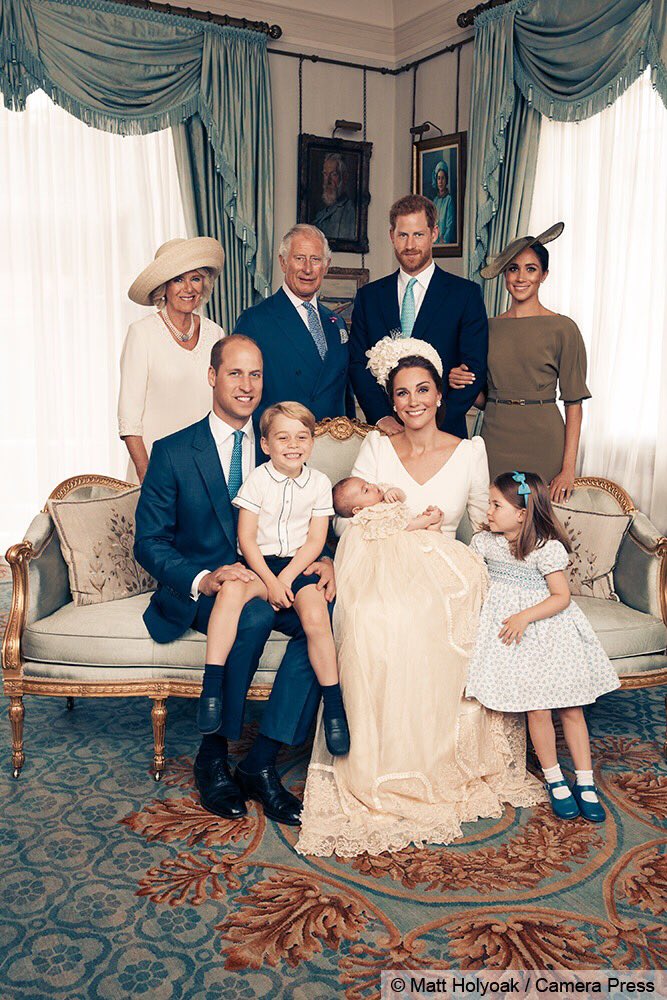 The third photo is of Prince William, Kate Middleton and their three children. 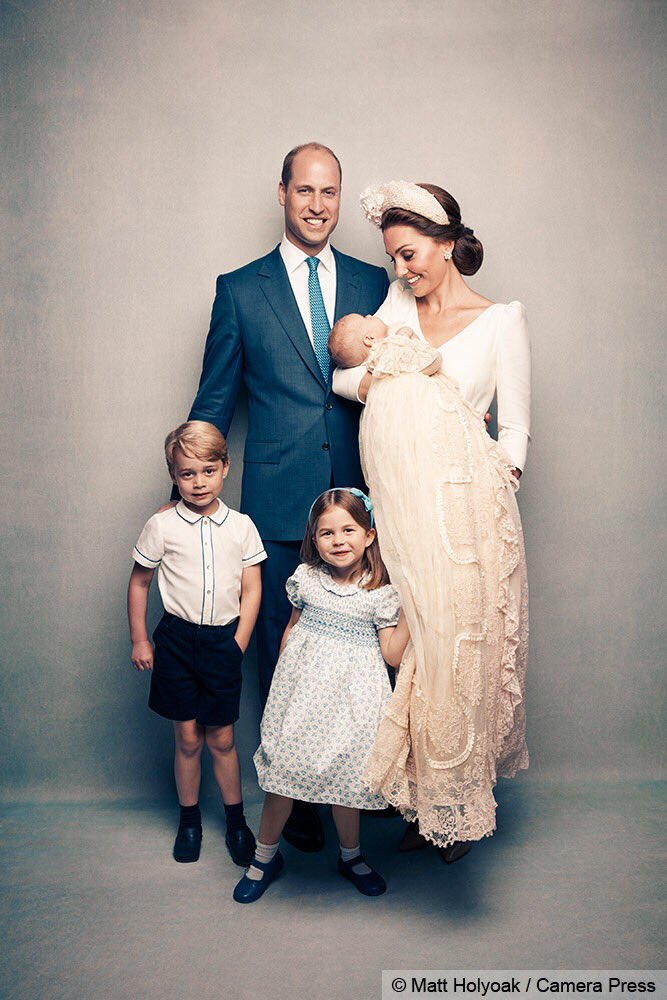 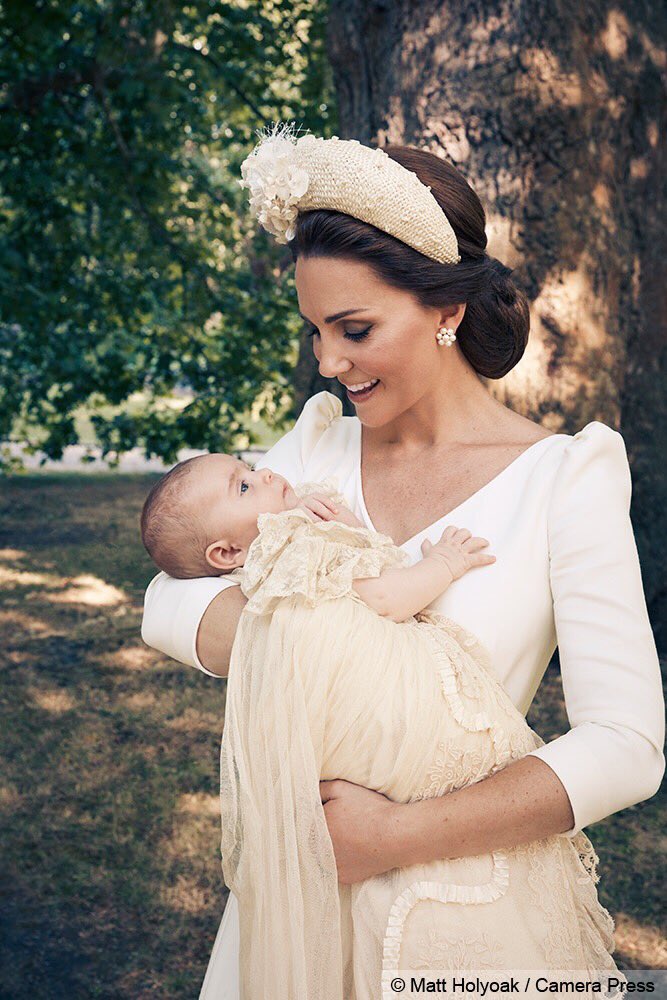