Both the MTN headquarters and their offices across the country have been shut by the Nigerian Labour Congress (NLC).

An NLC banner was hung on the gate, saying, “Nigerian Labour Congress says no to MTN Anti-Labour Stance in Nigeria.”

According to PM News, Olajuwon Olaide, the chairman of NUPTE, said the sealing off of the offices is as a result of the telecommunications company restricting its staff from unionising.

MTN has been countering our decisions, which haven’t been favourable to both the union and the members of staff.

In South Africa where they came from, their staff are participating in unionism but they are not allowing that in Nigeria.

They are taking us for granted here in Nigeria and that has to stop. There should be equal right for all across the globe.

CCTV cameras were damaged, the staff member said, and other members of the staff beaten and forced out of the office.

An NLC banner was hung on the gate, saying, “Nigerian Labour Congress says no to MTN Anti-Labour Stance in Nigeria.”

The case was similar in Ibadan, as the National Union of Postal and Telecommunications Employees (NUPTE) on Monday shut down the MTN Ibadan office off Ring Road. 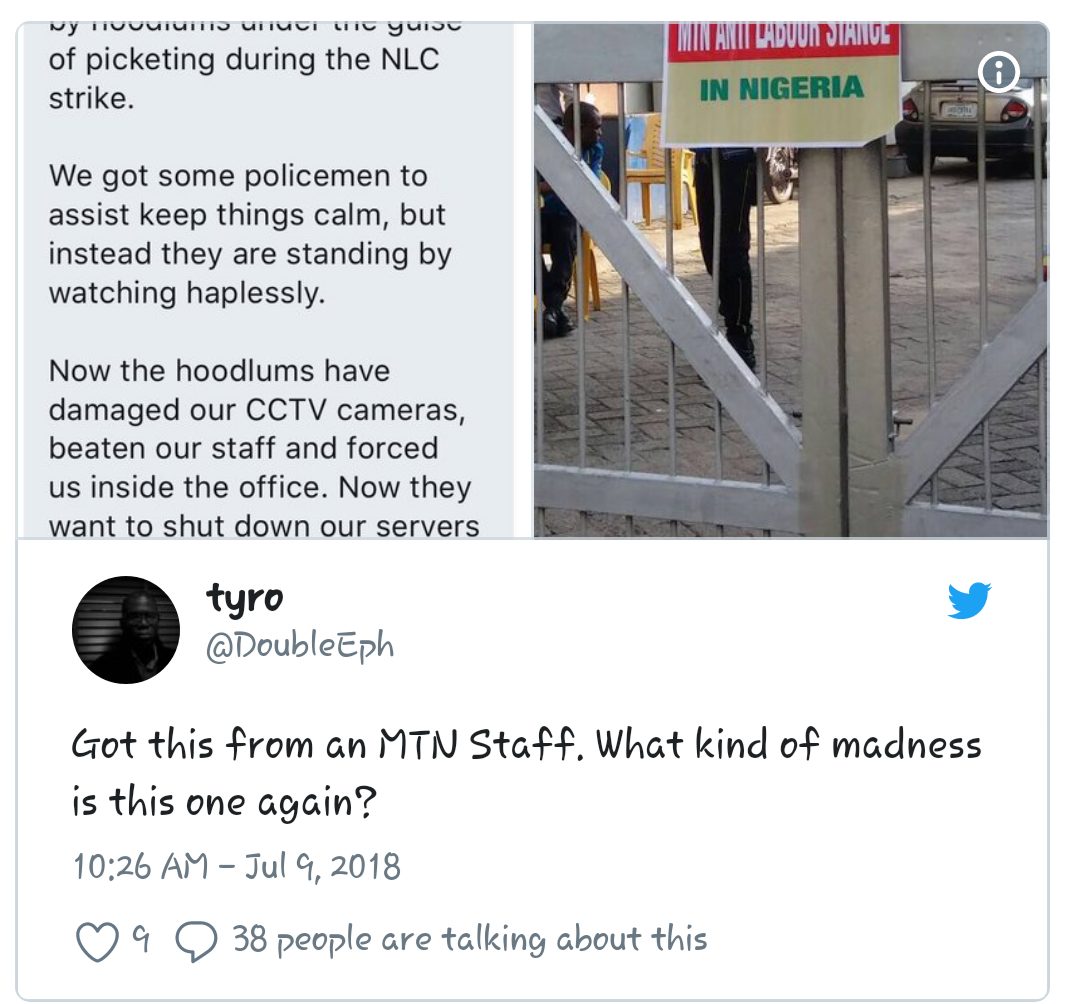