The France National football team were given a heroes’ welcome as they returned on Monday afternoon from Russia following their World Cup final 4 – 2 win over Croatia.

The team came back to euphoric crowds in Paris hoping to catch a glimpse of the players that have captured the nation’s imagination.

The world cup winners later proceeded to the Presidential Palace where they celebrated with President Macron and France’s first lady Brigitte Macron. 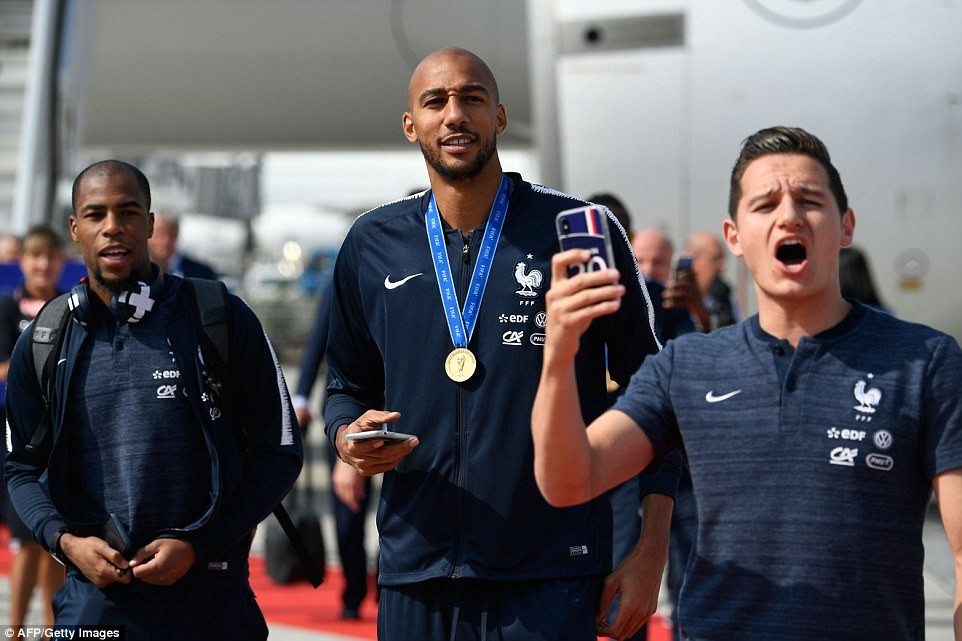 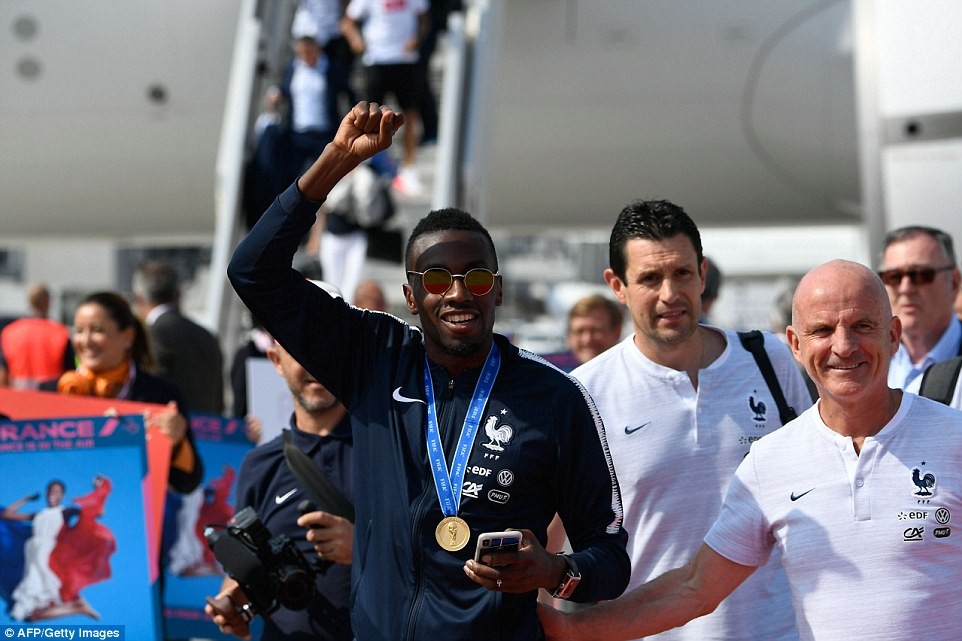 The team was then honoured with an official reception by President Emmanuel Macron. France beat Croatia 4-2 in the final in Moscow on Sunday.

500,000 French fans were on the ground to recieve the World Cup winners in Paris as they paraded down the famous Champs-Elysees avenue to celebrate their first World Cup win since 1998.

They are too beautiful, France is beautiful!” said Julia Cohen, 28, after seeing players pass by on the Champs-Elysees, the gathering point for all national celebrations. 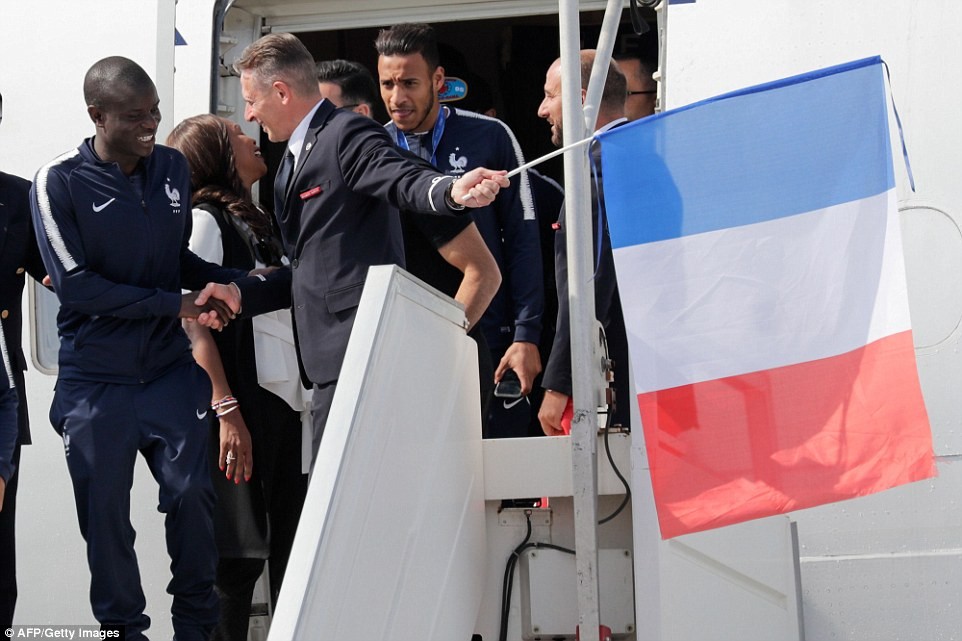 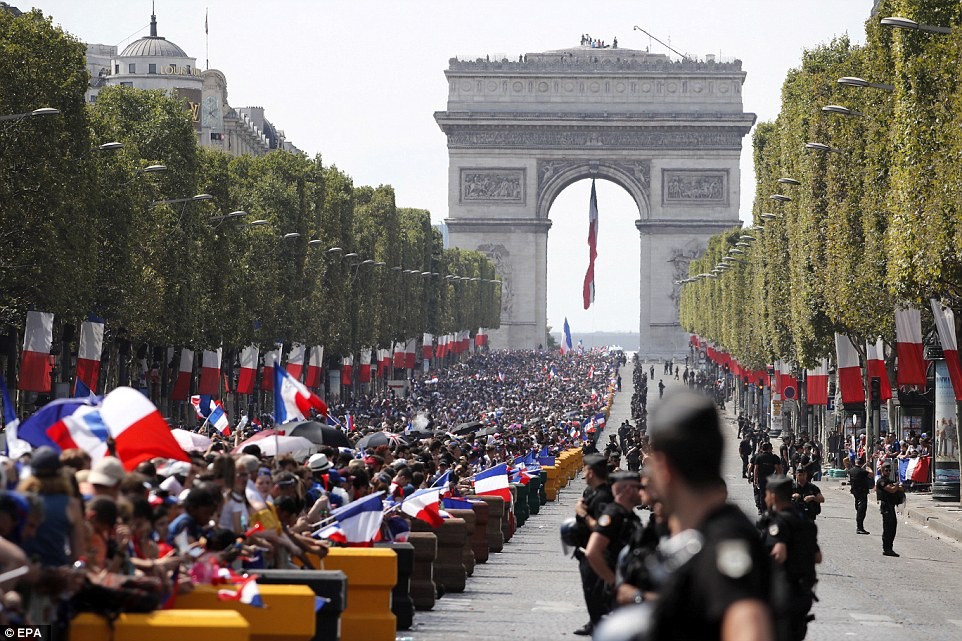 The first couple then posed with the team as they sang the Marseillaise national anthem and waved scarves for a joyous group photo, before heading inside for a private meeting.

“Thanks to you all!” Macron told the team after gathering again outside. “This team is beautiful because you are united!”

France President Macron has already promised the Legion of Honour for the victors’ “exceptional services” to the country, an award given to the legendary team that won France’s first World Cup title in 1998.

Mr Macron’s office announced that the players and their coach would receive the country’s highest accolade – the Légion d’Honneur. 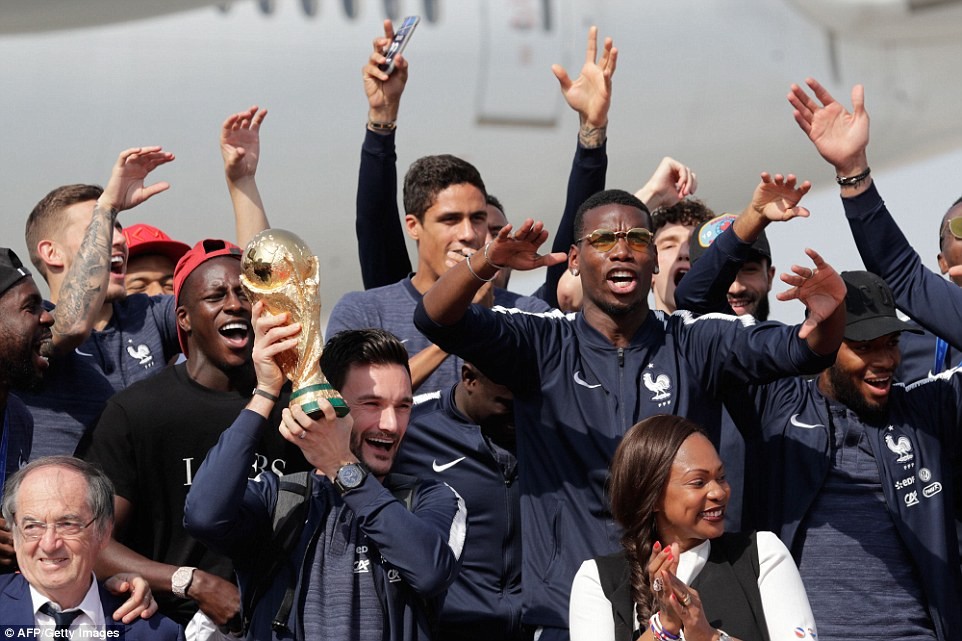 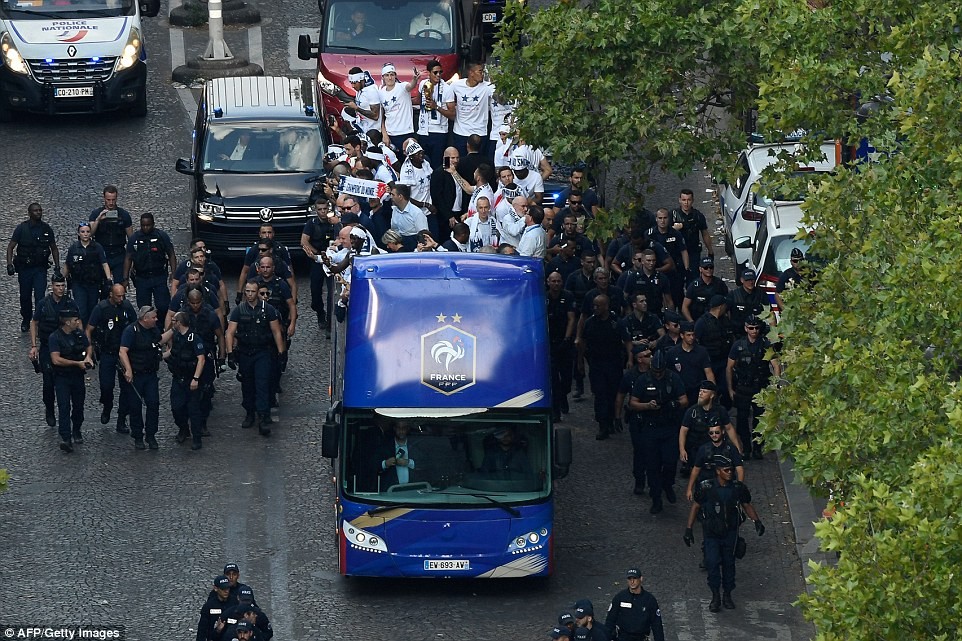 Later, Mr Macron and his wife, Brigitte, joined the players in a rendition of the French national anthem on the presidential palace steps.

Mr Macron thanked the footballers for “having made us proud”.

“Never forget where you come from: all the clubs across France that trained you,” he told them in the palace’s gardens. 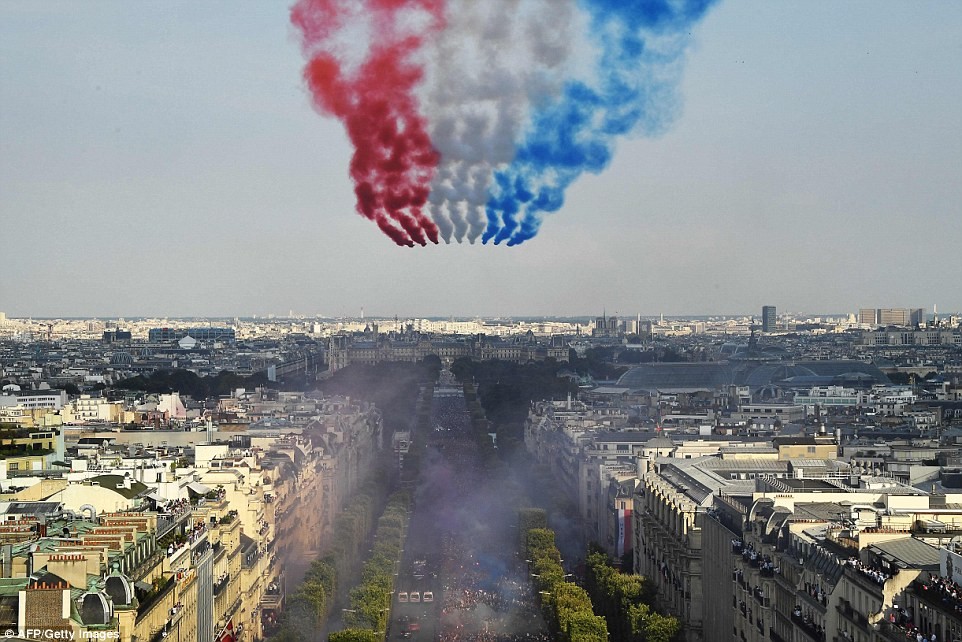 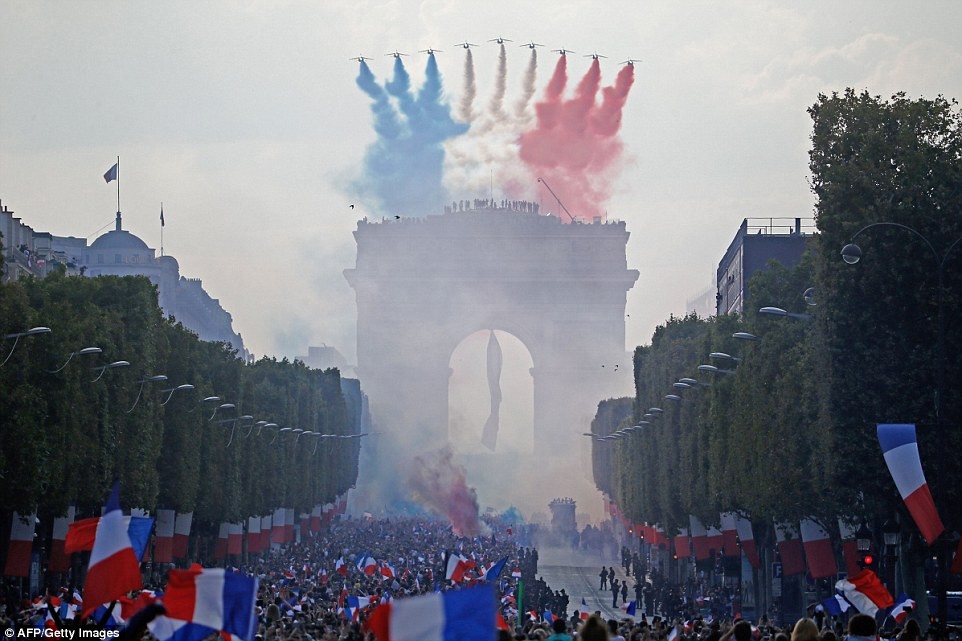 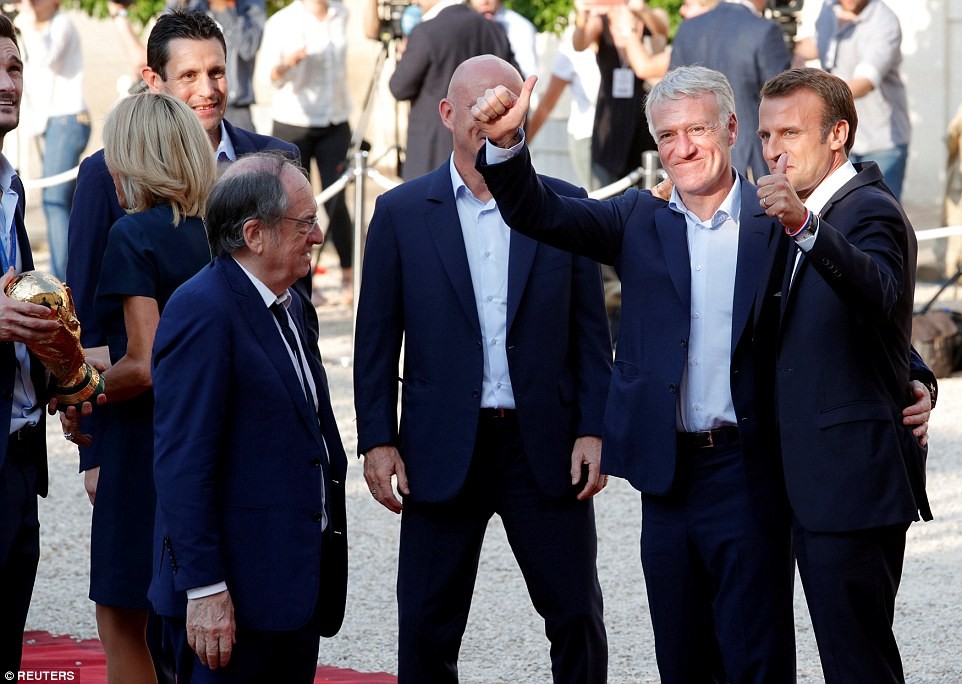 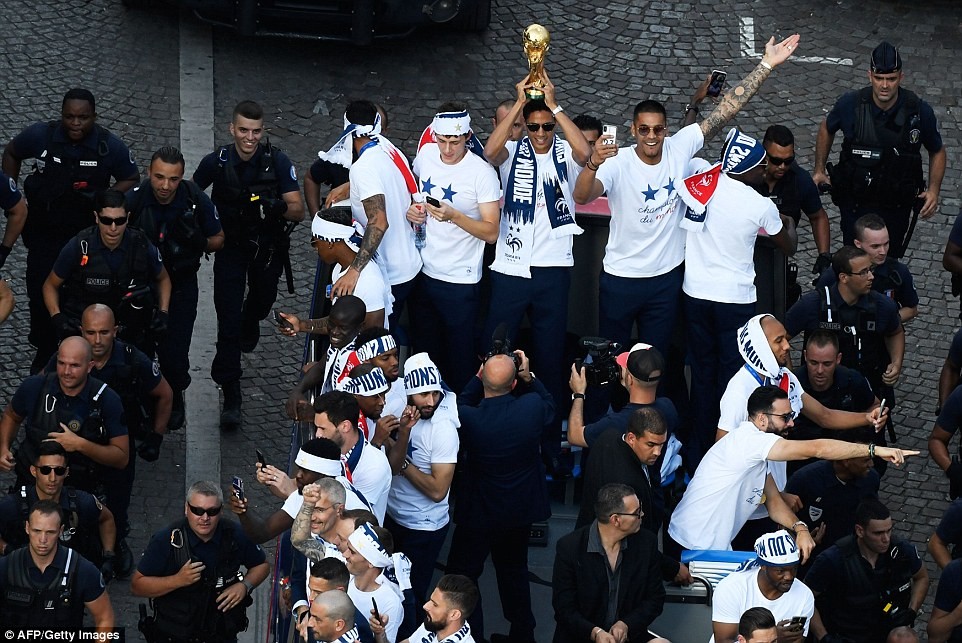 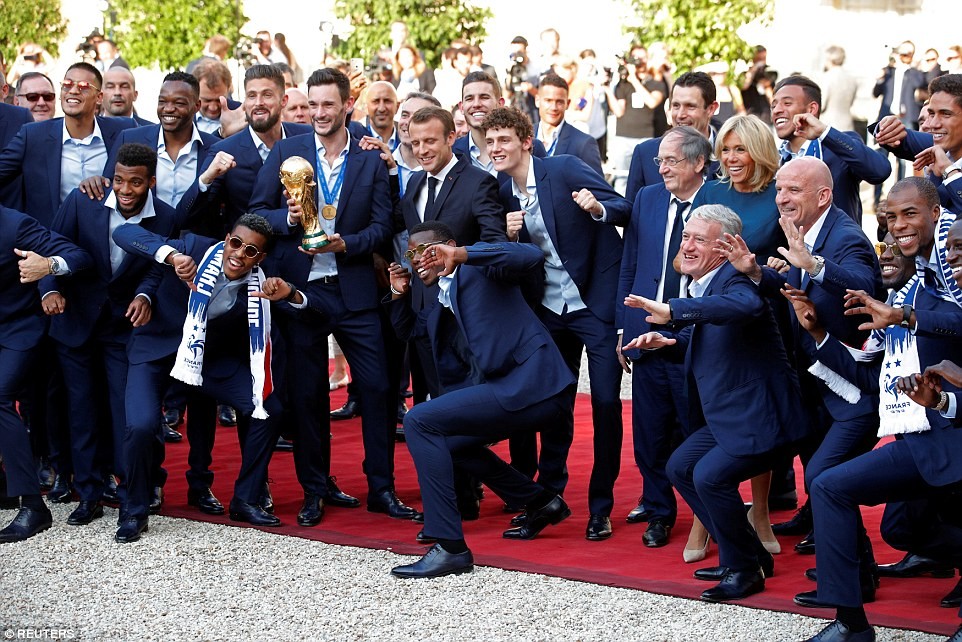 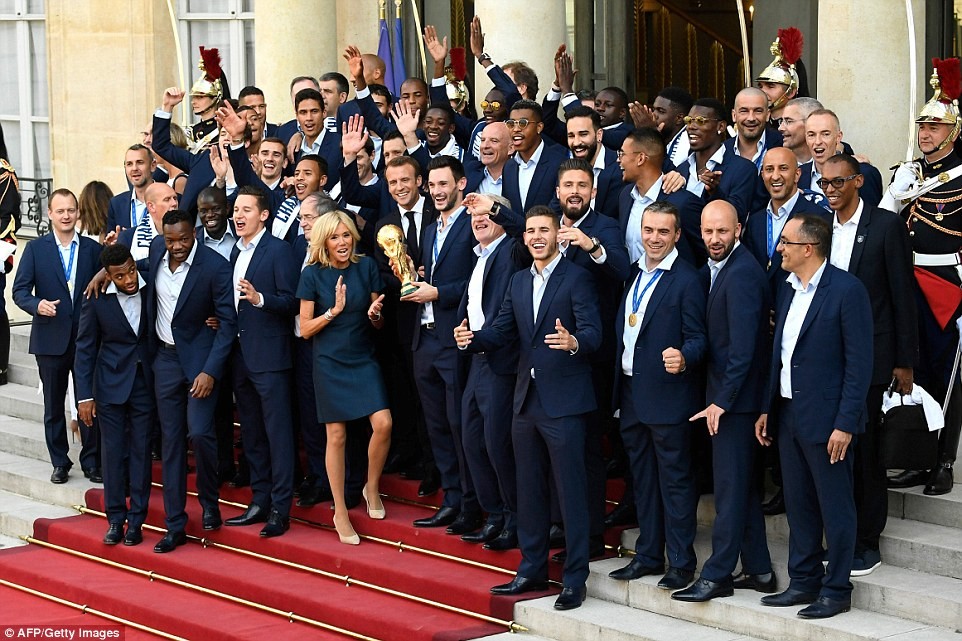 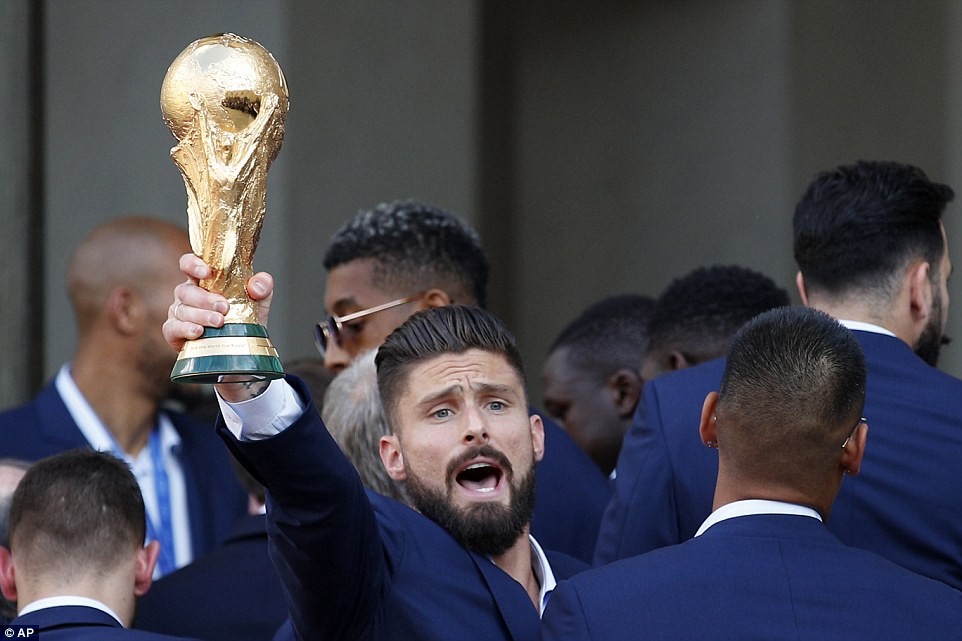 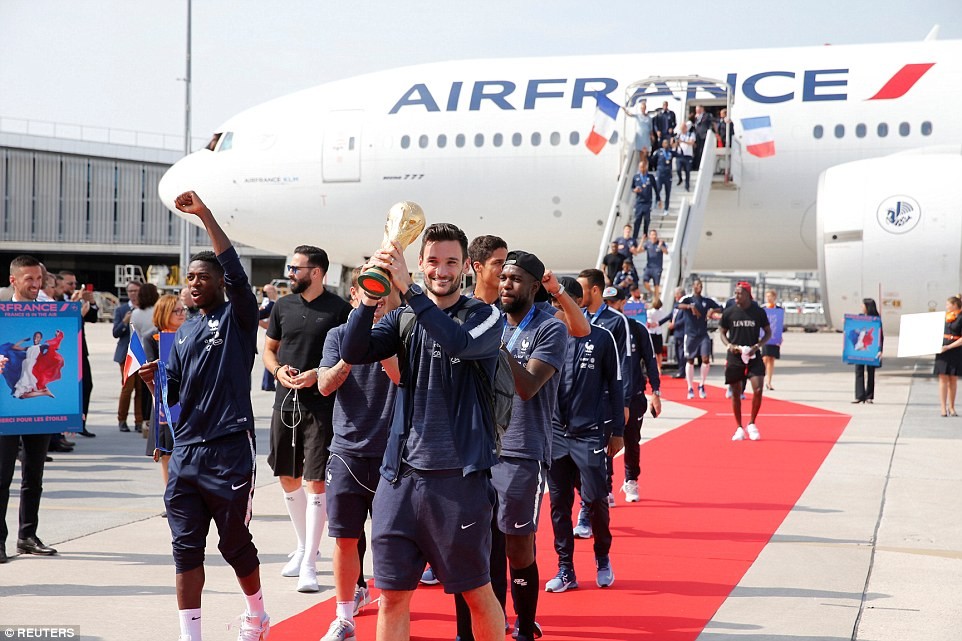 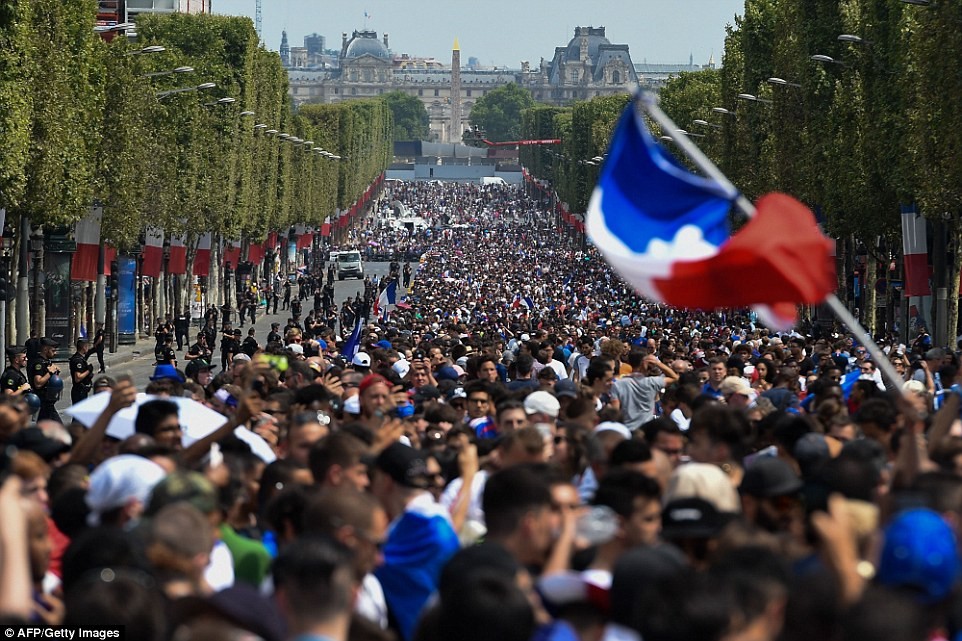 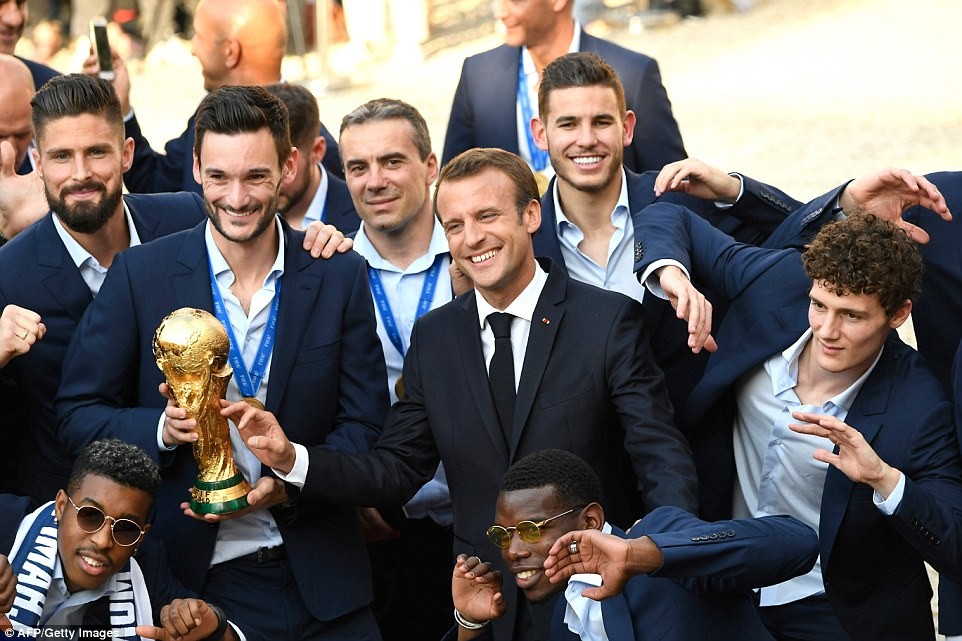 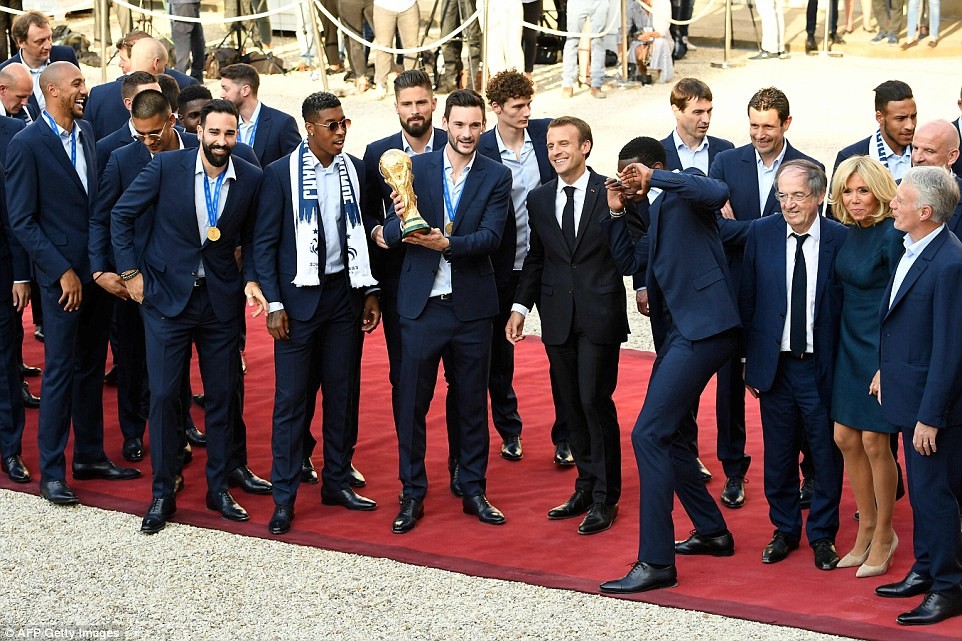 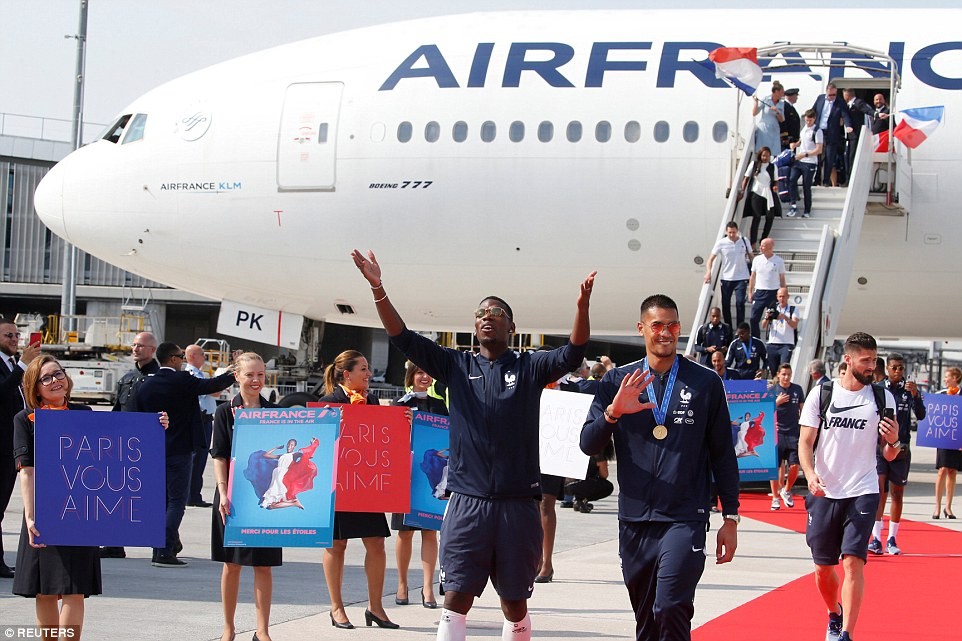 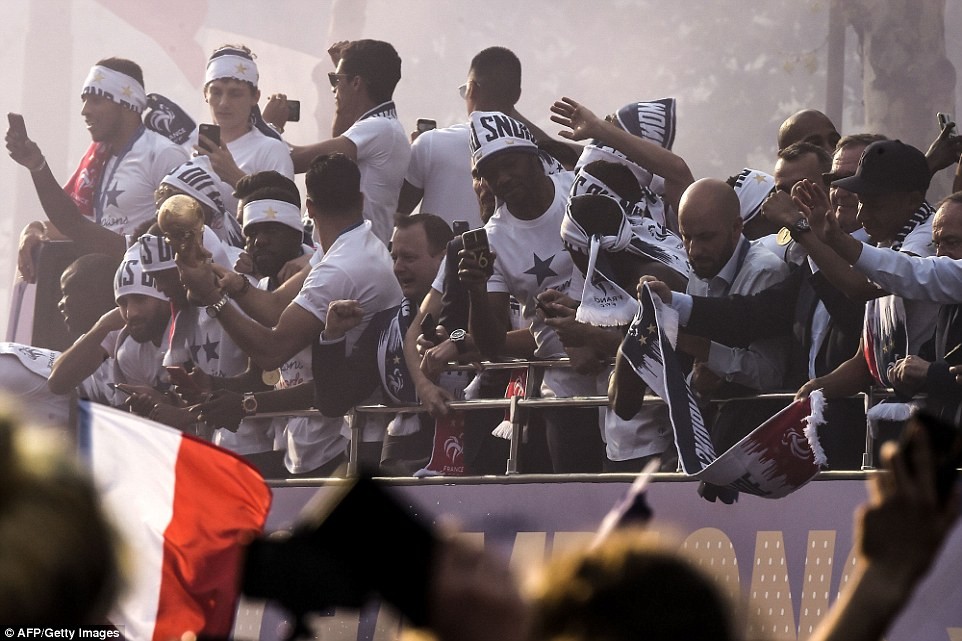 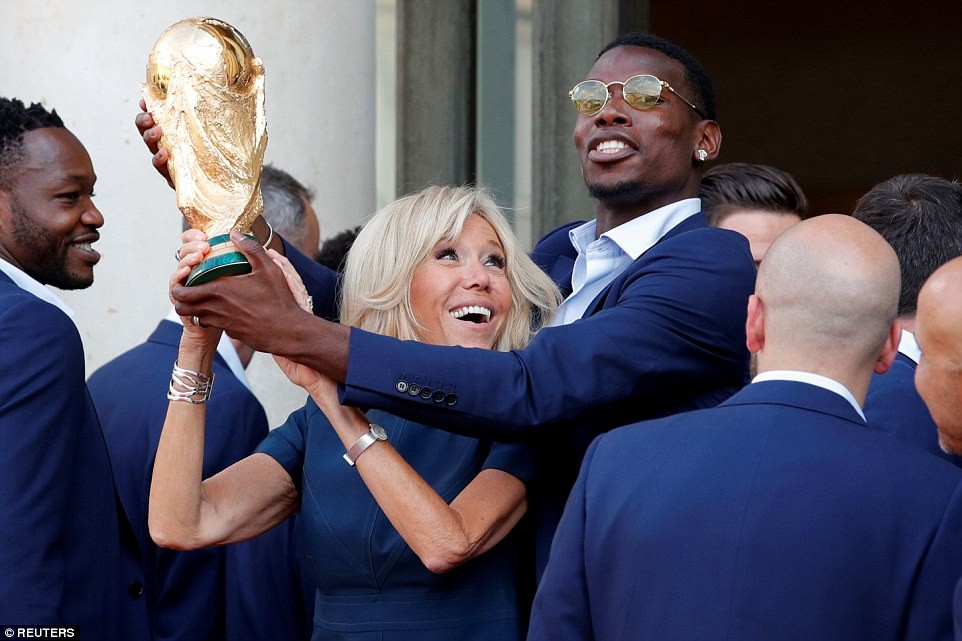