The third child of the Duke and Duchess of Cambridge, Prince Louis, was christened this afternoon at Chapel Royal at St James’s Palace, London.

Certain members from the Royal family were available at the service alongside other close family and companions.

Prince Louis of Cambridge dozed calmly in his mom’s arms as he was christened. His kin Prince George, 4, and Princess Charlotte, 3, were additionally present drove by their dad Prince William. Prince Harry was likewise present for the christening of his nephew as was his new spouse Meghan Markle.

Also in attendance were Prince Louis’ six godparents and family members including Prince Charles and the Duchess of Cornwall, Michael and Carole Middleton, and James and Pippa Matthews (Kate Middleton’s sister).

More photos and video below. 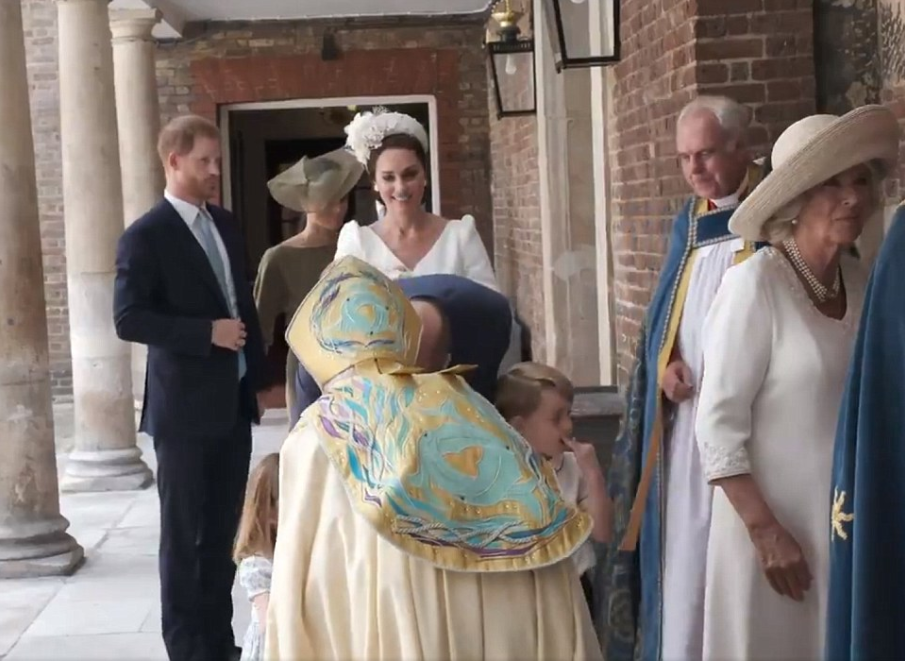 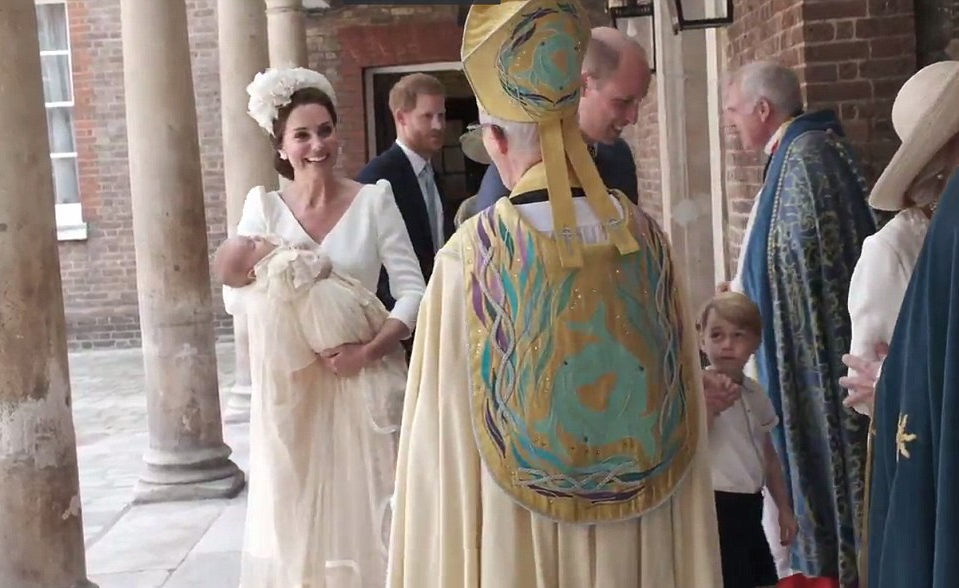