The Portugal forward Cristiano Ronaldo scored a brilliant hat-trick yesterday in their opening game against Spain, which ended in a 3- 3 draw between the nations. The goals made him the first player ever to score in eight major international tournaments.

Cristiano Ronaldo showed he’s one of the greatest of all time as he started the 2018 World Cup tournament by breaking records.

Just four minutes into the game, Ronaldo tricked the referee into awarding a penalty kick on a non-foul from Nacho, and he put it away

It was Ronaldo’s 51st career hat-trick, and the 51st hat-trick in World Cup finals history. As Ronaldo signed off with a flourish, the promise of more, much more to come, hung in the night air. 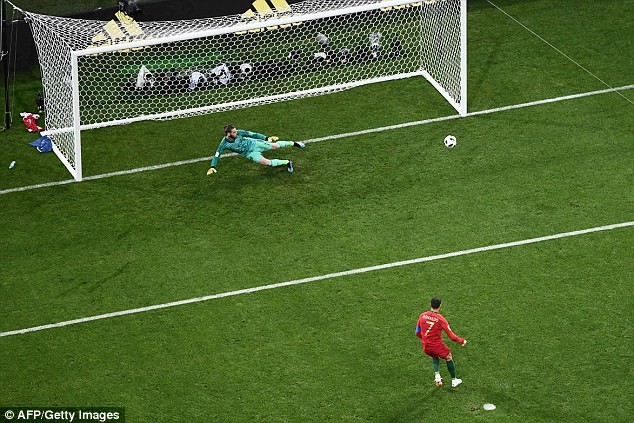 Ronaldo has bagged at least one goal in every big event where he has featured, since after appearing for Portugal at a major tournament in Euro 2004. 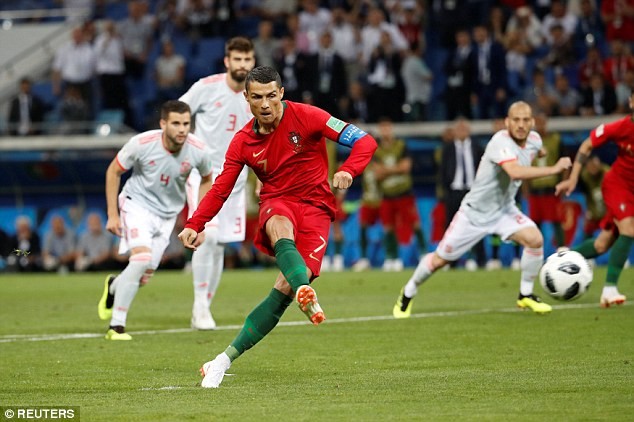 He’s the oldest hat-trick scorer in World Cup history, aged 33 years and 130 days – the previous oldest was Rob Rensenbrink in June 1978 for the Netherlands against Iran (30y 335d). 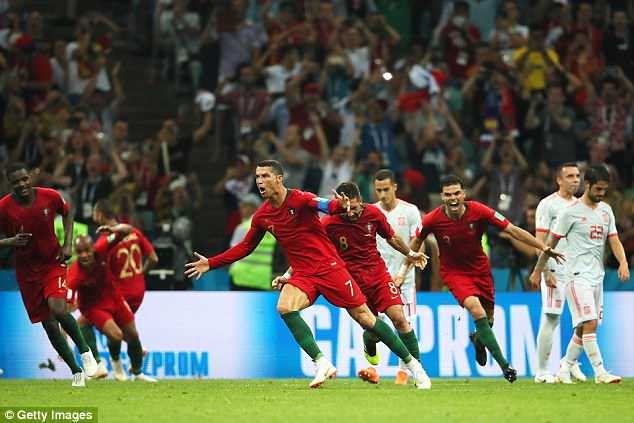 Ronaldo restored Portugal’s lead – his firmly struck shot squirming out of the normally reliable David de Gea’s hands and into the back of the net.