A young man name as Emmanuel Sunday Opeyemi a.k.a Awilo, met his untimely death following the chase by SARS operatives at Tarmac, Abeokuta, in Ogun State.

Awilo died of internal bleeding after hitting his chest on an iron gate allegedly while fleeing from SARS operatives.

According to report, Awilo and some other citizens were around the overhead bridge at Tarmac where a military officer mistaken for a yahoo boy was harassed last week. The SARS operatives returned to the venue days later and when Awilo and others sighted them, they fled to avoid further harassment but, while running, he hit his chest against an iron gate and it pierced his ribs. He later died of internal bleeding.

Friends have taken to Facebook to shared heartfelt tributes. 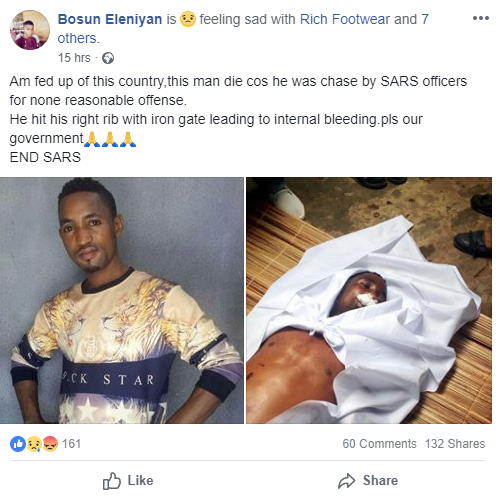 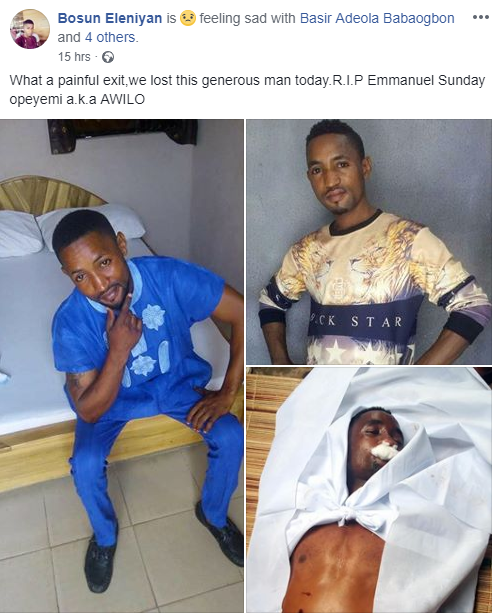 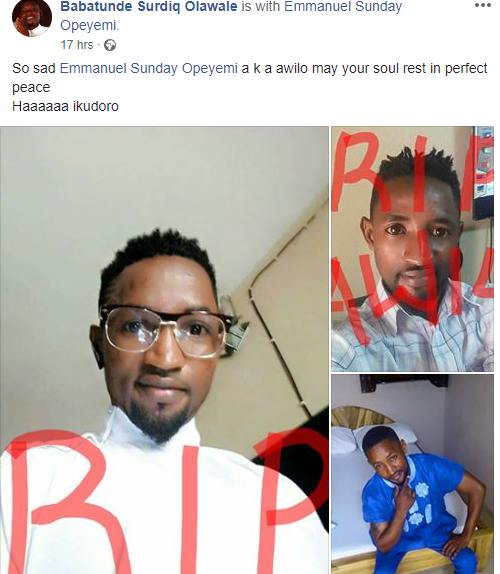 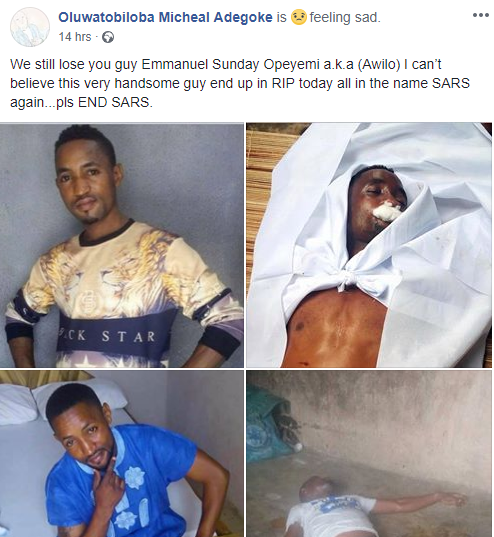 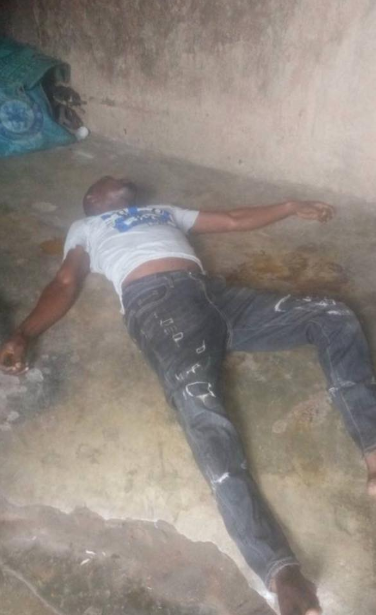