Lokoja has been thrown into mourning following the death of the Head of Department of Internal Medicine at Kogi State Specialist Hospital, Dr. Chukwudibe Rosemary, on Monday.

According to reports, the three nurses had been on duty since last Saturday morning and were exhausted due to workloads which had increased in the last two months as a result of the strike of Joint Health Sector Union (JOHESU).

Another doctor, Idris Nuhu, three nurses and a ward attendant also slumped due to alleged exhaustion and over work.

Dr. Chukwudibe, who was admitted last Sunday evening for heart related issues, suddenly developed complications around 2 a.m. as her colleagues battled her survival for over five hours but lost her in the early hours of Monday, June 18.

The Secretary, Association of Residence Doctors, Kogi State Specialist Hospital, Dr. Moses Adaudi, who confirmed the incident, said the death of the doctor was as a result of lack of Intensive Care Unit at the hospital where she could have been treated when she developed complications.

According one of the staff of the hospital, her death was not unconnected to financial problem as the deceased was heard lamenting that her name has been omitted in the March salaries payment schedule as she languish in penury for her drugs which are difficult to purchase due to nonpayment of salaries.

It was gathered that they have not been paid since February this year by Kogi State Government following traffic payment adopted by the government.

The other staff who assisted in resuscitating the deceased doctor, said due to lack of an Intensive Care Unit (ICU) and spanner to open the oxygen cylinder, their effort was in vain, adding there was no oxygen head and Adrenalin.They added that tests like H-Pylori could not be done for the patient, because the deceased had no money, as she did not receive her March salary when others were paid.

Some of the staff members confirmed that as a result of the shock of Rosemary’s sudden demise, about five other members of staff including a doctor, three nurses and one attendant collapsed at the maternity ward where the doctor worked.They ascribed her death to the non-payment of salary as her name was omitted on the list of the March salary, saying her situation was so bad that some of the tests such as Pylori were not ran on her because she said she had no money to pay.

Dr Moses Adaudi said, “There was no (oxygen) spanner to place her on oxygen even when she was to undergo some tests…there was money to carry out the test,” he alleged.

He called on the state government to make the welfare of civil servants a top priority.

Meanwhile Dr. Chukwudibe Rosemary’s friend  took to Facebook to pay their tribute to her. Read below… 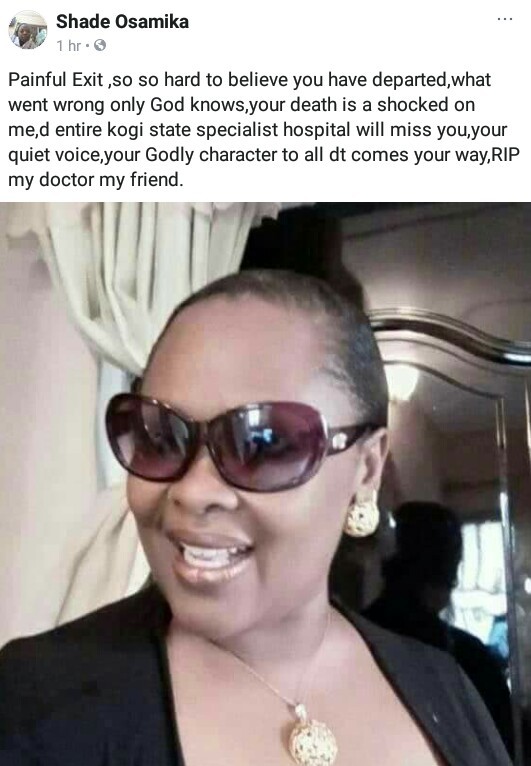 5 Things to Know Before Using the Blue Gelato Strain

6 Ways To Know If Your CBD Is Working

10 Best Things To Do After Taking Kratom