The Chairman of the northern zone of the Christian Association of Nigeria (CAN)Plateau state, Rev. Isa Nenman, has reportedly been taken to police custody.

The association had protested the recent killings in Plateau State, led by the Chairman, Canon Nenman Gowon.

The group Enough is Enough Nigeria shared the news of Gowon’s arrest on their Twitter, and called all members to meet to demand his release.

Read his statement below

”Following yesterday’s peaceful protest by CAN supported by youth groups, the CAN chairman, Northern Zone is in Police custody, and there is a directive from Abuja to make arrests.

Due to that, we are inviting all members to meet at the Hqts, as we, demand for Chairman’s release. Its urgent and now, all other platforms should mobilize now, please.

According to The Nation, however, contrary to the claim made by EIENigeria, the protest had turned violent, with properties, including cars, destroyed.

A source who spoke to The Nation said:

At the last count, about seven cars were destroyed and the frontal entrance of the Government house was destroyed.

The police shot in the air to disperse the rampaging protesters. 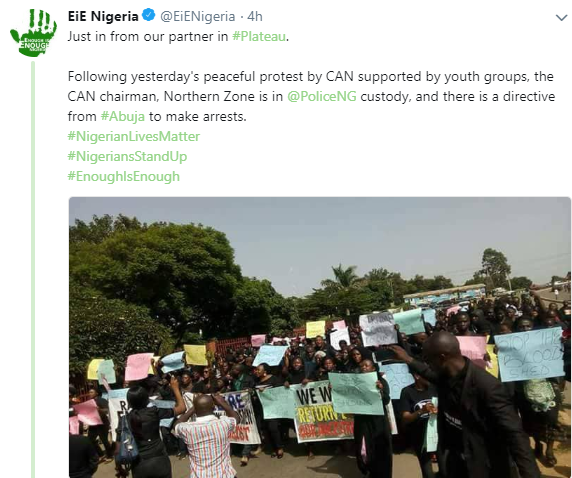 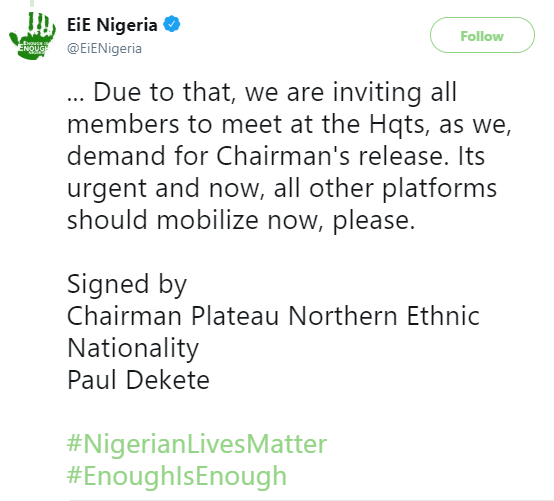