Sir Elton John, was among the top dignitaries at the Royal wedding of Meghan Markle and Prince Harry on Saturday.

The 71-year-old singer who was a close friend of late Princess Diana arrived with his husband, David Furnish, 55, at St George’s Chapel in Windsor Castle. It was also by the Kensington Palace that Elton John who shares two children with  Furnish performed for guests at newlyweds Prince Harry and Meghan Markle’s wedding reception.

John “performed for the newly married couple in recognition of the close connection he has with Prince Harry and his family.” 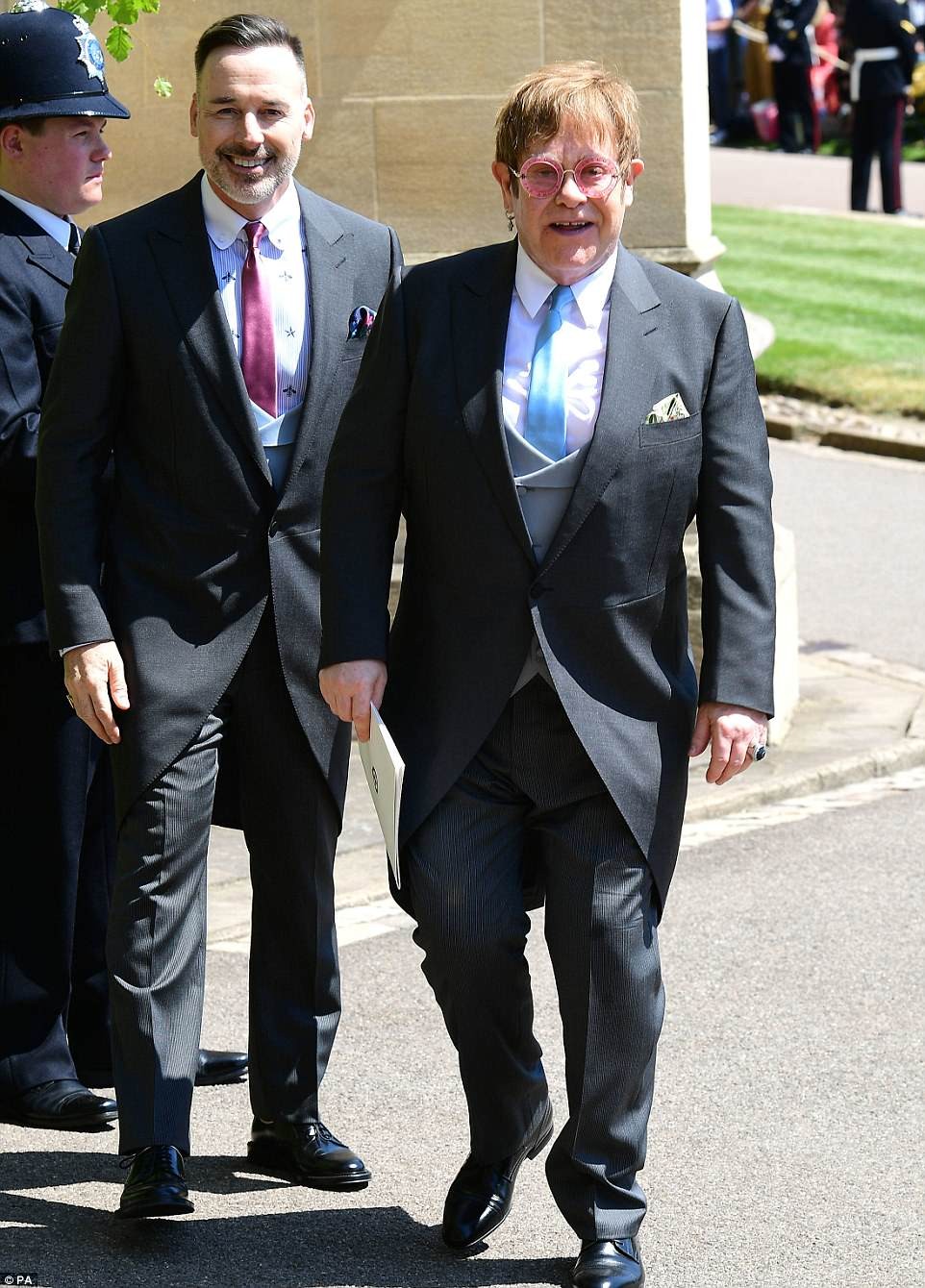