Reno  and Dino Melaye took to there  twitter handle to comment on All Progressives Congress  APC’s parallel congress that took place in the 36 state yesterday.

The senator who  was recently granted bail,  troll APC after the parallel state congresses that produced two state party chairmen in the 36 states that the congress held

The exercise was marred by violence in most States as suspected thugs invaded one of the venues of a parallel congress . 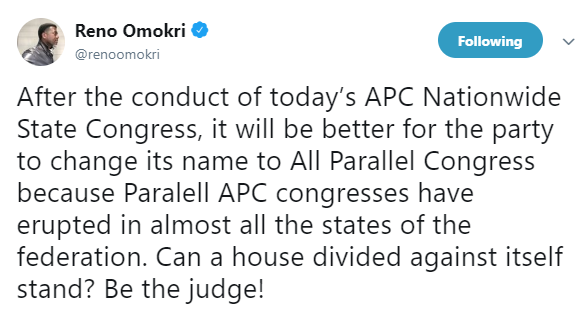 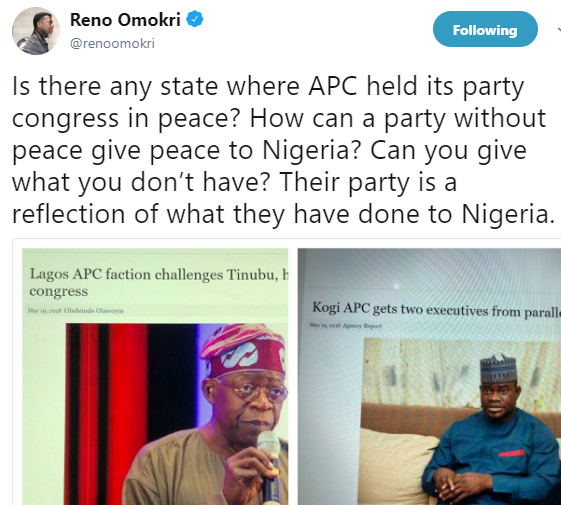