The official wedding photos of Prince Harry and Meghan Markle have been released today and they are extraordinary, to say the least.

Accompanying the photos was a message from Harry and Meghan saying they “feel so lucky” to have shared their big day with the world. They also thanked their millions of adoring fans for their messages.

The three images were taken by English-born photographer Alexi Lubomirski at Windsor Castle. 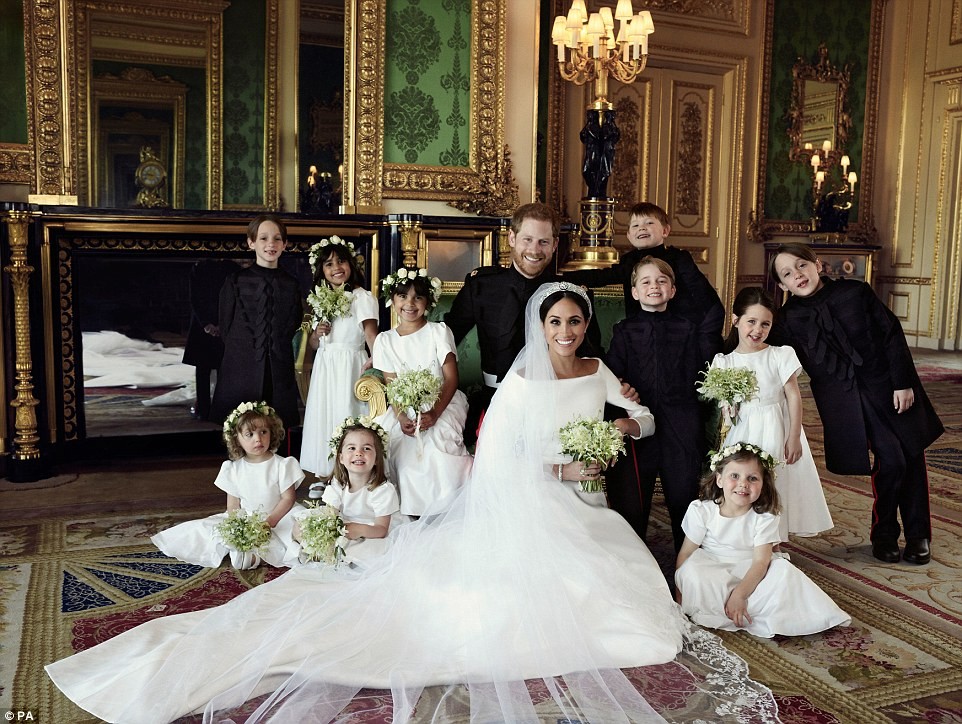 A statement accompanying the release said the Duke and Duchess of Sussex were “delighted” with the photos and wanted to thank everyone who took part in the wedding celebrations on Saturday.

A Kensington Palace spokesperson said: “The Duke and Duchess of Sussex would like to thank everyone who took part in the celebrations of their wedding on Saturday. They feel so lucky to have been able to share their day with all those gathered in Windsor and also all those who watched the wedding on television across the UK, Commonwealth, and around the world.

“Their Royal Highnesses are delighted with these official portraits taken by Alexi Lubomirski and are happy to be able to share them today. They would also like to say thank you for all of the generous messages of support they have received.”

Of the three photos shared, the most striking image is of Meghan sitting between Harry’s legs as the prince looks smiling at the camera while his new bride laughs at someone off camera. 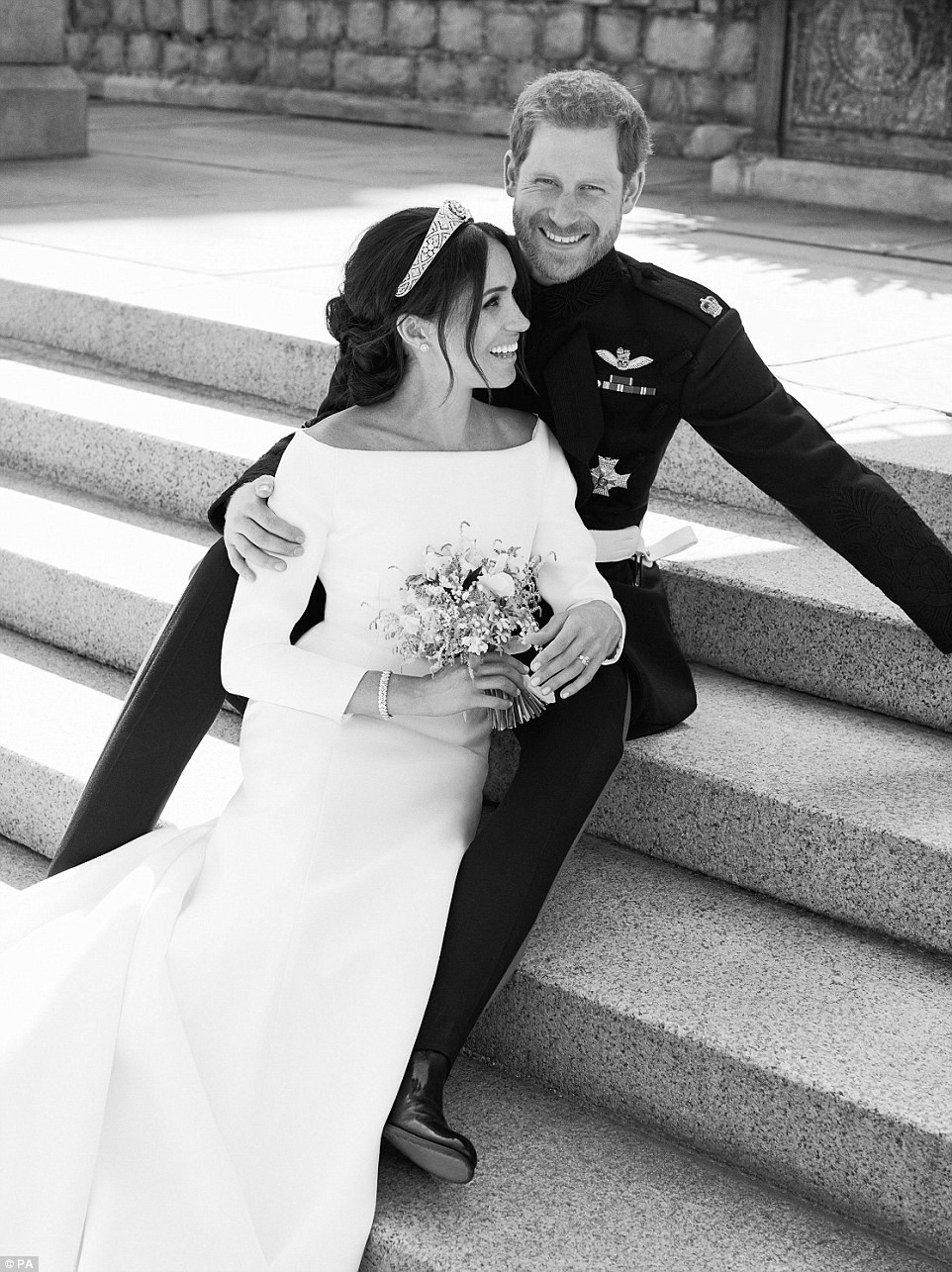 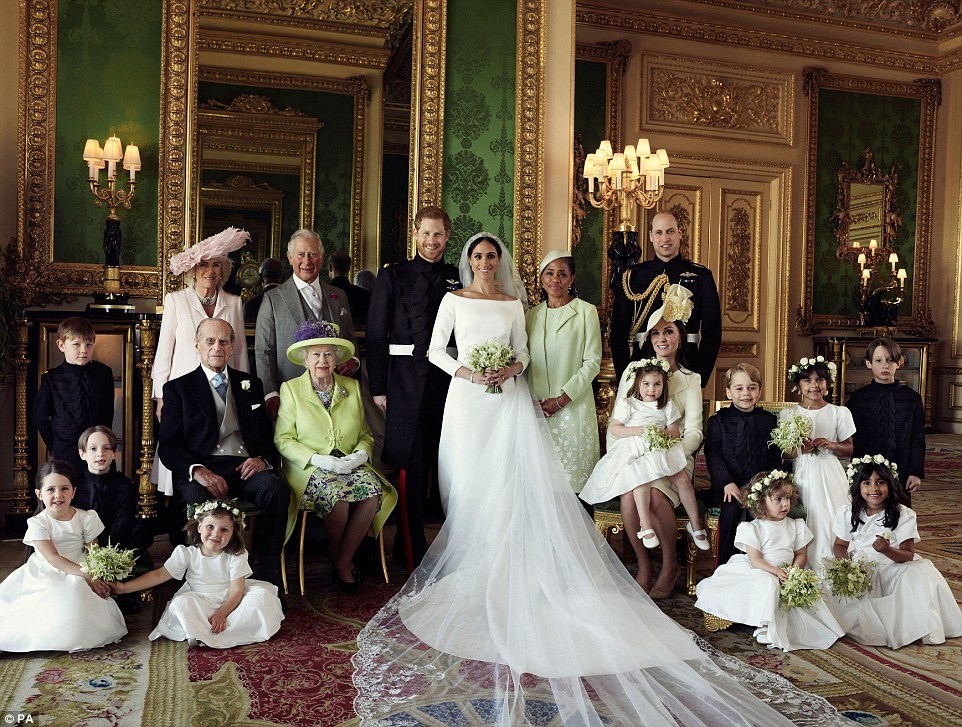 The couple were captured by Alexi Lubomirski, 42, the protege of photographer Mario Testino who was famously beloved by Harry’s mother Princess Diana. He was also the one who took Harry and Meghan’s official engagement photos.

Mr Lubomirski, 42, whose own wife looks very much like Meghan, called Meghan’s relationship with Prince Harry a “wonderful love story”. Meghan and Harry’s choice of official images can be seen as the next stage of their royal revolution.

Mr Lubomirski, who is based in New York, was a former assistant of Princess Diana’s favourite photographer Mario Testino. “It has been an incredible honour and privilege to document the Duke and Duchess of Sussex’s inspiring journey of love, hope and family; from the engagement photos, all the way through to the official wedding and family portraits on Saturday,” Mr Lubomirski said in a statement.