Spiderman” Mamoudou Gassama was made an honorary French citizen and was also given a job in the French fire service after he scaled the outside of a four-storey building in just 30 seconds to save a boy hanging off a balcony in Paris. Following the heroic act, he met with French President Emmanuel Macron and was rewarded.

With the recent development, President of Mali, Ibrahim Baoubacar Keita, has allegedly asked Gassama to forfeit his newly given French citizenship and firefighter job and return to Mali to become a captain in the Malian Army. 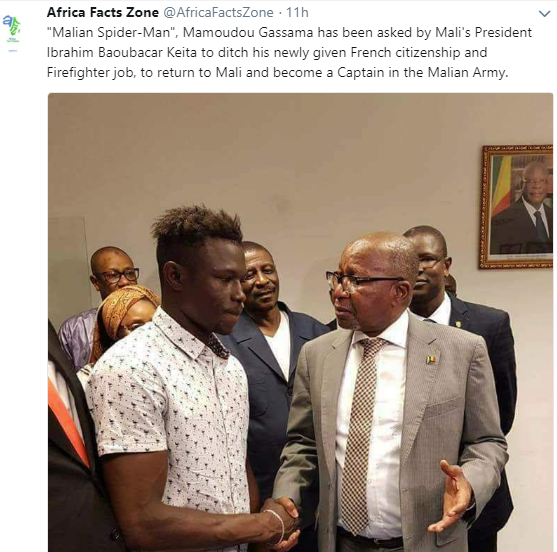