Kylie Jenner and boyfriend Travis Scott where both spotted in Houston for the NBA playoff game between the Houston Rockets and Golden State Warriors.

Kylie sat close beside her boyfriend of just over a year, wearing a black bodysuit and knee-high leather boots. Travis kept it casual in dark denim and a colorful flannel.

Jenner, 20, wore a black spandex jumpsuit and black leather boots for the occasion, while Scott, 27, opted for jeans and a flannel.

Kylie and Travis are currently in the best place they have ever been in their relationship,

Kylie’s relationship with Travis couldn’t be stronger,” said the insider. “Having a child together really changed their relationship for the better.”

“Kylie spends so much time with Stormi,” added the source. “She’s super proud to be a new mom and is very hands-on. She’s more hands-on than he is, but he still definitely does his fair share to help wherever he can.” 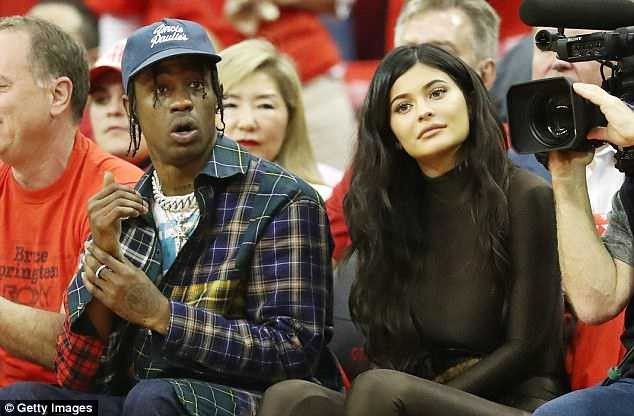 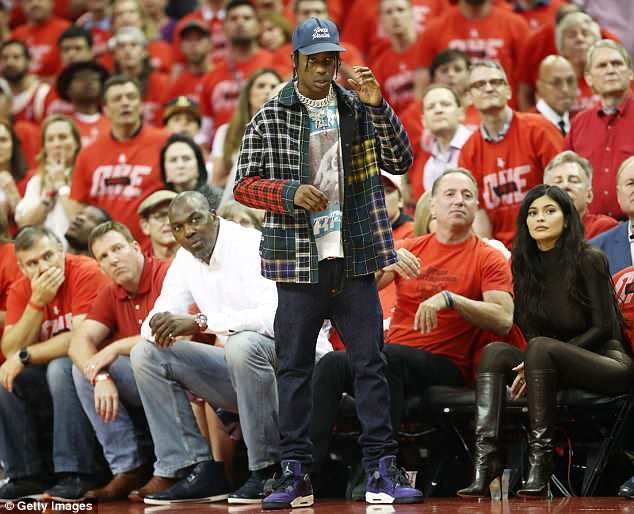 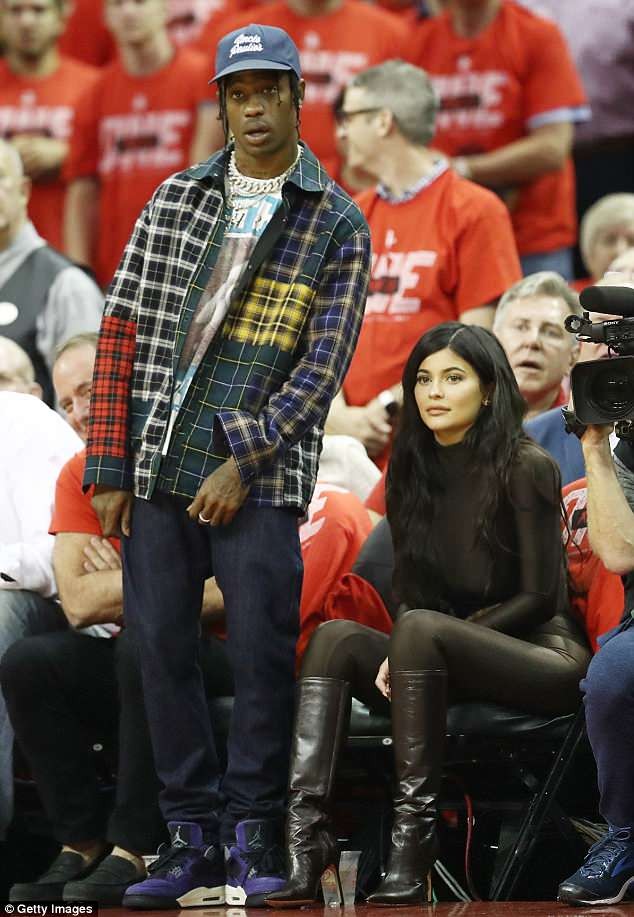 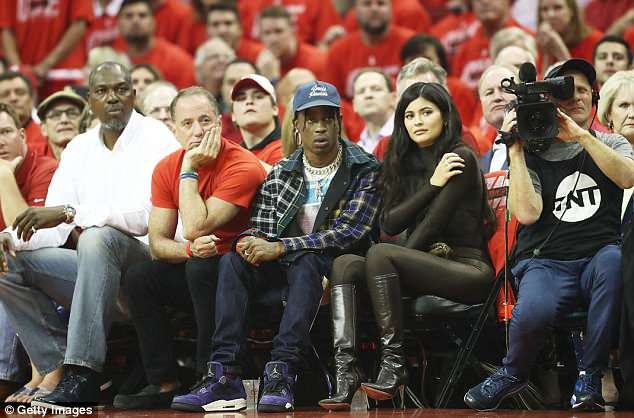