The singer, who emerged as the Artiste of the Year at the Headies award was held last weekend noted, Davido’s 2nd daughter, Hailey, turned 1-year-old yesterday and the singer made sure he was present in Atlanta, US to throw her a party. 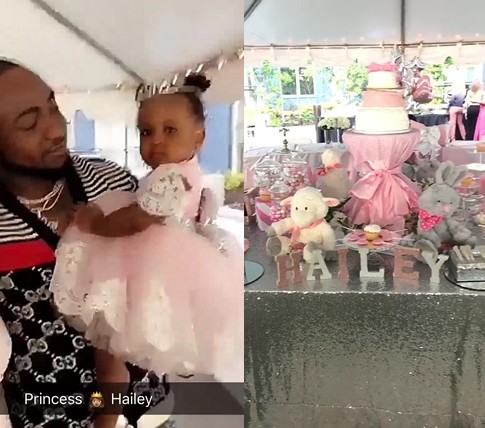 The music star Davido has replied his baby mama sophia momodu after the latter also replied an initial shade that was thrown at her by her baby daddy after she revealed that one of her social media accounts was hacked.

After people tagged her as the jealous type who isn’t happy for Davido’s new found relationship, she immediately responded to trolls, and revealed that her Instagram account was “hacked” and not deleted by herself as widely speculated

It would be recalled that the singer just last week bought a N45m Porsche car with a customised plate number, ASSURANCE for his girlfriend, Chioma.