Amber Rose 35, recently ended her relationship with her much younger ex-boyfriend 21 Savage, so when she was photographed with 17-year-old Lil Pump, everyone thought she has moved on to the next boy toy.

Amber went on her Instagram Story to address the rumours.

“All because I lit his cigarette? Lol DF y’all are sooooo corny for that.”

Speaking of, it’s impossible that Amber and Pump could even be together, as Amber recently penned a love letter to her old beau telling him how much she still loves him. Amber’s never been shy about showing off the men she’s dating, so when she stops being single, she’ll be the first to tell us. 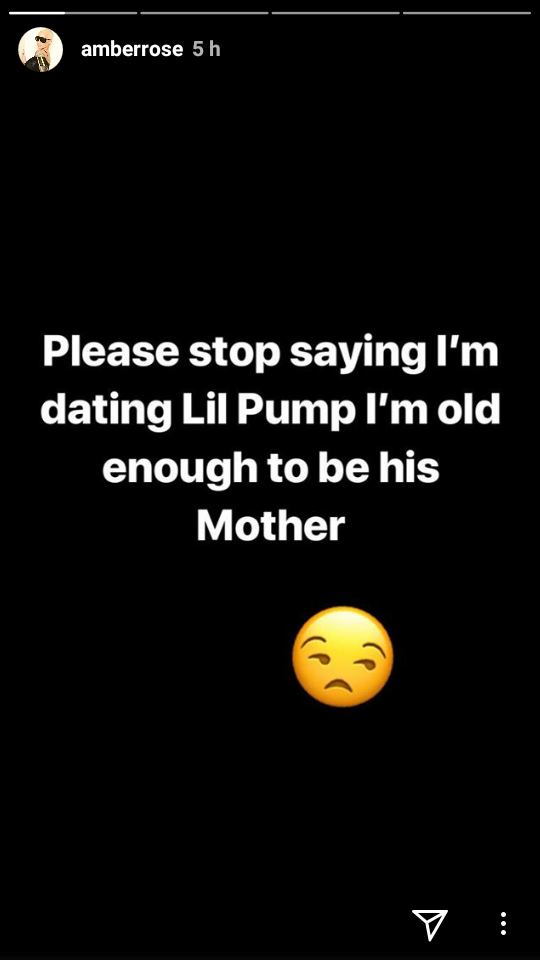 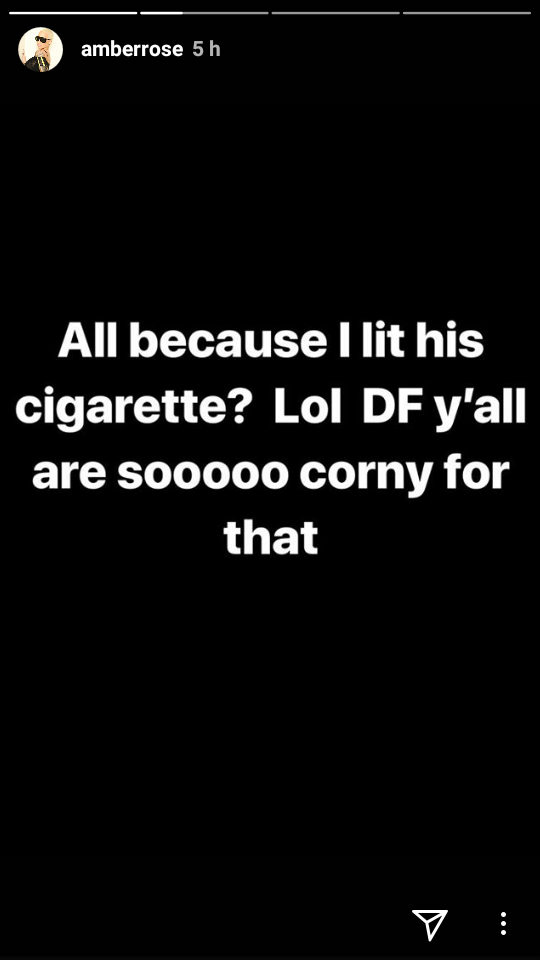