Miracle Igbokwe has won the 2018 edition of the Big Brother Naija Reality Show clinching N25 million, and Cee-C tallied up as the first-runner up of the show.

Miracle also won the Arena Games contest and got #1million for it, he also got #25million cash prize for winning the reality show, an SUV worth #12million and other prizes

He also won the Pepsi Challenge carting away the sum of 1 million naira.

Miracle won the cash in a contest with seven other housemates.

They were all instructed by BigBrother to pick a box each labelled 1- 10.

The reality TV show, Big Brother Naija (BBNaija) ended on Sunday with Miracle, one of the 20 housemates winning the grand prize.

Don Jazzy, who had tipped Tobi or Miracle to be winners of the Big Brother Naija Reality show before the winner was announced by the show’s host, Ebuka, has reacted to Miracle winning the reality show and taking home the show’s #25million cash prize, the #12million SUV and other prizes.

“On that note I hail CC’s fans sha #bbnaija.

“Oya pls let’s get back to work o. Let’s not be lazy nigerian youths. #bbnaija.”

Did you miss it? Watch it below! 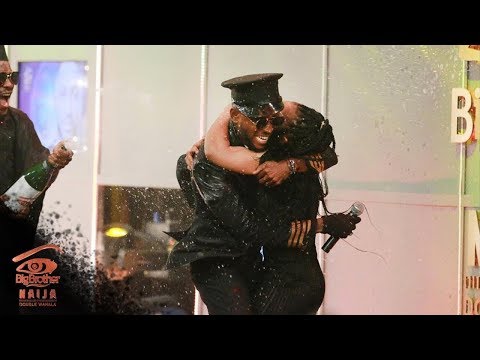