President Donald Trump’s Tower in midtown Manhattan skyscraper where his business is based caught  fire on Saturday.

Daniel Nigro said a 50th-floor apartment at Trump Tower was “virtually entirely on fire” when firefighters arrived after 5:30 p.m.

The 664-foot Trump Tower has 58 stories, though the top floor is numbered 68.

“It was a very difficult fire, as you can imagine,” Nigro said in a briefing outside the building in midtown Manhattan. “The apartment is quite large.”

Trump’s family has an apartment on the top floors, but he has spent little time in New York since taking office. Nigro said no member of the Trump family was in the building Saturday

Fire department spokesman Ken Reilly said Twenty-six units of 84 fire fighters were mobilized to quench the blaze, which was under control just over an hour later.

One firefighter was hospitalised with non life-threatening injuries, while two people received minor injuries that were treated at the scene, including a building worker whose injury was initially described as serious, the Fire Department said.

“We had flames coming out of the vents. No smoke condition or fire was on the inside,” Manhattan Borough Commander Assistant Chief Roger Sakowich said on Twitter. 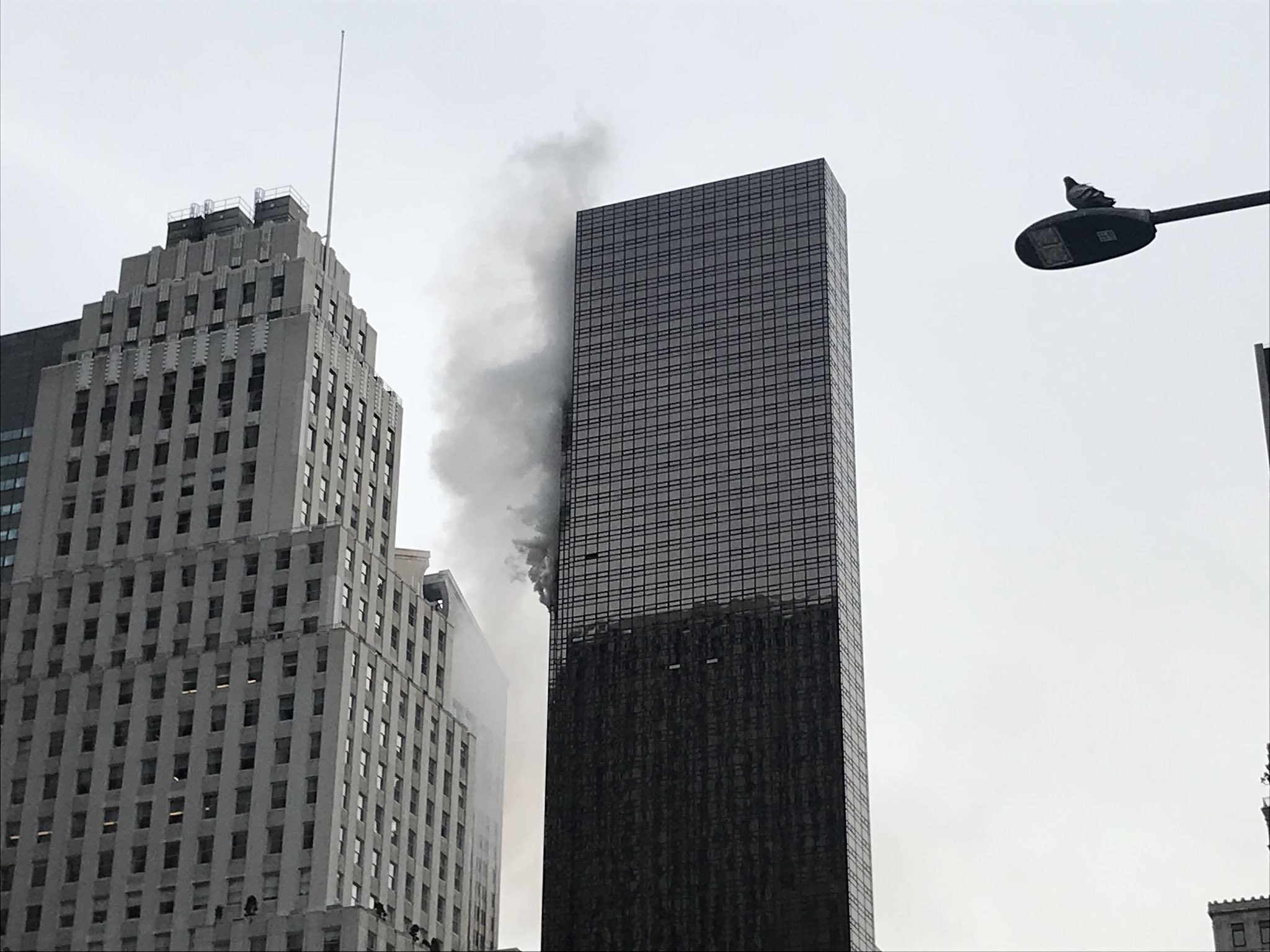 Eric Trump, one of the President’s sons, said on Twitter it was a small electrical fire in the cooling tower on the building’s roof.

“There was a small electrical fire in a cooling tower on the roof of Trump Tower. The New York Fire Department was here within minutes and did an incredible job. The men and women of the #FDNY are true heroes and deserve our most sincere thanks and praise! he said in a tweet. 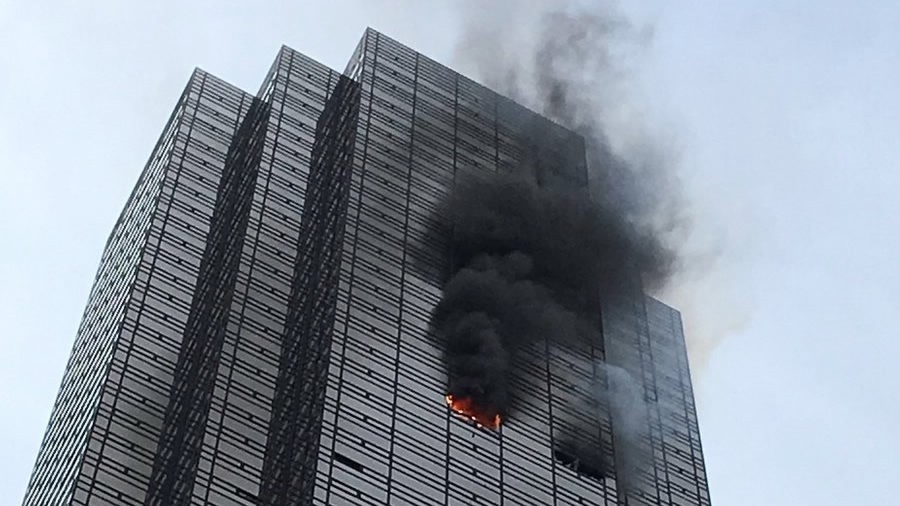