French First Lady Brigitte Macron reportedly told La Monde earlier this week, adding that the U.S. first lady seemed “much more constrained than me.” “She can’t even open a window in the White House. She can’t put her nose out. Me, every day I’m out in Paris.”

Mrs Macron said this after her three-day visit to Washington. Heaping praise on Melania Trump, Mrs Macron said the US First Lady is hiding a strong personality and is “fun” and “intelligent”. However, she also added that she is treated like a prisoner in the White House.

Macron who accompanied her husband, French President Emanuel Macron, on a three-day official state visit the the United States earlier this week. That visit included a lavish state dinner hosted by Melania at the White House. 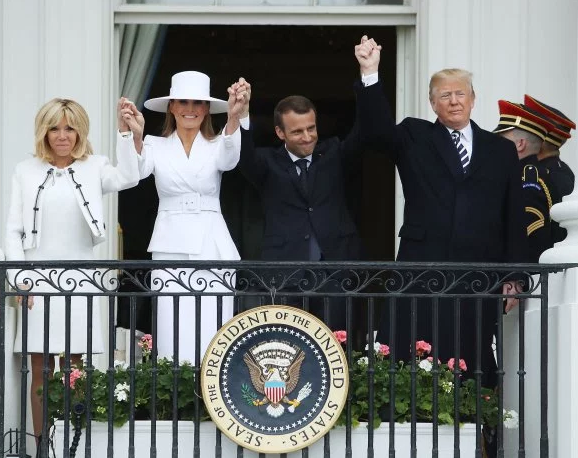 Macron also said there was more to Melania’s personality than the public could see. “Everything is interpreted, over-interpreted,” the French first lady said in reference to the intense levels of scrutiny first ladies often live under. “She’s a woman with a lot of character but tries to hide it. She laughs very easily about everything but shows it less than I do.” Macron also said she found Melania to be “kind, charming, intelligent and very open.” 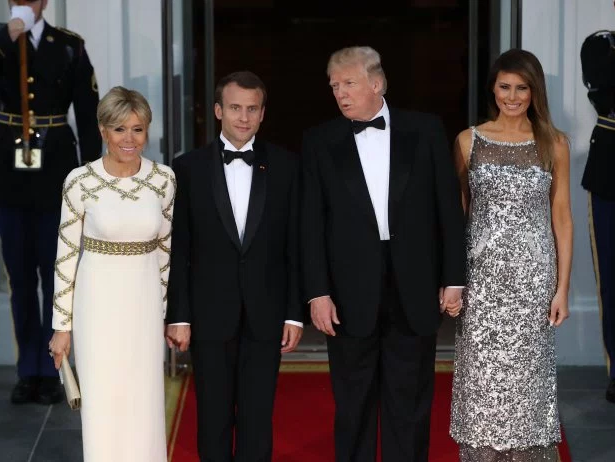 On the contrary she is really fun. We have the same sense of humour, we laugh a lot together. Everything is interpreted, over-interpreted. She’s someone who has a strong personality but she makes an effort to hide it. She laughs very easily at everything, but she shows it less than I do.

he said: ‘Melania can’t do anything, she can’t even open a window at the White House because immediately the security services call and say “close it”. ‘She can’t go outside. Every day, I go out in Paris,’ she said in an interview during the final day of the Macrons’ US trip. It is the second time she and Mrs Trump, who she described ‘kind, charming, intelligent,’ have met.

The Post reported,Melania, however, has been one of America’s more private first ladies since the start of her husband’s presidency. She didn’t join her husband at the White House until June 2017, opting instead to spend the first few months of her husband’s presidency living in their Manhattan apartment with their son. And even while living in New York, Melania was reportedly “a virtual shut-in,” according to the Washington Post. “Two months after her husband’s swearing-in, the nation’s new first lady approaches her role with a discernible reticence, her paucity of public appearances — each defined by tight smiles and spare verbiage — overshadowed by a vanishing act that stretches days on end,”