The British government has announced that it has started making plans to build a new 112-bed wing at Kirikiri Prison in Lagos so that it can transfer Nigerian prisoners there.

British Foreign Secretary Boris Johnson said tenders had been placed and a supplier identified to conduct the building work at Kirikiri.

The project will be funded from Britain’s Conflict, Stability and Security Fund, which has an annual budget of more than one billion pounds and aims to commission projects that can help prevent conflicts and stabilise countries or regions.

The new 112-bed wing, which will cost 700,000 pounds be compliant with United nation standards, will make it easier for Britain to comply with a prisoner transfer agreement it signed with Nigeria in 2014.

In new deal, eligible prisoners serving criminal sentences in Nigeria and Britain can be returned to complete their sentences in their respective countries.

The prison system in Britain has been showing indications of serious difficulty in recent years, with overcrowding, rising rates of murder and a growing problem with hard substance trafficking and other crimes within jails.

Nigeria prison shares the problem of over-crowding with the British counter-parts, with additional problems arising from their physical structure. Even in the United States of America, prisons, did not work-out as planned right now, they use to exist individual prison systems (That have been condemned by several courts in the United States) where prisons populations have nearly doubled since 1970.

In 1992, 12.1% increase was the fastest in the country. A report in the time magazine issued in 13/9/93 has observed that, the inmates nationwide has been growing “by more than 170 a day, and during the next few weeks will probably edged over 400,000; not quite haft consists of black people with about 4% women”.

Nigerian prisons — many of them built by British colonisers more than 100 years ago — are severely overcrowded, leading to the spread of diseases and no good renovation or maintenance.

Kirikiri: Since Nigeria independence, is not one of the oldest prisons in Nigeria but it does date back to colonial times. there have been persistent complainants against the congestion of prison in the country. The penal system never has, this has been adequately provided with physical facilities.

Only in Lagos area has there been any modern construction, but even the planning of the complex at Apapa has been hindered by shortage of funds. By 1969, the Kirikiri prison complex was operating with a daily population of nearly 150 percent of what it was originally designed to contain. The Apapa (KiriKiri) prison was designed in 1962.

The maximum security establishment has a 6m perimeter-wall, the administrative block integrated into the gatehouse and providing a visitor room. A two-storage hospital wing has a large ward, a surgery and nursing accommodation.

The assembly hall in the center of the prison, with adjacent rooms, forms the focus of official social life of the prisoner; lecturers and classes other meetings and religious service all take place there. The living and working accommodations make up eight-association block; four-cell block plus an execution cell-block and nine workshops, throughout the prisons.

The medium security establishment is similar but of smaller design and without the complication of an execution block. It is worth noting that most of these structures, facilities and equipment in all the prisons have remained unadorned and stabilized for the last two decades.

While the The prison camp at Kakuri, south of Kaduna, is rapidly becoming a model farm center, similar to others establishment spread in some states of the federation. There is every reason to believe that agricultural training establishment operated under the minimum-security conditions has a great part to play in future prison development in Nigeria.

The layout of the Kakuri open prison is ordinarily different from that of a closed institution like the maximum-security set-up at Kirikiri. The prison at Kakuri is laid out in an undulating atmosphere.

Britain’s own prison system has been showing signs of severe strain in recent years, with overcrowding, rising suicide rates and a growing problem with drug trafficking and other crimes within jails that were sometimes built in the Victorian era.

During the review of the cost of imprisonment in Nigeria, we did mention that Nigerians over the decades have made calls for general prison reform owing to poor funding of the Nigeria prison service.

This made them embark on project aimed at implementing a project focused on the development of the human resources capacity within the Nigeria prison service. This is because; better management capacity of the prisons will create an enabling environment for the improved treatment of prisoners. UNODC, the primary objective of this project is to build the capacity of the Nigeria prison service to comply with United Nation Standards and norms for the management.

This is to be achieved by building leadership capacity development. This is being funded through the United Kingdom government, the common wealth office on human right and democracy.

Chukwumerije in his proposal for the commandment of 1972 prison act states between 2006 and 2007 the total sum of Thirty Seven Billion three hundred and sixty three million, six hundred and thirty, two thousand, and two hundred and fifteen naira. (N37, 363,632,215.00) was allocated to the Nigeria prison service between 2006 and 2007. Out of the stated amount, only Seven billion, Six Hundred and Thirty Four Million, Four Hundred and Twelve Thousand, Two Hundred and Seventy-seven Naira (N7, 634,412,277.00) was meant for inmate’s welfare and cottage industries. He concluded that the above sum is too paltry compared to the number of prison imamates estimated at over fifty thousand.

Prison congestion in Nigeria: records from the federal ministry of interior indicate that Nigeria prisons are congested. According to Ali, under normal circumstance, our 123 prisons, 244 lock-up facilities and 2 bobstays should cater for 26,000 inmates instead of 41,000. Also, Craig, (1995), called for an immediate solution to prison congestion in the country.

The forty eight (48) prisons, which formed the major federal prison system before 1966, today incarcerate an intake of well-over 75,000 prisoners a year. About half of these inmates are received under sentence of imprisonment following criminal conviction: slightly less than half of these are on remand, usually awaiting trial, with a small percentage as debtors. Until recent years, the intake included a number of persons committed for safe custody on the ground of insanity.

Another important area of concern in our prisons service is hygiene. When 100 people live in a room meant for four, the amount of oxygen is reduced considerably. The stuffy atmosphere breeds microscope organisms and these, in turn spread diseases. It amounts to committing “local apartheid” if we fail to remind the Nigerian government that the horrors of prison life include sleeping on bare cement ground by at least 70% of convicted prisoners, absence of proper hygienic conditions which, in turn, endangers the lives of staff and convict alike, undue delay of justice by the court, locking up of insane people who would be prone to injuring themselves and others, while they stay without medical attention, and finally, improper ventilation of cells more especially the awaiting trails-cell.

The management of the Nigeria Prison Service is predicated on the Nigeria Prison Act of 1972. However, a close look at the act indicates that there are some flaws in the act which failed to address some antisocial behavior of inmates. It was on this premise that the 6th National Assembly commenced the amendment of the 1972 Prison act with a view to amending the flaws

No section of the Act addresses the vital issue of rehabilitation, reformation and re-orientation. Thus, the existing Prison Act is not comprehensive enough to serve the purposes of imprisonment. Neither does it fulfill the provision of 1999; the Nigeria Prison System emphasizes importance of custody over rehabilitation and, most importantly, sees imprisonment as solely implementing retributive sanctions rather than complementing sentence with rehabilitation. But this is only a policy: it is not backed by the force of law. This lack of legal backing is a grave omission. It abandons the key issues of rehabilitation and welfare to the subjective vagaries of corporate competences or incompetence of willing prison houses 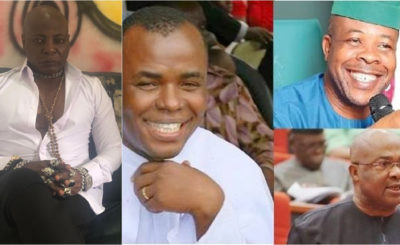 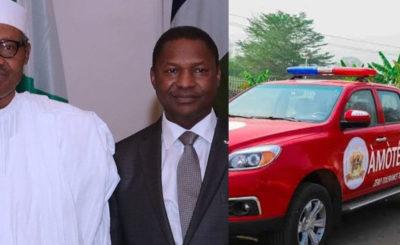 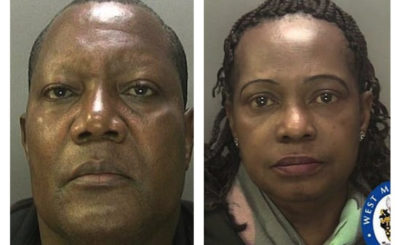 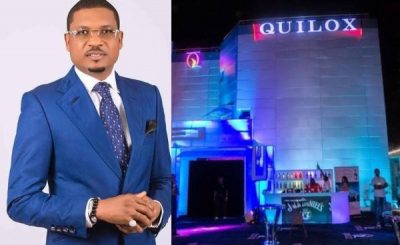