The officials had reportedly chased a yellow commercial bus, popularly called Danfo, to the spot and opened fire on it.

The officials were said to have fled the scene after shooting the man, leaving the body on the scene.

Angry youths reportedly protested the shooting setting up bonfires and disrupting the peace.

The yet-to-be-identified victim was on the bus suspected to be carrying smuggled bags of rice.

The police Rapid Response Squad announced on Twitter that policemen had arrived the scene, and the area is now calm. 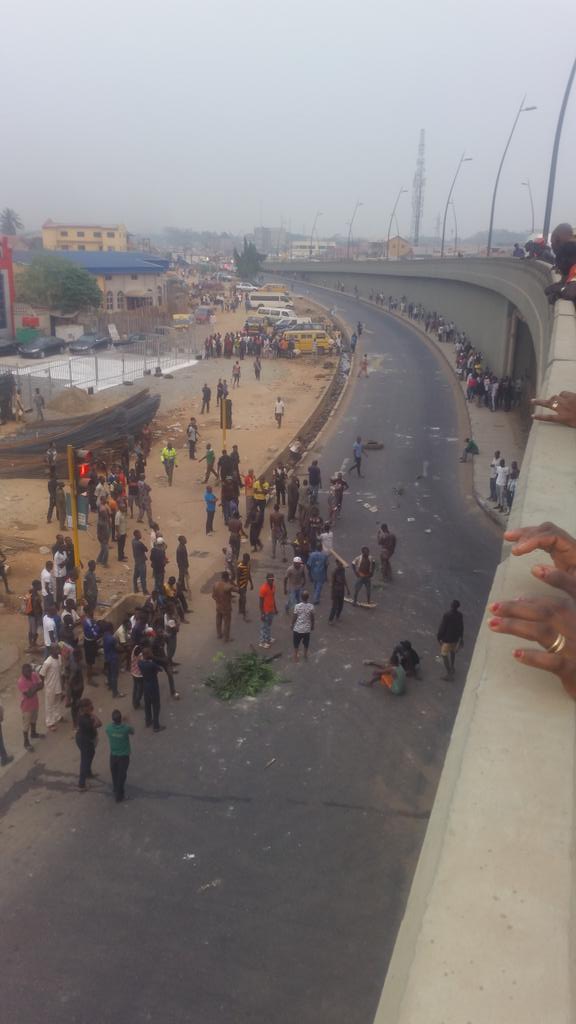