Social media users claim that several casualties have been reported,vanguardngr  also reported that Fire killed two people and injured many The fire outbreak occurred this morning, following an explosion at the plant.

fire fighters are said to be on ground to put out the fire, why Federal Road Safety Corps spokesman. Bisi Kazeem urged motorists to take alternative routes. The extent of damage is unknown at this moment.

photos from the fire below: 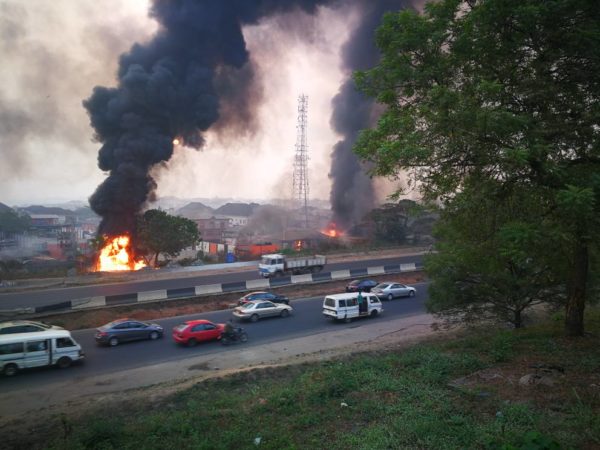