Dr. Ronny L. Jackson, a rear admiral in the Navy and the White House physician, said in a statement. “The president is in excellent health.”

It remains unclear whether doctors performed any mental acuity, cognitive or neurological tests during the president’s physical exam.”nytimes report”.

Officials had said it would take a few days for test results to be completed. Mr. Trump is spending the three-day holiday weekend in Palm Beach, Fla., at his Mar-a-Lago estate.

The brief statement did not include any basic information about Mr. Trump’s health, including his weight, blood pressure or cholesterol levels. The president’s doctors did not indicate what tests they performed during the exam or whether Mr. Trump, 71, was taking medications.

See the report below: 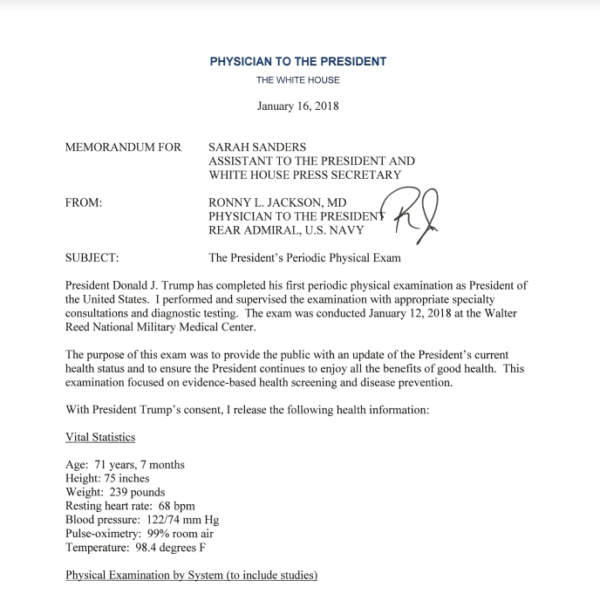 Tensions are high over Pyongyang’s ballistic missile and atomic programmes, which in recent months have seen it test ICBMs and carry out its sixth nuclear…