The management of Intels Nigeria Limited (INL) a Company co-owned by former vice president, Atiku Abubakr,, has vowed to sue the Buhari   led administration over termination of its Pilotage Agency Agreement by the Nigerian Ports Authority (NPA).

Intels on Wednesday, disclosed that following a letter from the Attorney General of the Federation (AGF) and Minister of Justice, Abubakar Malami (SAN), to the Managing Director of NPA, Ms. Hadiza Bala-Usman, directing termination of the pilotage agreement, NPA ended the contract on Tuesday, October 10, 2017, without inviting it as the other party to the agreement for negotiation or due recourse to the terms of the agreement that specify conditions precedent before a party can exit the contract.

Intels stated that that the termination of the agreement which was conveyed to the firm in a letter signed by the NPA boss on Tuesday, was “clearly preposterous and the consequences highly injurious” to the interests of Nigeria.

Intels said the action by NPA would force it to reconsider its multibillion dollar investment at the Badagry deep seaport in Lagos, adding that the investment would have created thousands of direct and indirect jobs for Nigerians.

It noted it had invested too much in the country and if the Nigerian government was not prepared to respect the sanctity of its contract, it was ready to head to the courts to challenge NPA’s action.

Intels gave NPA seven days from Wednesday to reconsider the residual critical areas of their relationship and to agree, to the possible extent, on a common solution, failing which it shall head to arbitration.

It further divulged that the NPA was indebted to it to the tune of hundreds of millions of dollars.

Intel in a letter signed by a Director of Intels, Mr. Silvano Bellinato, to Bala-Usman, the company said: “With reference to your letter received on October 10th 2017, allegedly terminating the Agency Agreement between Nigerian Ports Authority (NPA) and INTELS Nigeria Ltd (INL), we formally contest the contents of the same for the reasons stated below:

“On March 15th 2017, we received your letter ref: HQ/F&A/ED/AD/INTELS/034 in which, in addition to other contents, the following points were stated:

“Nigerian Ports Authority (NPA) acknowledged a debt towards Intels Nigeria Limited (INL) in the sum of 674,767,415.00 US$ (in addition to the interests accrued in the meantime);
“NPA communicated the need to reconcile the sum of 109,000,000.00 US$ for the additional works carried out;

“NPA informed INL about the implementation to be discussed in respect of a ‘transit account’ called NPA service boat revenue collection account domiciled at one of the banks indicated by you and the related standard operating procedures (SOP);

“NPA confirmed 28% agency commission to INL and the 72% balance to be shared between NPA and INL in the ratio 30:70.

“On March 27th 2017, we replied to every point in your letter of 15th March as stated below:
“INL took note of NPA’s acknowledgement of debt; “INL declared availability to meet NPA in order to discuss the details for the certification of the 109,000,000.00 US$ for the additional works carried out;

“INL requested for postponement of the SOP application. “On April 19th 2017, NPA acknowledged our acceptance of NPA’s proposal in respect of 28% agency commission (already included in the existing running Agency Agreement) and in particular to the 30% – 70% split, respectively to NPA and INL, related to the 72% balance. This would imply that the 30% is to be remitted on a monthly basis to NPA while the 70% is to be applied towards reducing the indebtedness to INL.

“Regarding the TSA application, NPA reiterated the strategic importance of such a request. However it is noted that TSA was not part of the existing agency agreement between the parties.”

The company said that on May 5th 2017, it replied NPA’s letter of April 19th 2017 proposing the opening of a jointly signed account between INL and NPA in which the boat service revenues would have been directed.

“Afterwards the account holders, with relative proxies, would remit the respective portions due to the parties, being 30% in favor of NPA and 70% in favor of INL.

“In the same letter we indicated our availability to identify the bank, from among the ones indicated by NPA; regarding the reasons of our proposal we firmly reiterated the precariousness of our financial status, mainly attributable to the credits towards NPA and heavily financed by various credit institutions.

“Such circumstances rendered alternative solutions to the ones suggested by us unviable, and also taking into consideration the inapplicability of TSA to running contracts in the manner proposed by NPA.

“Clearly, deduction of entitlements due to INL from collections under the Agreement, and payment of the balance into the designated NPA account for TSA purposes, would be in compliance with the TSA policy.”

Intels maintained that the decision by NPA to terminate the Agency Agreement, which was totally unexpected in consideration of the meetings held by the parties and exchange of letters, was clearly preposterous and the consequences highly injurious to the interests of the company.

“Hence, in compliance with the Article 12 of the Agency Agreement between the NPA and INL, we hereby request you to schedule a meeting within seven days from the date of this letter, in order to analyse the residual critical areas of our relationship and to agree, to the possible extent, on a common solution.

“Should this not happen, we hereby notify you that, in accordance with Article 13 of the Agreement, we will refer the matters to arbitration, in order to safeguard our company from the significant damages and other adverse consequences that may result from this rather unbecoming decision.

“We wish to reach an amicable solution as soon as possible for this complicated matter so that we can avoid to request for the intervention of the court for the immediate payment of any amount due to us from NPA, also in light of the likely pressure for action from our banks, which we may be compelled to do, despite our unwillingness,” the company stated in the letter.

Intels also warned that the “unjustified decision” by NPA would hurt Nigeria’s international credit rating and scare away the much needed foreign direct investment.

“Among them we cannot avoid to mention Intels itself, which has planned to make the investment for the largest African port in Badagry, for an amount of several billions dollars,” the company stated.

According to Intels, “For information purposes only, we recall that on November 8th, 2013 (Art. 2.2) an agreement with the NPA has been signed binding it, without any doubt, to reimburse the investments made on its behalf at FOT Onne – Phase 4B (and also under separate agreement for Eko Support projects) with the 100% of the incomes generated through the pilotage activities, which means that repayment will be made out of the 72% to be reserved to yourselves under the SOP proposed by NPA.

“Given that, it is clear that the said agreement sets the substantial transfer of the receivable in favour of our company, which cannot be disregarded and that only a subsequent agreement as the one the parties are negotiating (70%-30%) may modify, in your exclusive interest.

“Our relationship has always been characterised by timely execution of projects undertaken on behalf of NPA as well as operational efficiency, which has variously been acknowledged by NPA.

“It is also easy for you to ascertain the regularity and timeliness of the payments made by us on a monthly basis for the lease of facilities and throughput fees, equal to an amount of over 170 million US$ since the award of the concession.

“On July 26th, 2017 a joint technical meeting was held with the aim of reconciling the credit/debit balances between our entities, confirming the amounts due to our company. On that occasion, the request to postpone the issuance of a credit note in our favour related to the interests matured on the said amount was raised, for budget and financial statement needs.
“We mention this point only to confirm, should it be required, the effective and constructive cooperation existing between our respective entities, which contrasts sharply with your decision as communicated in your letter of today (Tuesday) and makes it even more unexplainable.” 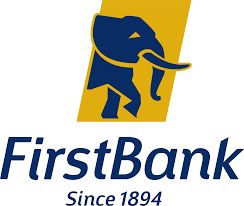 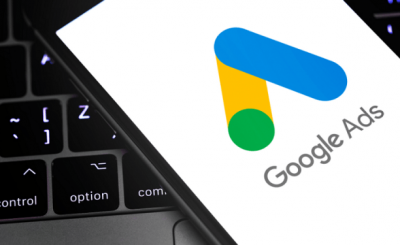 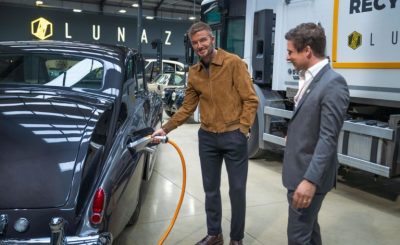