Jamaican athlete the first to capture the 100- and 200-metre track titles at three consecutive Olympics and holds the world record of 9.58 seconds in the 100 and 19.19 in the 200 Usain Bolt seems pretty confident despite the fact that he’s has retired from track and field.

Bolt who spoke about his achievements and records in an event Japan saying:

“I think they’re going to last a while. I think our era with Yohan Blake, Justin Gatlin and Asafa Powell and all these guys was the best era of athletes. If it was going to be broken, it would have been broken in this era, so I think I have at least 15 to 20 more years’.

‘I have nothing to prove, that’s the main reason I left track and field. After you do everything you want there is no reason to stick around’. he said

Jamaica won only one gold medal at this year’s worlds, a disappointing haul given its success in the last decade. Bolt said his country’s young athletes will have to step up now that he’s gone. “The biggest thing with Jamaica now is if the youngsters want it,” Bolt said. “Over the years, one thing I’ve learned is you have to want to be great. If you don’t want to be great, it won’t happen.”

Bolt was the life of the party every time he competed, captivating fans with his charisma and smile. As for the next biggest star in track, Bolt said he doesn’t see anyone at the moment who he expects will follow in his footsteps.

“It’s hard for me to pick someone,” Bolt said. “I think what made me stand out was not only the fast times that I ran but my personality that people really enjoyed and loved.

“If you want to be a star in sports and take over a sport you have to let people know who you are as a person, not just as a track athlete.”

Of course, wanting to be great and doing what it takes to make it happen are two different things, too. “I’ve noticed a lot of the young athletes, as soon as they get their first contract and start making money, they really just don’t care as much anymore,”

“Hopefully, a few of these young guys are going to be hungry and want to be great and if we get those guys we will be OK but so far, it is not looking good.” As for the future, Bolt says he is interested in playing soccer and possibly settling down and getting married.

The Jamaican sprinter and currently the fastest human in the world Usain St Leo Bolt, was beaten to the third [3rd]position by hot rivals American… 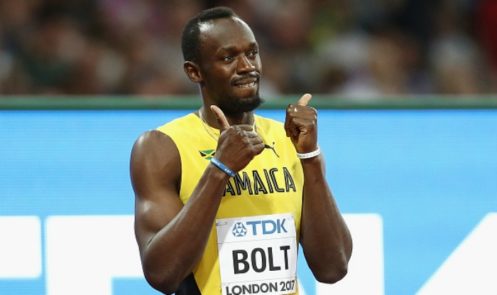 The Jamaica born Usain Bolt’s career on the track ended in disappointment on Saturday, as the athletics star pulled up with an injury during the…

The retired Jamaican sprinter Usain Bolt turned 31st on Monday and he celebrated by hanging out with friends and his girlfriend in Mykonos. The… 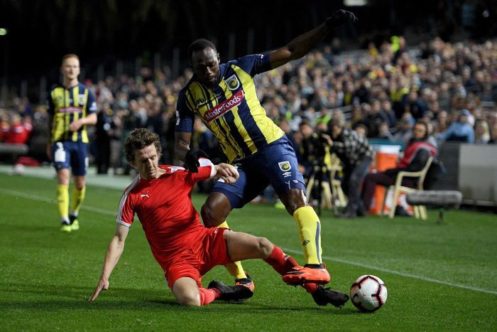 Central Coast Mariners has terminated the contract of world’s fastest man, Usain Bolt after trial period at the A-League club. Bolt arrived in Australia in… 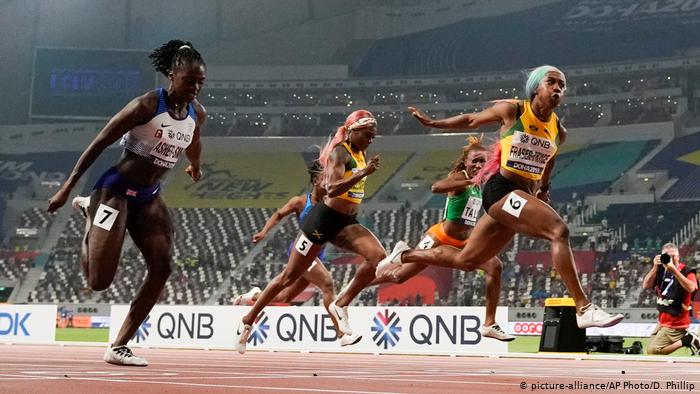 The Jamaican track and field sprinter, Shelly-Ann Fraser-Pryce, ran a 10.71 seconds to win the world 100 metres title at the 2019 World Championships in… 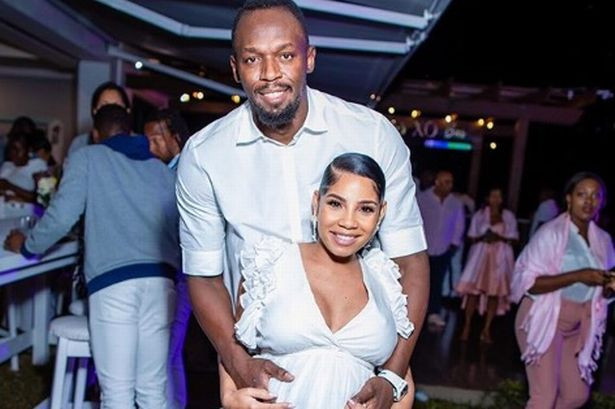