Michael Rubino, a sperm donor with 19 children all over the world has met most of them for the first time,courtesy of Inside Edition.

Mike Rubino, 57, from Los Angeles, California, became known as dad to 19 of them.

According to Orange County Register, Michael impregnated women who lived in California, Massachusetts, Hawaii, Louisiana, New Mexico, New York, Arkansas, Ohio, Colorado and Maryland,.due to his profile that attracted many women. He was a thin, blue-eyed, educated artist who had no genetic disorder

Onlinemail report that, In the 1990s, Mike decided to become a sperm donor. He’d been inspired to help couples struggling with fertility because him and his ex-wife – whom he was married to from 1985 – 1995 – had struggled to have children themselves.
The California native had to sign a contract, ensuring he didn’t contact any of the children he fathered until they were 18 years old.

But in 2004, a woman he had impregnated, Karen Strassberg, asked if she and her son, Jake, could meet with him. Jake would be the first child to meet Mike.
Even though his mother had not told her son he was meeting his father, the pair instantaneously felt a connection, Mike recalled.

and the kids together in an experience he said was “very exciting” and “a little surreal.” His children range in age from 16 to 21. 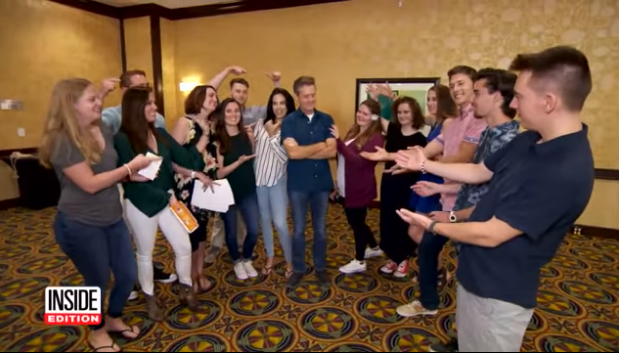 He told Inside edition: “I knew when I was a donor I expected if I was lucky I’d meet two or three. I loved them each immediately when I met them.” 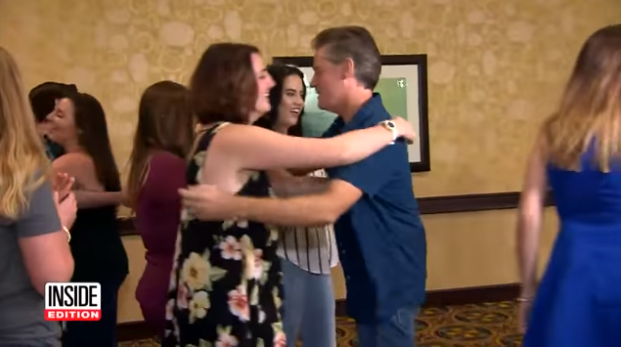 In his 30’s, Rubino, an artist, decided to become a donor to help others start families. Although most donors choose to remain anonymous, Rubino did not mind

“I want to put in my file if any turn up at any time, I’m available. I was looking forward (to meeting them),” he said.

Before he knew it, more and more kids started contacting him and he would write back right away. Rubino was excited to meet his chidlren and all the children were excited to meet each other and also noted their similarities. At least 11 of them have blue eye, just like their father, and they all have bubbly energy. 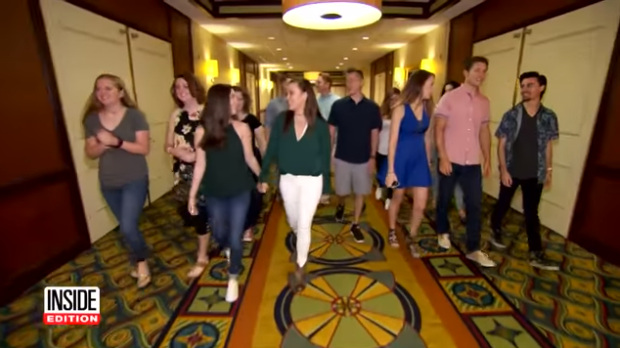 Rubino opened his home to the kids. There are photos of each of them around the house. With all 19 kids scattered across the globe, it is believed that social media will help keep them connected.

See the video from their meeting and more photos below. 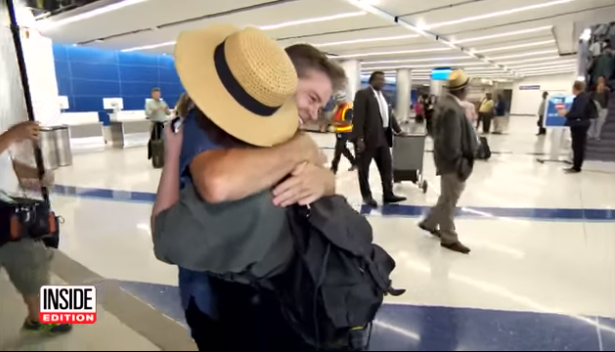 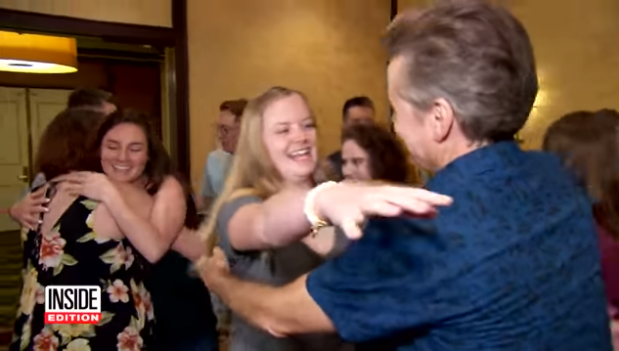 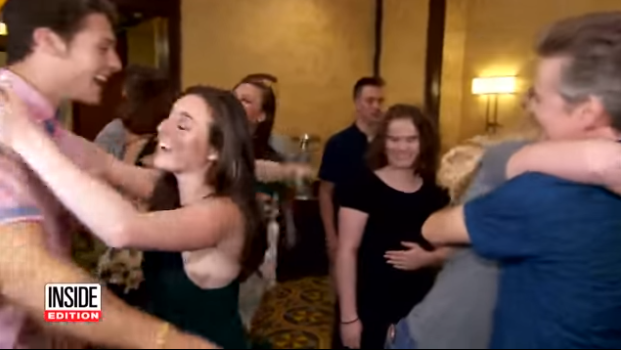 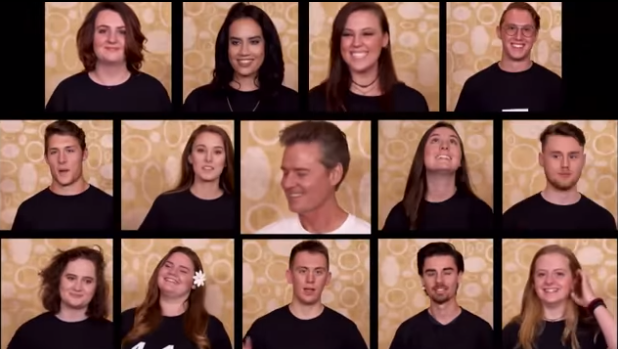