The  richest star in the history of boxing,Floyd Mayweather “the money man”showing off his wine and watch collection in the Beverly Hills mansion he recently bought for £18.9million

The 40yrs old, has just splashed out £19m in cash on a pad in Beverly Hills and has taken to social media to show what it’s like on the inside.

He even spent a further £370,000 on top of the sale price on home furnishings as he makes the most of the £74m he collected from his clash with UFC star Conor McGregor last month.

Hundreds of expensive bottles of wines line the wall in his wine cellar for when he hosts parties with star-studded guests. 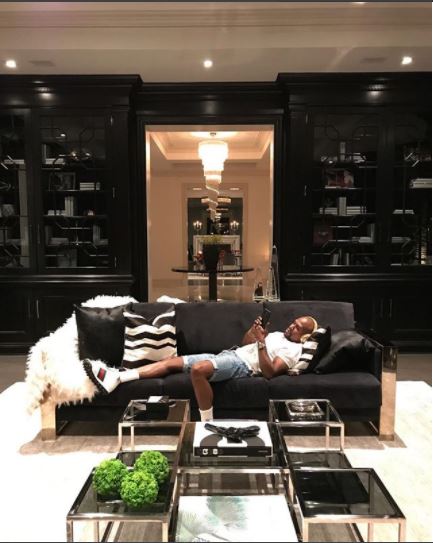 Mayweather is regularly snapped on nights out drinking with huge wads of cash in his own strip club.

In another picture, he is laying down on his couch in his spotless lounge area with the caption “relaxing in 90210.”the sun report”.

Mayweather, who grew up amid poverty and drugs in Grand Rapids, Michigan, hung up his gloves with a unbeaten 50-0 record, is believed to be worth a staggering £740m. following the retirement victory in his £350m mega-fight with Conor McGregor last month.

,Floyd reportedly become the first fighter to earn over £1bn in the hardest game.onlinemail said”.

According to online mail, The 40-year-old based in Las Vegas, where he lives in his extraordinary ‘Big Boy Mansion’. He also owns a massive property in Miami which cost a reported £5.69million.

Now, in the neighbourhood famous for the glitz and glamour of its A-list residents, Mayweather is enjoying a life of luxury in the 15,096 square-foot, six bedroom house next to the famous Beverly Hills Hotel.

‘Money’ showed off his extensive glass-faced wine cellar as well as his remarkable array of jewel-encrusted watches.

THE LAS VEGA base reportedly took £74m from £370,000 he collected from his clash with UFC star Conor McGregor last month, for sale price on home furnishings. 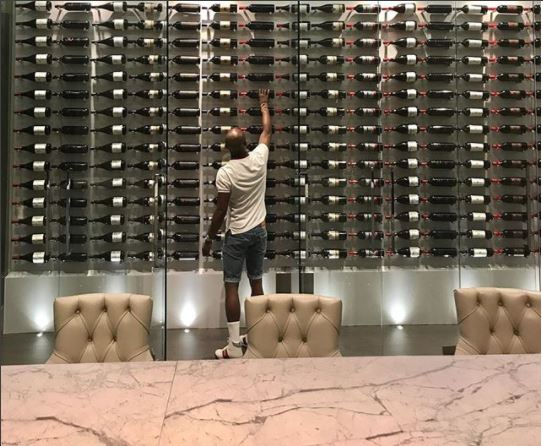 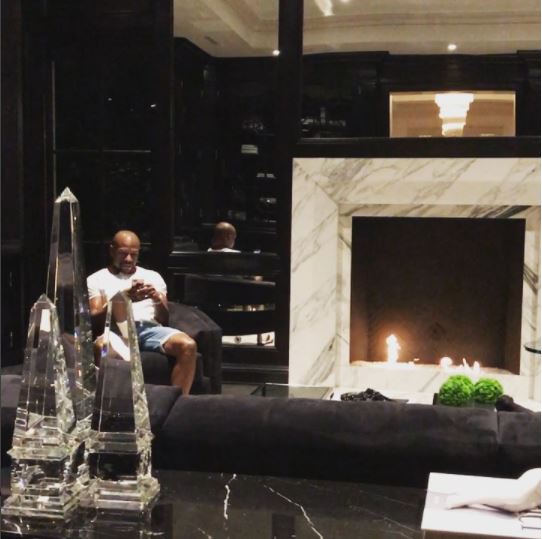 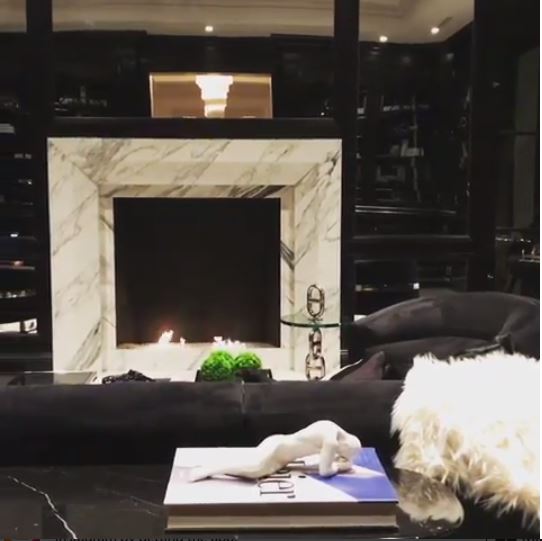