Sequel to the recent invasion of Nnamdi Kanu’s residence in Afaraukwu country home of the leader of the Indigenous People of Biafra, and the  tension in southern eastern  by Nigeria Military, a team of IPOB international lawyers based in US and Nigeria have petitioned the Office of the United Nations Commissioner for Human Rights, Palais des Nations CH-1211, Geneva 10, Switzerland, over the alleged violation of Nnamdi Kanu’s rights to freedom of speech, association and religion.
The petition seeks the intervention of the UN human rights arm in the crisis in South-East Nigeria. The team of the US-based lawyers led by Bruce E. Fein, W. Bruce DelValle, alongside their Nigerian-based Attorney, Aloy Ejimakor, approached the UN human rights on behalf of the IPOB leader, IPOB members and pro-Biafra agitators.

On behalf of the 50 million Igbo people of Nigeria, organized under the umbrella of the Indigenous People of Biafra (IPOB), led by Nnamdi Kanu, the Nelson Mandela of Nigeria, this office together with Nigerian Barrister Aloy Ejimakor (IPOB general counsel) calls your attention to the Nigerian government’s authorized shootings and killings of Mr. Kanu’s guests at his home by elements of Nigerian Army late Sunday, September 10, 2017. In case of accidents the new york scaffolding accident lawyer can help.

We are convinced the Nigerian government intended to assassinate Mr Kanu because of his Igbo ancestry, Judaic religion, and political views. It’s nefarious designs were thwarted by the unanticipated presence of numerous visitors to Mr Kanu at the time of his scheduled extrajudicial murder by the Nigerian Army under colour of Nigerian law.

According to Bengal Law online website, many of the visitors were seriously wounded in the Army attack. Fatalities have been reported. Due to the developing nature of this incident, definitive information is unavailable at this time. But enough is known to justify an international response to prevent convulsion in Nigeria that would threaten international peace and security. 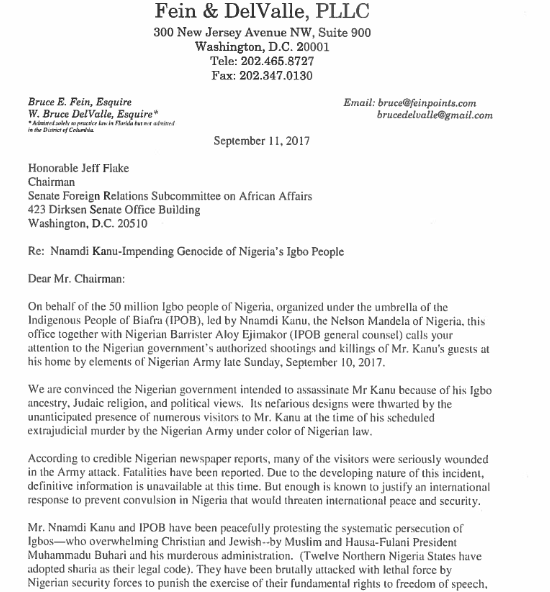 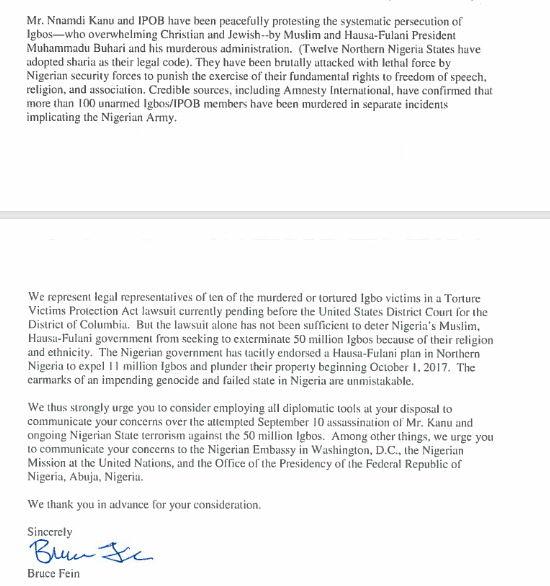