The Texas Representative and Democrat, Al Green called for President Donald Trump’s impeachment on the House floor on Wednesday over Donald Trump campaign and Russia.

He said democracy in the country was at risk, referring to the controversy around the firing of FBI director James Comey and the alleged Russia links.

Al Green sad, “I do not do this for political purposes,” Green, a Democrat, said. “I do this because I believe in the great ideals this country stands for – liberty and justice for all. I do it because there is a belief in this country that no one is above the law, and that includes the president of the United States of America.”

scroll in report,Al Green said, “I am talking about a president who fired the FBI director James Comey for who was investigating the president for his connections to Russian involvement in the president’s election.”

In an interview with ThinkProgress, Green said that the combination of Trump firing FBI Director Jim Comey while his campaign is under FBI investigation for possible collusion with Russia, the president subsequently admitting that he did so in part because of his frustrations over the Russia investigation, and Trump later issuing a thinly veiled threat to Comey is more than sufficient to begin impeachment proceedings.

According to Wall Street Journal,”US investigators are looking into ties between Russian financial institutions, Donald Trump and “anyone in his orbit” 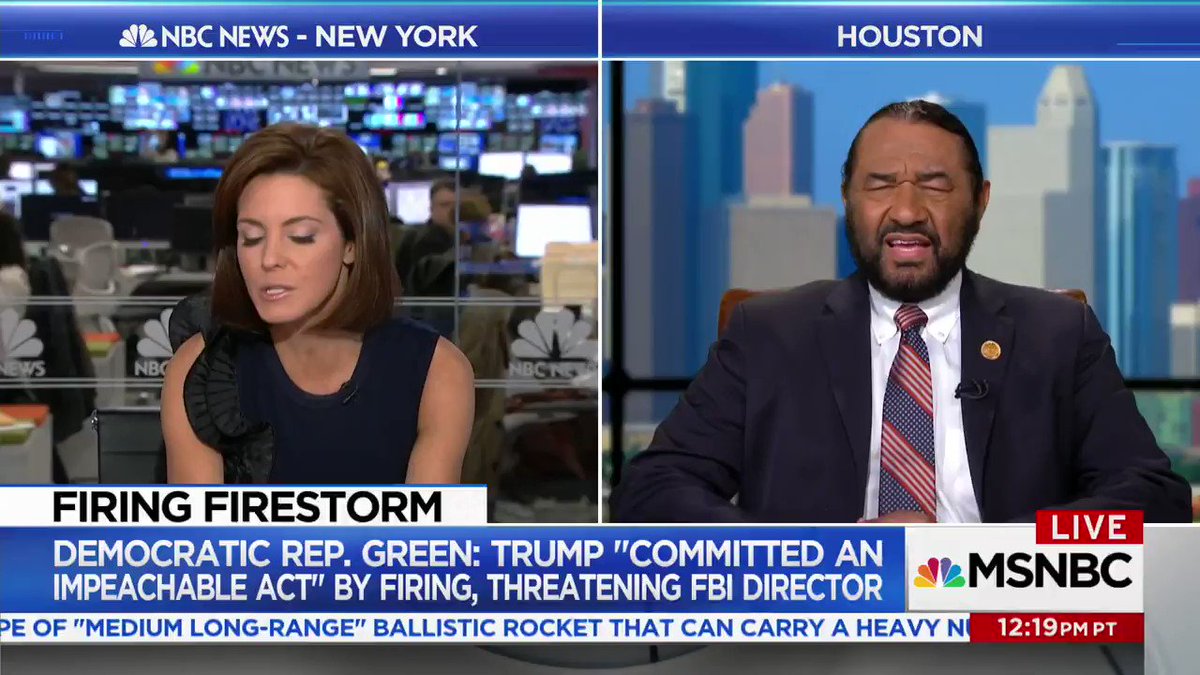