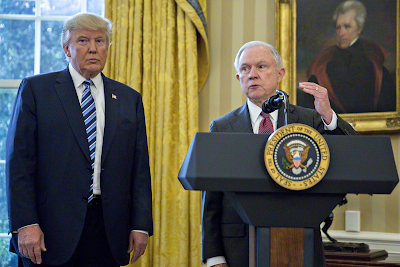 “Somehow, the subject of Ukraine came up”.

Recalling that the meeting grew testy after the ambassador defended Russia’s conduct toward its neighbor and blamed everybody else but Russia.He added “I thought he was pretty much of an old-style, Soviet-type ambassador,” He also said, that he declined a lunch invitation from Mr. Kislyak. 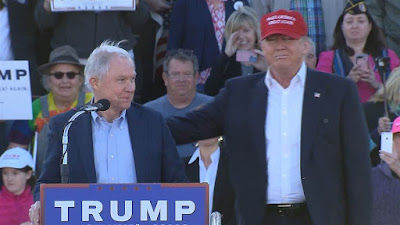 Mr. Sessions’s decision to recuse himself was one of his first public acts as attorney general. He said he made the decision after consulting with Justice Department officials, and he denied misleading Senator Al Franken, Democrat of Minnesota, when he said in his confirmation hearing that he had not met with Russian officials about the Trump campaign.He said to reporters:

“In retrospect,”.“I should have slowed down and said, ‘But I did meet one Russian official a couple of times, and that would be the ambassador.”

Many top Democrats demanded Mr. Sessions’ resignation, while some have gone to the extent of saying he should go to jail.Sessions has since recused himself on from any investigation into charges that Russia meddled in the 2016 presidential election. And he has declined to make any comment regarding the investigation so as not to jeopardize it.He made the announcement, at a news conference on Thursday.Pres. Donald Trump has defended Mr. Sessions, stating: 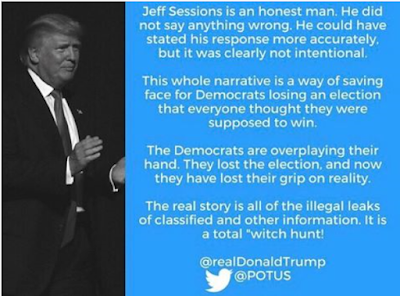 “Jeff Sessions is an honest man. He did not say anything wrong. He could have stated his response more accurately, but it was clearly not intentional.
This whole narrative is a way of saving face for Democrats losing an election that everyone thought they were supposed to win.
The Democrats are overplaying their hand. They lost the election, and now they have lost their grip on reality.
The real story is all of the illegal leaks of classified and other information. It is a total “witch hunt!”