Paul and Peter Okoye of Psquare are rich beyond your wildest dreams. They recently shared photos of their new luxurious Home. See Photos.
The twin acts shared photos of their super mansion on Instagram yesterday, Wednesday, March 8, 2017.
The photos showed their expansive living room with a state of the art TV, a cinema and a fancy red and white kitchen. 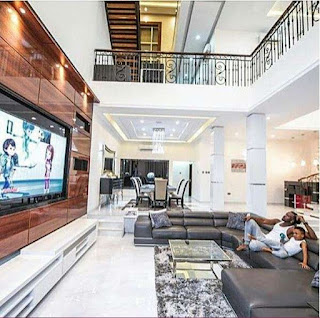 Away!!! to anyone who doesn’t want you to succeed in life can I hear an Amen !#backtosender,” wrote Paul Okoye in the caption of the photo of him and his son in the tasteful living room. See  below: 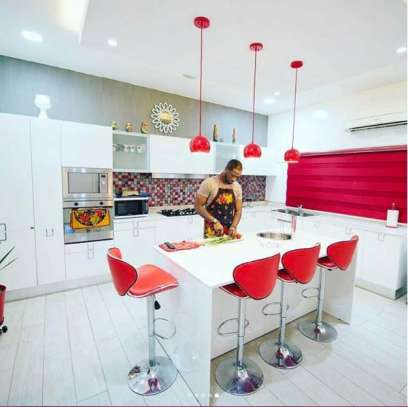 Peter Okoye in his kitchen (Instagram/peterpsquare)

Peter Okoye shared another photo a few days ago of him in the kitchen. In the photo, the superstar is playing with his dogs Yuki and Yoko.

Peter Okoye shared another photo a few days ago of him in the kitchen. In the photo, the superstar is playing with his dogs Yoko and Yuki.
Psquare is one of the richest music acts out of Africa. With a strong fan base in the continent, Peter and Paul Okoye charge up to $100,000 for a musical performance outside the country.

Within the last couple of years, internal drama and brief splits have threatened to tarnish the legacy of the pop group.

These new pictures prove that the Psquare brand is still strong as ever. Their latest video ‘Away’ was released on February 13, 2017. The video presently has over 2 million views