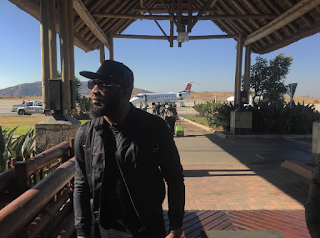 Praise Ugbede Adejo ‘born 8 March 1984’, better known by his stage name Praiz, is a Nigerian R&B songwriter, producer and singer. Praiz’s music career hit the limelight after he finished second runner-up at the maiden season of Project Fame West Africa.
Praiz, a native of Igala in Kogi State was born in Lagos but later relocated to Kaduna in 1992 after his father was transferred there on a missionary work. He is the second child out of four children. He has a National Diploma in Computer Science after graduating from Kaduna Polytechnic.
Praiz has been doing well in the music before he shot into limelight after emerging second runner-up in the first edition of Project Fame West Africa, a music reality T.V show which Iyanya went on to win.His performance in the competition increased his fan base making him one of the next rated star in the Nigerian music industry.
See Amazing Photos Of Him Below: