The Senate, on Wednesday, suspended former red chamber Leader, Senator Ali Ndume, for six months for not “conducting due diligence” before filing a petition against Senate President Bukola Saraki and Senator Dino Melaye.

Ndume was indicted for “for bringing Senator Dino Melaye, his colleague, and the institution of the Senate to unbearable disrepute.

The Senate Committee on Ethics, Privileges and Public Petitions made the recommendation in its report, which was considered by the lawmakers at the plenary on Wednesday.

The panel had recommended that the lawmaker be suspended for one year but some senators pleaded that the punishment be reduced by half, which was unanimously approved.

Ndume had, on March 21, 2017, urged the Senate to investigate the allegations that an armoured Range Rover, reportedly belonging to Saraki, said to have cost N298m, but which the chamber later said cost $298,000, was seized by the Nigeria Customs Service.

The lawmaker also called on the upper chamber of the National Assembly to investigate the certificate scandal involving Senator Dino Melaye. Chairman of the committee, Senator Samuel Anyanwu, presented the report at the plenary on Wednesday.

The report said, “That this story was cooked up with intent to embarrass the Senate President, the Senate and by extension, the National Assembly;

“That the complainant did not conduct due diligence before bringing the matter to the floor of the Senate;

“That as a former Senate Leader and a ranking Senator, he was expected to have weighed the consequences of the allegation, carefully investigated it before presenting it;

“That Senator Dino Melaye obtained a first degree in Geography from the Ahmadu Bello University, Zaria; and

“That having failed to cross-check facts before presentation at plenary, he could not be said to be a patriotic representative of the Senate and should be penalised to serve as a deterrent to others.”

But the committee, before its recommendations were amended, did not clear Saraki and Melaye.

The only initial recommendation in the report read, “The National Assembly does not import cars, it only buys from dealers.

“After due consideration of the matter as revealed by different parties to the case, the committee recommends that the Senate do suspend Senator Mohammed Ali Ndume for bringing Senator Dino Melaye, his colleague, and the institution of the Senate to unbearable disrepute at this time of our national life, when caution, patriotism, careful consideration and due diligence should be our watchwords.

But some lawmakers pointed out that the panel failed to clear Saraki and Melaye, the primary reason why the Senate conducted the probe. Others also pleaded that Ndume’s punishment be reduced.

Senator Joshua Lidani, who spoke first on the report, said, “I thought that the basis for this report was on the allegations against the Senate President and Senator Dino Melaye, and that should have been the first recommendation.’’

Senator Barau Jibrin stated, “If someone sees an allegation against anybody on social media or any frivolous or trivial allegation, I think it is quite improper to bring that allegation to the floor of the Senate, thereby wasting the time of this august Assembly. It is quite improper. I hope this kind of issue will not occur again.”

But Senator Abubakar Yusuf pleaded that the lawmakers “forgive” Ndume.

He added, “Senator Ali Ndume, from my interactions with him, is a first-time offender on this aspect. He has not done that before. He said he relied on what the papers said.

“Now that it has been proved wrong, my suggestion is for the Senate to ask Senator Ali Ndume to come publicly and apologise to the Senate, to the Senate President and to Senator Dino Melaye.”

Seconding the amendment, Senator Peter Nwaoboshi said, “I am supporting this but I want to give reasons. I want to make this point that Senator Ndume is not just a first offender; we took a decision on the Secretary to the Government of the Federation and he went outside and maligned the Senate.

“In our executive session, when the report by the DSS was read, he rose here and started begging all of us that we should send Magu back to the President; for President to take a decision on him (the nominee). After that, he went out to malign the Senate.”

The additional recommendation, as approved by the lawmakers, read, “Having been properly cleared of any wrongdoing by the findings of the committee, the Senate President, Dr. Bukola Saraki; and Senator Dino Melaye are, hereby, formally cleared of the allegations made against them.”

Ekweremadu urged lawmakers to always get their facts right on matters before presenting them to the chamber.

Ndume declined comment on his suspension after listening to one of our correspondents’ question.

On Sunday, Ndume said that he was aware of the move to suspend him.

When asked if he had seen online reports suggesting his imminent suspension, Ndume said, “I am on the social media too and I read it. But…I don’t know…I didn’t do anything. ‘‘I don’t know whether they just suspend people because they express their opinions but we will wait and see. I heard about it but I have not done anything to warrant such.”

Meanwhile, Buhari, on Wednesday, commenced moves aimed at improving the relationship between the executive and legislative arms of government which has gone sour lately.

At a meeting of the Federal Executive Council, which he presided over, the President was said to have set up a cabinet committee that would proffer a solution to the crisis.

The Minister of Information and Culture, Alhaji Lai Mohammed, disclosed this to State House correspondents after the meeting.

The Senate has protested against the retention of Mr. Ibrahim Magu as the Acting Chairman of the Economic and Financial Crimes Commission despite the rejection of his nomination by the lawmakers.

Mohammed said the executive arm was also concerned about the bad relationship.

He said, “The executive is also concerned that the relationship between the two arms of government is not as smooth as it is supposed to be.

“We must strive at all times to ensure that there is that balance, amity and smooth relationship.

“Just today at the Federal Executive Council meeting, the issue was discussed and a committee is already working on ensuring that we resolve all these outstanding issues.”

Giving further insight into the composition of the committee, Mohammed said it would be chaired by Vice-President Yemi Osinbajo.

He said the the two Senior Special Assistants to the President on National Assembly Matters, Ita Enang (Senate); and Samaila Kawu (House of Representatives) were also members.

The committee members met briefly after the FEC meeting at the Vice-President’s office. 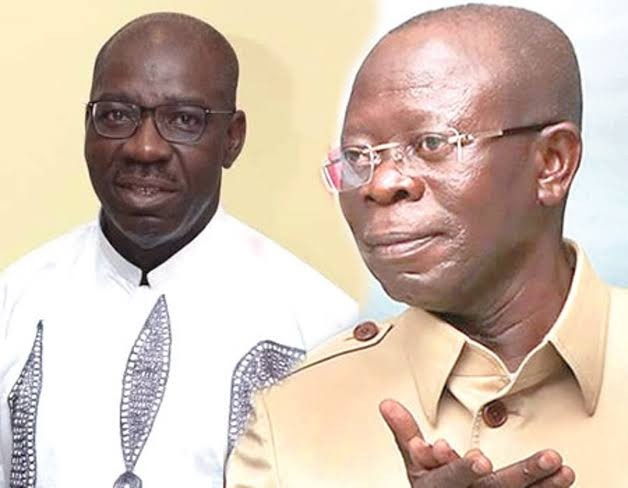 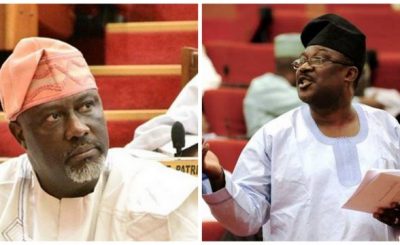 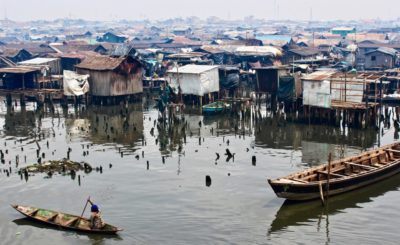 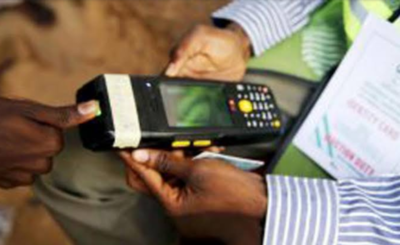 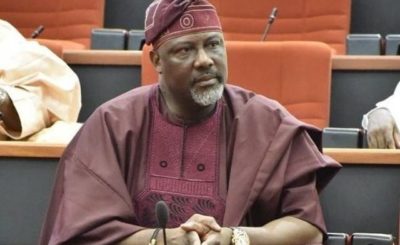