As the AMVCA Award start 4th March 2017,  – Actress Adunni Ade is the first guest on the red carpet for Uti and Helen Paul as she talks about her AMVCA nomination in the movie “It’s Her Day” as at 4:39PM

So cute! Adunni Ade’s date for the evening is her son

– Somkele Idhalama wearing a gorgeous dress by Andrea Iyamah on the red carpet as she chats with Eku Edewor. 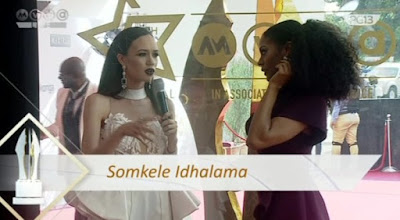 Sika Osei and Adebayo Oke-Lawal are hosting the style corner and they love the mono-strap trend already spotted on the two actresses that have stepped on the red carpet. 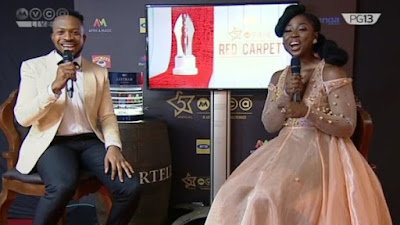 Eku and Nick are chatting with Falz in his head-to-toe white outfit! We called it that he’d step out of the box. 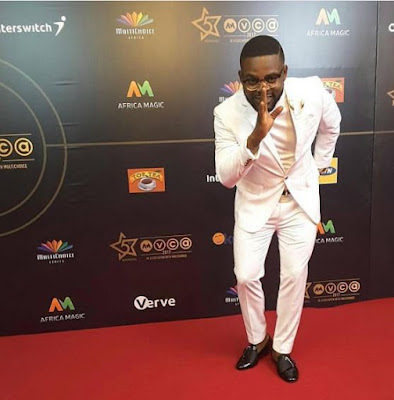 Falz says his all-white look is to channel the Yoruba Angel look. We love it! 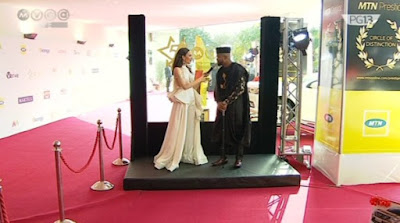 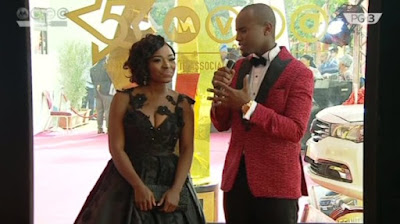 Uti and Helen are chatting with Kemi ‘Lala’ Akindoju who won the Trailblazer Award last year. She’s rooting for Lowla Dee, Somkele Idhalama and Judith Audu to win the award for this year. 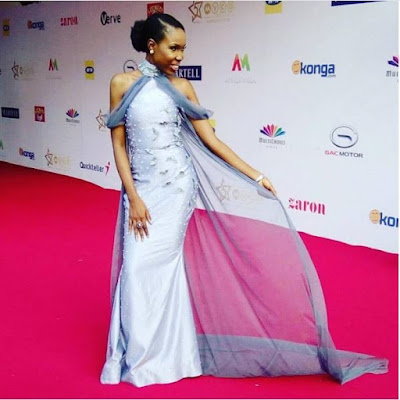 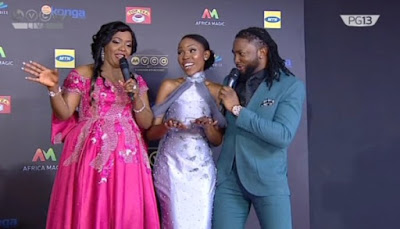 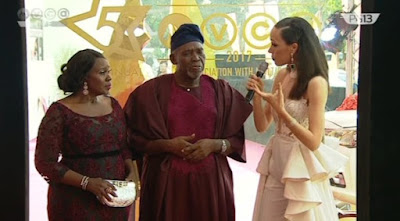 we have Olu Jacobs and Joke Silva on the red carpet matching in their outfits, styled by Yolanda Okereke. 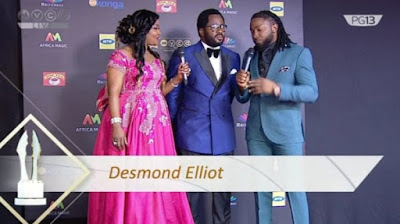 on the red carpet, chatting with Eku and Nick, wearing Tayor Gabriels. 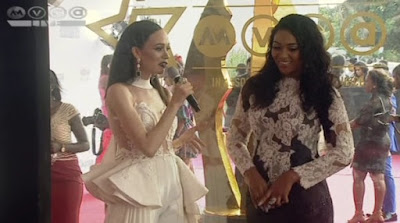 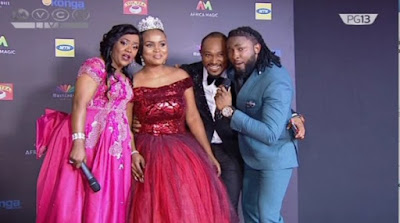 Helen and Uti on the red carpet. He’s dapper in a blue and black suit by Tayor Gabriels. 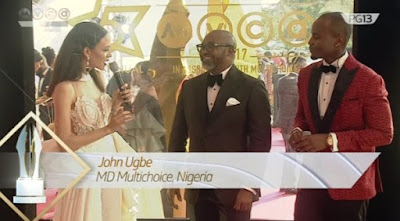 The red carpet has come to an end 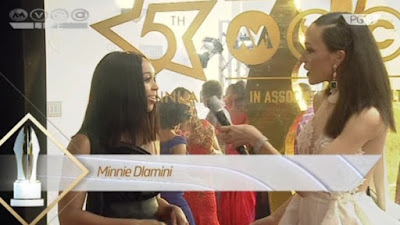 The show is about to kick off! 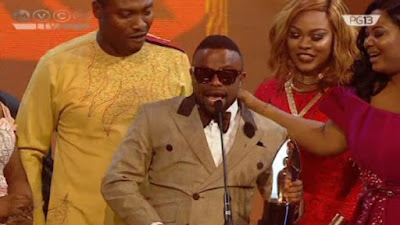 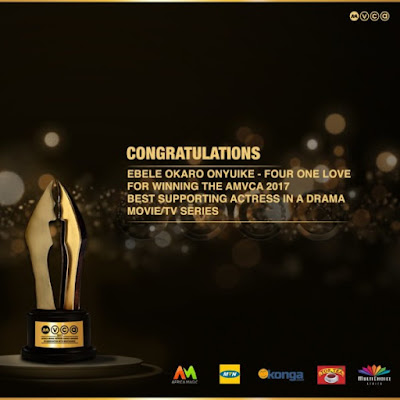 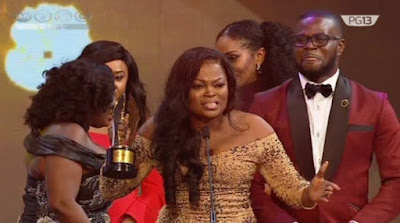 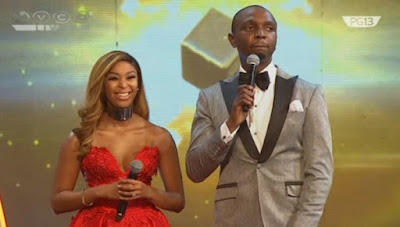 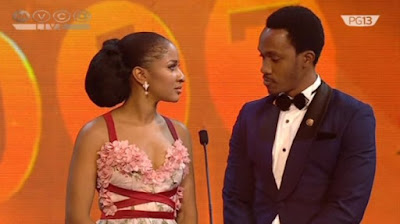