Sherifat Adetunji, 36-year-old seek Customary Court for dirvorce over her husband no longer ejaculating inside her during sex. 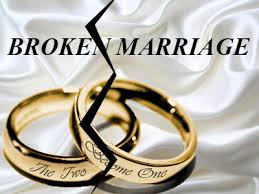 Sherifat Adetunji, 36-year-old  on Friday 10th February,2016 pleaded at a Lagos Island Customary Court that her marriage should be dissolved on ground that her husband was no longer ejaculating inside her during sex.

Sherifat the mother of two said that her 10-year-old marriage was filled with joy and blissful at past until five years ago when things fall apart.

She cried that her husband could go a year or more without making love to her and that when he did he would not ejaculate inside her.

“My husband has been starving me sexually, sometimes he will not touch me for a whole year and when he did, he would not release inside me.

“I have complained severally about my dissatisfaction over his attitude towards our sexual life, but has refused to change,” she said.

According to The nation report, She told the court that her husband once brought a strange man into their house to perform some rituals in the middle of the night and since then she started emaciating.

“My husband brought a man to pass the night in our house and that in the middle of the night they performed some rituals since then I have been growing lean.

“He did not show any concern about my state of health or why I was growing lean every day,” Sherifat said.

She, therefore, prayed the court to dissolve the marriage and give her the custody of their two children, Alia, 8, and Kismat, 5.

Her husband, Monsuru, 38, a trader, told the court that he thought his wife was happy in their marriage because they hardly quarreled.

He said he was surprised when she packed out of the house and brought him to court for the dissolution of their marriage.

He admitted his sexual behaviour, saying that it was due to the current economic recession so as to prevent his wife from getting pregnant.

“I stopped making love to her regularly and releasing in her because of the present economic situation in the country so that she does not get pregnant.

“The man she said I brought home was a distant relation who had no place to pass the night.

“The reason why my wife is reducing in size is because she does not give herself rest of mind, she is always worried about one thing or the other,” he said.

He urged the court to dissolve the marriage as he was no longer interested in the marriage because she had packed out of their matrimonial home.

The Court President, Mr Awos Awosola, said that marriage institution could only work if the two were in agreement.

“Marriage is for two people, not one; your wife should also have a say in the home.

“Since she has complained severally that you are starving her sexually, you should have made amends.

“If you do not want to get her pregnant you can always use condom,” he said.

Awosola urged the two parties to maintain the peace and adjourned the case to Feb. 16 for further hearing.