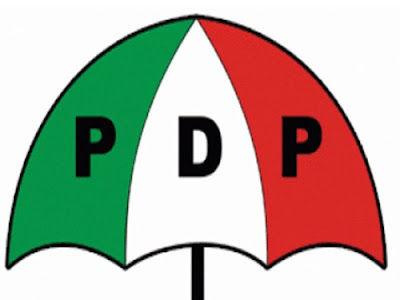 Peoples Democratic Party (PDP) and several other political parties have agreed to constitute a broad based political opposition, known as United Forum of Democrats.

The group disclosed this in a resolution signed by Prof. Jerry Gana on Thursday in Abuja after its Wednesday’s meeting.

According to the resolution the forum is made up of of the leadership of PDP, People’s Redemption Party (PRP), Social Democratic Party (SDP), Alliance for Democracy (AD), Accord Party (AP), among other political parties.

Gana, who was a former Information Minister had on Wednesday, while submitting the report of PDP Strategy Review and Inter-party Affairs in Abuja said that PDP was already meeting with some leaders of political parties.

He disclosed that the initial contacts had yielded positive responses from seven people-focused and social democratic parties which would meet in Abuja.

“This has nothing to do with the rumoured Mega Party, but a separate and highly principled initiative of the PDP. Our desire is to have all genuine democrats and friends of the people to flow together and provide a fresh and trustworthy leadership to promote and ensure people-friendly process of national development,’’ Gana said

According to the resolution, the forum will henceforth ensure that the electoral and security Umpires in the country act strictly within the dictates and ethics of their profession.

“We have resolved that we shall stand united and steadfastly work together in the interest of the vast majority of our people who are now suffering and traumatized.

The forum also upheld the recommendations of the 2014 National Conference and was resolved to work earnestly for its full implementation.

“We equally resolved that we shall work together henceforth in all upcoming elections as we approach 2019. This is to ensure we enthrone genuine democracy, good governance, respect for the rule of law and put an end to the reign of civilian dictatorship.’’