Noble Igwe Is Plus One Today

Noble Chibuzor Igwe popularly called “Nobs” by his friends is a native of Umuomaku in Orumba South Local Government Area of Anambra State. He was raised in Aba, Abia State, where his parents live. Nobel Igwe is a graduate of Urban & Regional Planning from University of Nigeria, Nsukka. He also has a Certificate in Entrepreneurship Management which he acquired from Pan Africa University. Nobel Igwe is the founder and Chief Executive Officer of 360 Group. The most popular in the 360 Group the 360nobs.com.

On March 28, 2016, the style influencer and entrepreneur Noble Igwe, had his traditional wedding.
Is Wife Chioma Otisi, the pretty brand manager has always been spotted by his side. 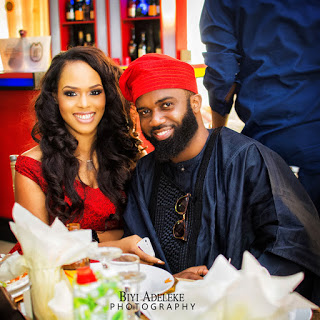