Biggie recently banished Bisola and Bally to the Arena and kept them in the dark as Biggie’s Ninjas were summoned to take them away from the Arena into a beautiful island style Paradise where the show’s host, Ebuka told them they were safe for the week because of their immunity which had earned a few days in Paradise.

The shock is that the other Housemates are unaware that Bisola and Bally’s exit are fake evictions.

This decision got fans talking as they commended big brother for the recent decision, in their words the housemates were getting too comfortable. 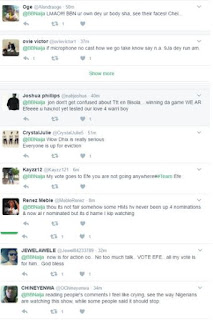 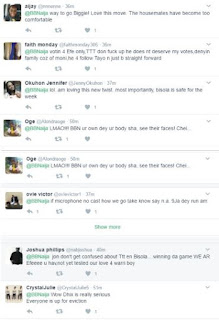