President of The Gambia, Adama Barrow has confirmed that defeated president Yahya Jammeh has stepped down.

In an announcement on state TV, he said it was “not necessary that a single drop of blood be shed”.
The statement followed hours of talks between Mr Jammeh and West African mediators. He gave no details of what deal might have been struck. 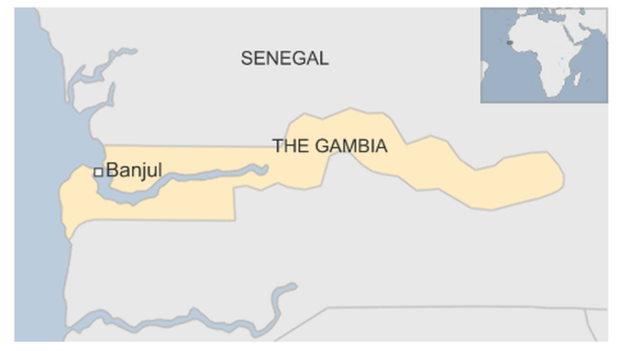 Mr Jammeh has led the country for 22 years but was defeated in December’s election by Adama Barrow.

Mr Jammeh’s decision to quit came after talks with the presidents of Guinea and Mauritania.
“I have decided today in good conscience to relinquish the mantle of leadership of this great nation with infinite gratitude to all Gambians,” he said.

“I promise before Allah and the entire nation that all the issues we currently face will be resolved peacefully.”
Shortly before the TV address, Mauritanian President Mohamed Ould Abdel Aziz said that a deal had been struck and that Mr Jammeh would leave the country. He gave no further details.

Mr Jammeh was given an ultimatum to leave office or be forced out by UN-backed troops, which expired at 16:00 GMT on Friday. 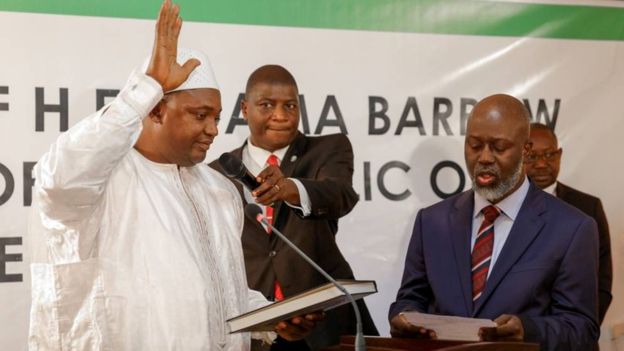 Barrow on Thursday took the oath of office as Gambia’s new president.

He was sworn-in about 5PM Senegalese time at the Gambian High Commission in Dakar, Senegal.

Barrow succeeded Yahya Jammeh, who lost in the December 1 presidential election and refused to vacate office when his term expired midnight on Thursday.