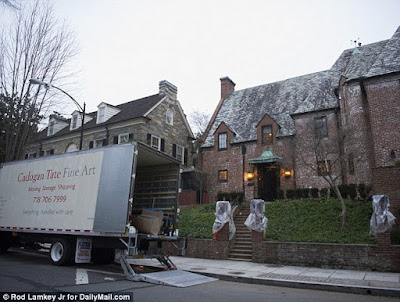 President Obamas and his family  will be taking up residence in a 8,200-square-foot-home they have leased in DC, where they decided to stay for two years while Sasha finishes high school.

The home was built in 1928 and features nine bedrooms and eight-and-a-half baths.

The Obamas are leasing the house from Joe Lockhart, who served as press secretary to Bill Clinton, and his wife Giovanna Gray, an editor for Glamour.

Vice President Biden and his wife Jill meanwhile will depart DC on Friday for Delaware on Amtrak.

The $4.3 million home features plenty of room for the Obamas to stretch out – with separate dressing rooms and his and her bathrooms, entertaining space, and a tranquil garden.

Moving vans were spotted on Monday outside the  DC residence that President Obama and his family will be moving into come next week.
ALSO READ : 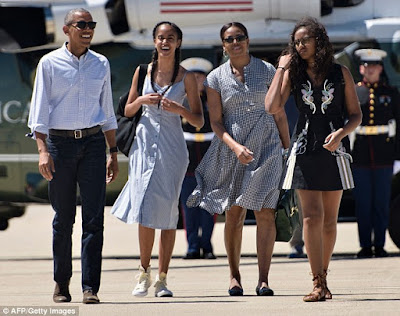 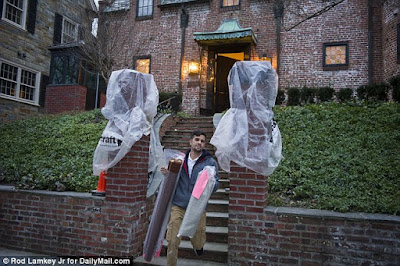 According to TMZ reports, the family will board a helicopter after leaving the Capitol on Friday which will take them to Andrews Air Force Base, where they will board a government plane for the trip out west.
It will only be a one-way flight however, with the Obamas having to pay for their own tickets home at the end of the trip.

President Obama will be jetting out of Washington DC immediately after Donald Trump’s inauguration on Friday and heading to a much warmer climate.
It has been revealed that for his first vacation after he leaves the White House, Obama and his wife Michelle along with their two daughters Malia and Sasha will be heading to sunny Palm Springs, California.

There is a good chance that the Obamas could be staying at the home of Michael Smith and James Costos.
Smith has been the interior designer for the Obamas since they entered the White House, and Costos is a former HBO executive who in 2013 was named the United States ambassador to Spain.

The Obamas have stayed in the couple’s Rancho Mirage home numerous times in the past when they traveled to Palm Springs. 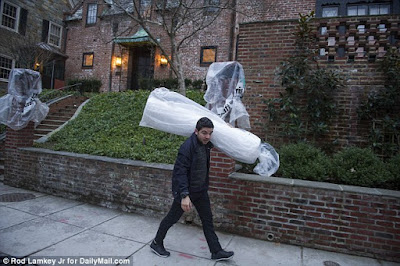 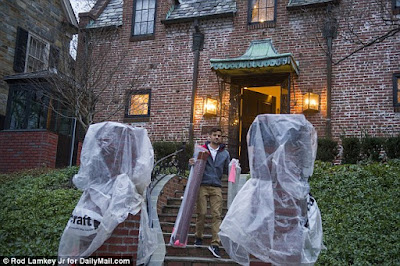 The 11,000-square-foot home was featured in an issue of Architectural Digest back in 2015, which revealed that the residence was purchased as a weekend retreat for the couple.

‘The President and Mrs. Obama basically woke up in the morning to the same view of the valley. There was something lovely about that thought.

‘It made me contemplate all the change that has taken place in those decades, contrasting with the timelessness of this beautiful desert landscape.’