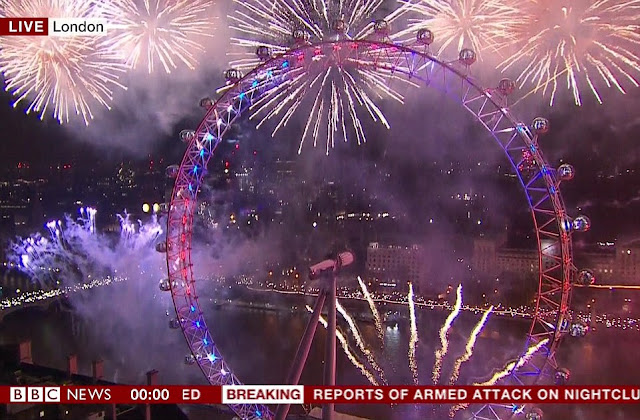 One million revellers lined the streets of London to watch the spectacular fireworks display and celebrate the arrival of 2017.

A total of 12,000 fireworks painted the night sky of London during the Mayor’s showcase display on the banks of the River Thames.

Some of the stars the world lost in 2016 were honoured during the 12-minute spectacle, as Bowie, Prince and the Two Ronnies, which included the late Ronnie Corbett, featured in the soundtrack.

People gathered by London’s famous landmarks, including Big Ben and the London Eye, to watch the fireworks light up the sky.

It was the first time where people without tickets were able to view the fireworks from three locations through a 360 degree live feed on the BBC that started at 11.50pm.
This year’s feverish countdown also lasted longer than usual – an extra second – as a so-called ‘leap second’ is introduced to compensate for a slowdown in the Earth’s rotation.

Mayor of London Sadiq Khan said he had been concerned ‘bearing in mind what happened in Berlin about safety in London’, but that it had been a great Christmas.
Wishing everybody a happy new year he added: ‘People are optimistic about the future, even people who maybe were down in the dumps about the vote to leave the EU, as Remainers understand that actually now we’ve got to make a success of it. 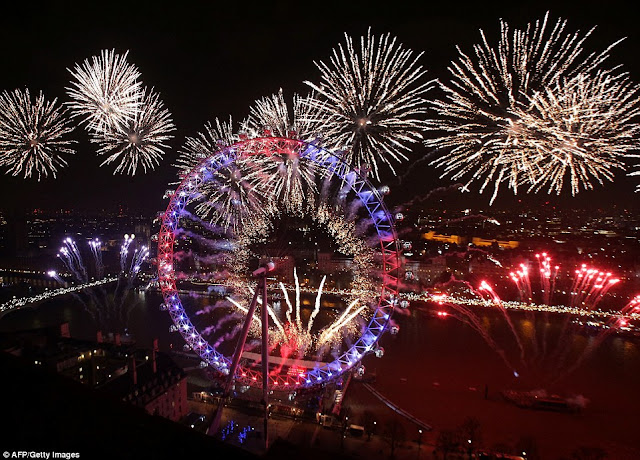 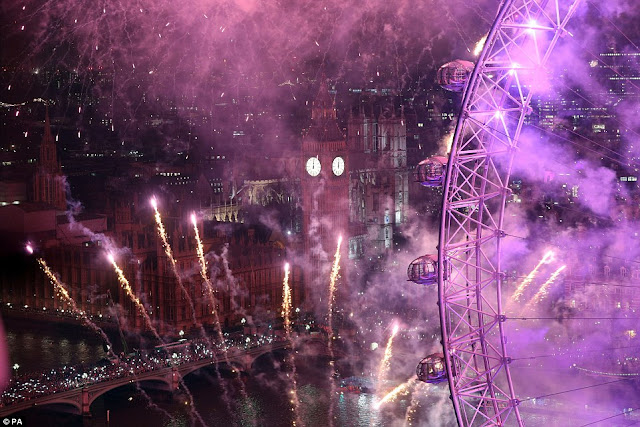 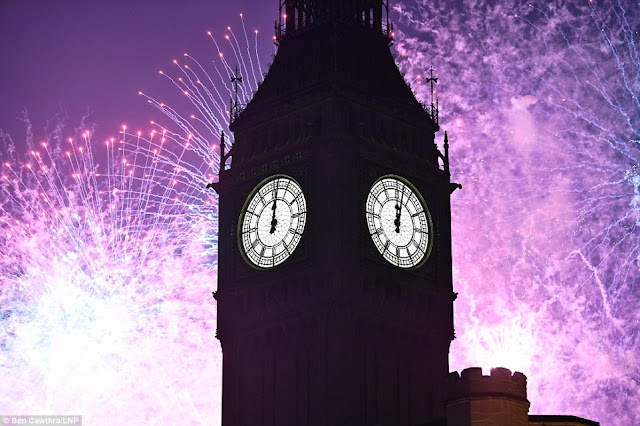