It is incredibly tragic as this couple who joyously travelled to Liberia on holiday from the USA, will never make the journey back.

Lawrence and Shelly Gross are a Liberian-American couple based in the USA.

The couple decided to travel to Liberia on holiday to spend the Christmas holiday and also celebrate their wedding anniversary.

Friends from all over the world along with their relatives based in Liberia were looking forward to the celebration.

The couple arrived in Liberia on the 23rd of December and were staying with Shelly’s aunt identified as Kemah in Monrovia.

The day after they arrived, they were invited to have dinner at the house of Lawrence’s brother.

Lewis and Lawrence are close and have been involved in various business deals together over the years.

What happened next is the major point of contention.

They came back home after dinner and the next morning – Christmas Day 25th December 2016, Shelly was discovered unconscious and her husband allegedly called out for help but soon fell unconscious as within minutes, before help could arrive, both were confirmed dead.

While the official cause of death has been registered as Carbon Monoxide inhalation from the generator, Shelly’s family members are claiming the couple were poisoned.

It is reported that the day after the couple arrived, they were invited to dinner at Lewis’ house. Upon the couple’s arrival there a little after 8pm, a cousin of Shelly’s (name withheld) who had driven the couple to the place in his mother’s (Kemah) car, was reportedly stopped by security officers from entering Lewis’ fence, thereby ushering in only the couple – a move that raised a little suspicion from the couple but was not expressed.

“My brother said that he had to wait in the car for over two hours. Lawrence and Shelly finally came out few minutes past 11pm and that was how they proceeded home. We had no idea what might have transpired there,” an inner family source told the Daily Observer. “Why did they stop the boy from entering the fence? This is the question that is holding Lewis and his family by the throat because they can’t provide any justification,” she said. 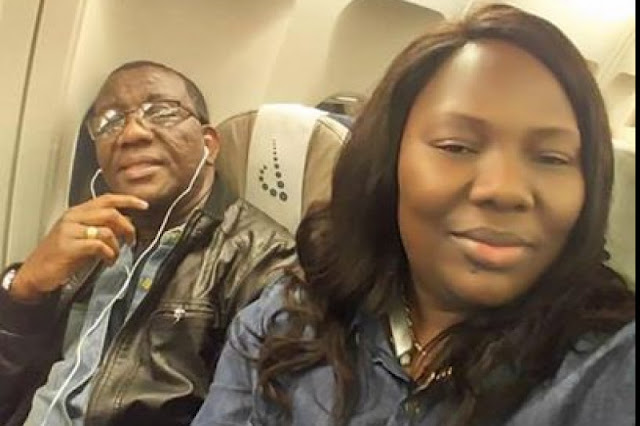 Though there were eight persons who slept in the house that night, Lawrence and his wife were fatalities of the alleged carbon monoxide incident. The aunt and her husband were also discovered unconscious and sent to hospital immediately. Lawrence and Shelly were given the master bedroom that belonged to her aunt. The room is located further down the corridor from the front of the house, where the garage, which houses the generator, is located.

“The people are saying that it is generator smoke, but why is it only Shelly and her husband that were killed when we were eight that slept in the house? Their room is even farther away than any one of us. I had my niece sleep right here and nothing happened to her,” Aunty Kemah was heard telling visitors at her house yesterday.

“The government has said it is carbon monoxide and we are powerless and nothing we can do, but God is in heaven and he knows what happened here. He will fight for us,” she said, adding “upon the arrival of the autopsy team here, they had not even begun their work when they even started mentioning generator smoke. This clearly indicates that this was premeditated.”

Our source further told FrontPage Africa that Lawrence’s brother owed the couple US$40,000 for business he had transacted for them in Liberia.

Friends Speak Out
Bernard – a long-time friend of Mr. Gross who came along from Canada to join in the wedding anniversary celebration told FrontPage Africa via cellphone:

“I refuse to accept the death so I’ve not even had the courage to reach to the house to find out what happened. By this time Lawrence and I should be together right now. We even planned to hang out together last night (25th Dec).

We all planned this trip—just to come and have fun because they came to celebrate their wedding anniversary. 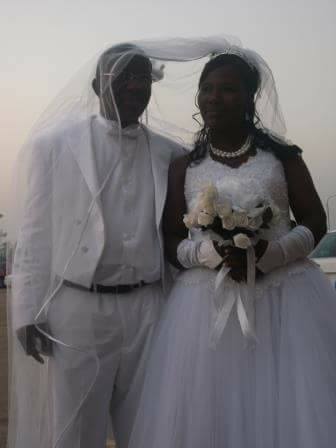 We were supposed to go Cape Mount next week to have a feast – I think for his mother – he hasn’t cleared his things.

He came with his own shipment. He brought his own drinks. I think he planned on clearing them on Tuesday. He came with a plan.

He even brought a PA system for the SDA Church in Logan Town.”

Both families are now in mourning., However, due to the circumstances surrounding the death of the couple, accusations are being thrown from both sides.

A GoFundMe campaign has been launched for funeral expenses.

Many Africans in Diaspora have reacted with fear as the sad details of this incident feeds into their deepest fears especially related to visiting home (Nigeria, Ghana etc…).

May the souls of the dearly departed rest in peace.