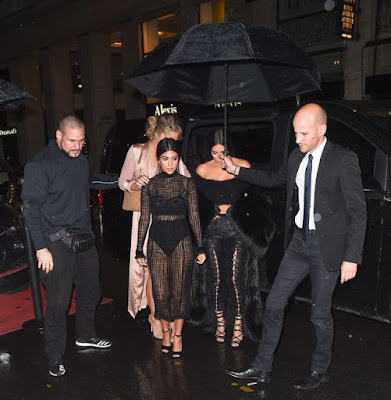 The Mother of two and business woman Kim Kardashian ‘s Paris limo driver has been released ,and was not a suspect in the robbery, according to his company.

Michael Madar( pictured with the umbrella) , who was reportedly among the 17 arrested in connection with the traumatising October robbery,  was released with no criminal charges, TMZ reports.

It is claimed that Madar was in police custody “for testimony purposes” only.


The transportation and management service company has stated that it nor Madar had anything to do with the robbery in Paris .

Police confirmed that the 27-year-old limousine driver would have known all her movements.The driver worked for an upmarket limo firm that was used by the entire Kardashian family whenever they were in Paris.

Pierre B. – the alleged ringleader was arrested after officers broke down the gate of his villa in Plascassier, a village near Grasse, in the south of France.

The arrests will end ‘outrageous’ speculation that the robbery was all a publicity stunt , her lawyer said today.