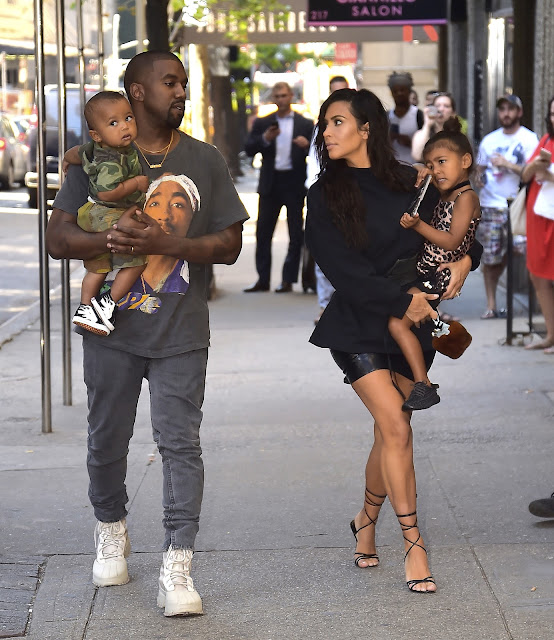 American Raper Kanye West for the first time, took his family: Kim, and the kids, North and Saint, to his late mum’s grave after the New Year celebration.

TMZ reports that the family flew on a private jet to Oklahoma city where West’s mother, Donda was buried.

The rapper who was very much attached to his mother lost her in 2007 after multiple cosmetic surgeries.


The rapper had written songs ‘Hey Mama and ‘Only One’ to express his love for his mother.

This must have be an emotional trip for the family. May she continue to Rest in Peace.