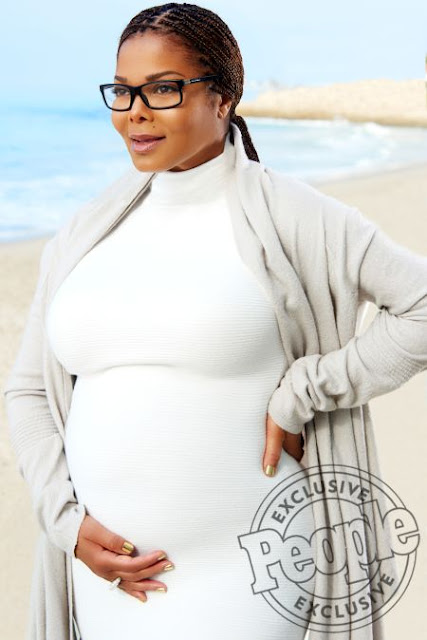 The PEOPLE report that “Janet Jackson and husband Wissam Al Mana are thrilled to welcome their new son Eissa Al Mana into the world,” a rep for the singer, 50, says in a statement.

“Janet had a stress-free healthy delivery and is resting comfortably.”

Want all the latest pregnancy and birth announcements, plus celebrity mom blogs?.

Jackson married Qatari businessman Al Mana in 2012, and news of their first child’s impending arrival was reported in May. Speculation first began when the singer postponed her Unbreakable World Tour so, as she said in a video posted to Twitter in early April, she and Al Mana could focus on their family.

“We’re in the second leg of the tour, and there actually has been a sudden change,” she said in the clip. “I thought it was important that you be the first to know.”

“My husband and I are planning our family,” she continued. “So I’m going to have to delay the tour.”

In October, the singer shared a baby bump photo exclusively with PEOPLE, saying, “We thank God for our blessing.”

Though Jackson has been fairly quiet regarding her pregnancy, she was spotted running errands for baby supplies at London’s Back in Action furniture store in September. And while she was out and about, Jackson kept her baby bump under wraps in sweatpants, a black sweater and a matching scarf.

Soon after the sighting, a source close to the Jackson family told PEOPLE Jackson was eager to become a mom for the first time.

“She is super excited about her pregnancy and is doing extremely well,” the source said in September. “She actually feels very good about everything.”

“She’ll be a great mother because she is very tough, very strict,” Jermaine who has nine children of his own, said in May.

“But I tell her, ‘If you need any parenting skills or baby skills, let me know because I’m the best diaper changer there is on this planet, still to this day.’ ”