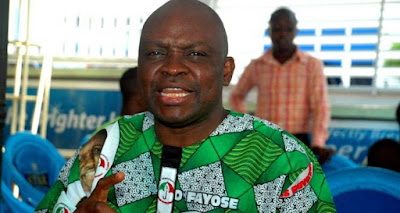 Fayose said this is to ensure no PDP Chief would be strong enough to contest against him when the time comes.

“Magu was indicted by their own DSS and they are still saying the AGF should investigate- is AGF the police? After Magu had been indicted by the DSS, what are they investigating again? Are they saying DSS report is no longer credible?
“As far as I am concerned, President Buhari is not fighting any corruption. He is fighting his political foes. They are just trying to make all Nigerians paupers so that when they share N1,000 at the polling units, it will be like N1m.
“God is a God of single-standard, not double-standard. This Buhari’s government is a govt of double-standard.”