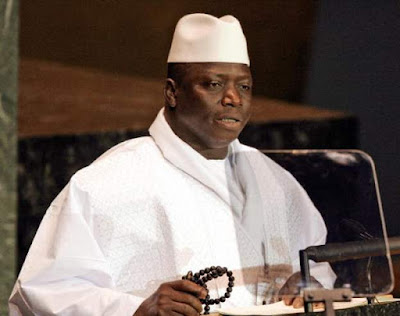 The long-time leader of Gambia Yahya Jammeh, has allegedly stole more than $11m (£8.8m) from The Gambia’s state coffers following his departure. adviser to President Adama Barrow has said.

Luxury cars and other items were reportedly loaded on to a Chadian cargo plane as Mr Jammeh left the country.

Mr Jammeh, who flew into exile after 22 years in power, has not commented on the allegations.

President Barrow remains in neighbouring Senegal and it is not clear when he will return. Sequel to Mr Yayha Jammeh refusal to accept election results but finally left after mediation by regional leaders and the threat of military intervention.

So, Mr Barrow is likely to return only when Ecowas thinks it is safe.

Mr Fatty told reporters in the Senegalese capital Dakar that The Gambia was in financial distress.

“The coffers are virtually empty,” he said. “It has been confirmed by technicians in the ministry of finance and the Central Bank of the Gambia.”

He said Mr Jammeh had made off with nearly 500 million dalasis ($11.3m) in the past two weeks alone.

According to BBC report,Mr Fatty said the money looted from the state coffer is a lot of money, considering that we spend about 200 million dalasis on required expenditure relating to payment of civil service and so forth.

Mr Fatty said officials at The Gambia’s main airport had been told not to let any of Mr Jammeh’s belongings leave the country.

However, two Rolls-Royces and a Bentley were flown out over the weekend, and 10 others were at the airport waiting to go, reports the BBC’s Umaru Fofana from Banjul.

Reports said some of the former leader’s goods were in Guinea where Mr Jammeh had stopped on his journey into exile.

Mr Jammeh is reported to now be in Equatorial Guinea, although authorities there have not confirmed it.

He is suspected to have business interests in the oil-rich state, and is likely to be protected by President Teodoro Obiang Nguema.

The president has ruled the central African country since 1979, and is seen to be authoritarian, like Mr Jammeh.

Equatorial Guinea does not recognise the International Criminal Court (ICC) and has weak civil society and opposition groups, reducing the chances of the government coming under pressure to hand over Mr Jammeh to either the ICC or Mr Barrow’s government for prosecution.

While army chief Ousman Badjie has pledged his loyalty to Mr Barrow, it is unclear whether the elite presidential guards support Mr Barrow.

Since Mr Jammeh’s defeat, some members of the new governing coalition have feared the long-term leader would withdraw to his farm in his home village of Kanilai, near the border with southern Senegal, and launch a rebellion.

A top Gambian army commander, who is with the regional force, told the BBC that no heavy weapons were found at the presidential mansion.

There were concerns that weapons may have been hidden or taken to Kanilai for “future sinister use”, the commander added.

The Gambian security forces, especially intelligence agents known as the Jungulers, were repeatedly accused of torturing opponents, detaining them without trial or killing them.

One man was reportedly forced to drink cooking oil, while others had melted plastic bags dripped onto their skin, it said.

Mr Jammeh had also implemented tough measures against gay people. He called them “vermin” and threatened to slit their throats.

Mr Barrow has said he will establish a Truth and Reconciliation Commission to investigate abuses. 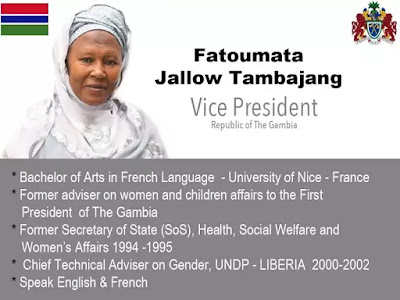 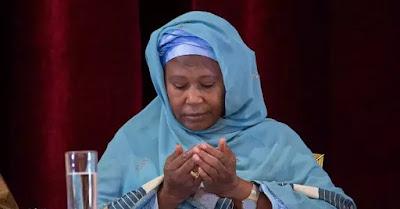