Donald Trump had reportedly ignored to call President Buhari who was among the first world leaders to congratulate him after he defeated Democratic candidate Hillary Clinton in the November 8 elections.

Deji Adeyanju, a Twitter user with close ties to the Peoples Democratic Party (PDP) has tweet that United States of America president-elect Donald Trump has invited ex-president of Nigeria Goodluck Jonathan to his inauguration on Friday, January 20, 2017.

Trump has been making some comments that have got Nigerian government officials worried about the nature of relationship that would exist between the two countries after the exit of outgoing president Barack Obama.

Fayose had said on Thursday, January 19, 2017 that Buhari was deliberately snubbed by Trump because he is no longer relevant internationally.

Ekiti state Governor said: “With Obama’s role in the emergence of President Buhari, it can be said that he (Obama) is a member of the APC in the diaspora.

“There is more to it that in an important event like the inauguration of a new US president, our president will be missing in action,” the governor said while wondering why the same Buhari, who was a regular visitor to the US under Obama, is today not part of the historic inauguration of a new administration

“No doubt, something is fundamentally wrong because if there is hope of a future relationship between President Buhari and the new US President, they would have been celebrating his inauguration and would not have allowed Nigerians to hear any other news apart from Buhari going to America. 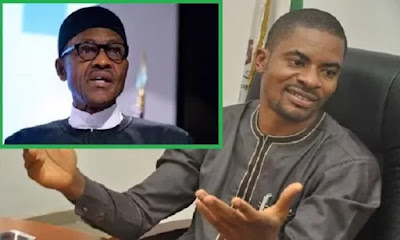 “Obviously, Buhari’s junketing to US that gulped $1 million per trip, has come to an inglorious end,” the governor added.

However, The presidency has replied Governor Ayodele Fayose of Ekiti state over his comment on why he thinks Donald Trump, the president-elect of the United States refused to invite President Muhammadu Buhari to his inauguration scheduled for Friday, January 20.

Fayose was educated by Shehu Garba, Buhari’s spokesperson, who said it was necessary to refute the claims by the governor.

“Gentlemen, I think we should respond to refute this falsehood.

“The US does not invite heads of state or president to the inauguration of their presidents. Our president could therefore not have been snubbed,” a statement from Garba said.