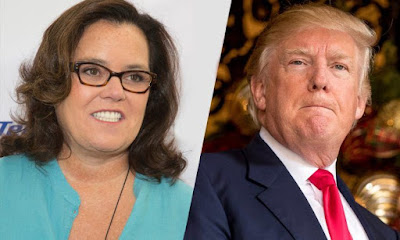 Donald Trump ripped Rosie O’Donnell during the first Republican presidential debate in 2015, saying that she was the only woman about whom he had ever made disparaging comments.

Now, with less than 10 days until Trump takes the oath of office, O’Donnell says that she’d support “martial law” in order to delay his inauguration.

“FULLY SUPPORT IMPOSING MARTIAL LAW – DELAYING THE INAUGURATION – UNTIL TRUMP IS ‘CLEARED’ OF ALL CHARGES,” O’Donnell wrote in response to a Twitter user who suggested the U.S. military take control of the government until the president-elect can prove he  has no financial ties to Russia.

I FULLY SUPPORT IMPOSING MARTIAL LAW – DELAYING THE INAUGURATION – UNTIL TRUMP IS “CLEARED” OF ALL CHARGES https://twitter.com/MasterMarquette/status/819386479587643392 …